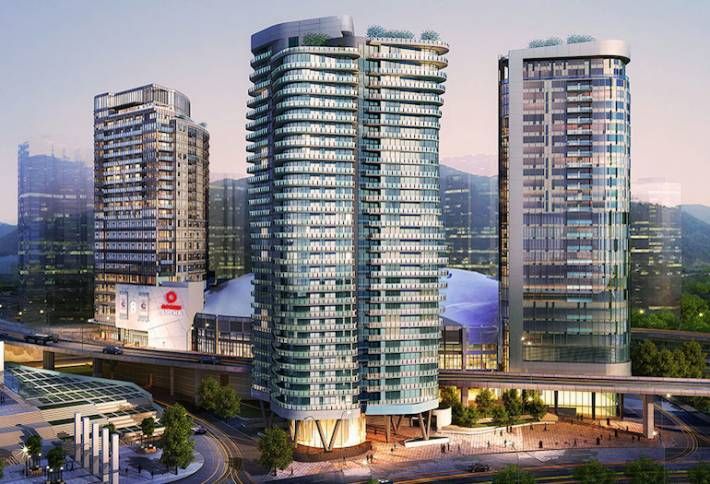 Phase 1, Aquilini Centre West (seen above at left) has 197 rental suites atop 12 floors of commercial space. Aquilini-owned Rogers Arena is using 17k SF on the tower's first three levels for an expanded concourse, with retail and food/beverage services and additional washroom facilities. The building will also have a 10k SF eatery with public street access. Aquilini Centre ultimately will have 600 rental units in its three towers, condo-style suites with quartz countertops, in-suite laundry and amenities like a rooftop terrace and fitness centre. 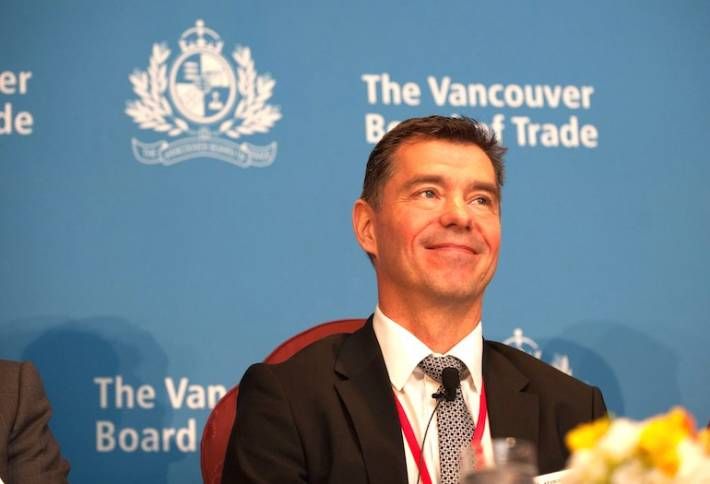 Kevin Hoffman, Aquilini’s development and construction SVP, tells us Aquilini Centre was a rental project from the get-go, a response to robust demand for apartments downtown. Affordability is precluding homeownership for many, but Vancouver’s existing rental market is sorely lacking, with tired old buildings that don't match the offerings of modern condos. “There’s a huge opportunity here, and huge demand for high-quality rental.” Unlike tenants living in investor-owned rental condos, he notes, Aquilini Centre residents can feel secure knowing "they're not going to be asked to leave because the owner wants to sell.” 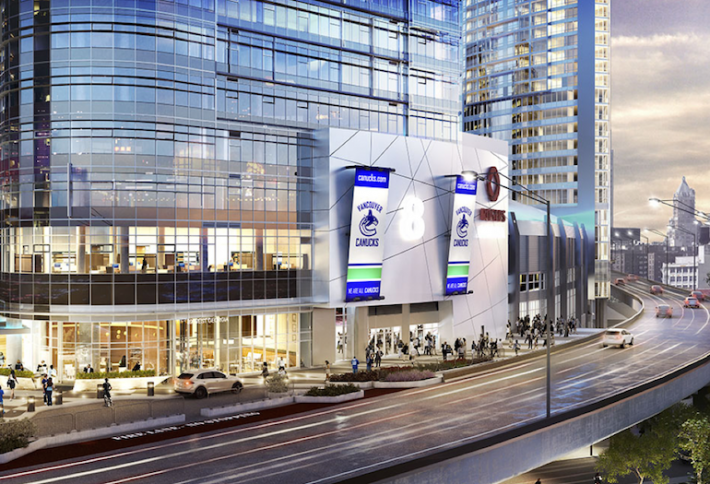 Aquilini Centre West has 106k SF of office over nine floors, with two patios per level and and operable windows. And the building, seeking LEED Gold, boasts a prime location: connected to Rogers Arena; at the junction of Gastown, Yaletown, False Creek and Chinatown; and steps from the SkyTrain. Kevin says Aquilini Centre represents a “unique opportunity" for the community to forge its own identity as a sports and entertainment district. “There's never been a development like this in Vancouver,” he says, adding the Aquilini family intends for it to be a legacy project.