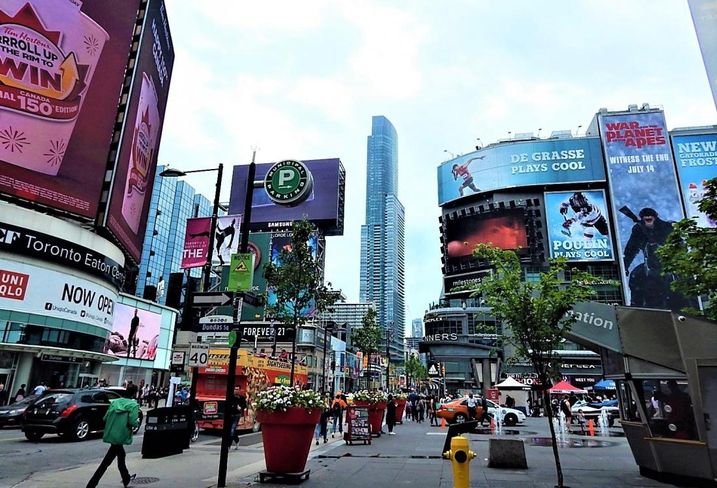 "The city is finally moving into the 21st century and embracing technology that can improve traffic," Mayor John Tory said at the recent installation of the first smart traffic signal at the intersection of Yonge Street and Yonge Boulevard.

"Over the last three years, we have finally focused on fighting traffic in Toronto and improving commute times. I am determined to build on the progress we’ve made and continue the fight each and every day.”

Standard traffic signals are fixed to a set timing cycle for morning and afternoon rush hours and off-peak times. But the two new signal technologies — InSync and SCATS — are able to adjust traffic signals independently to respond to traffic patterns as they occur.

They can also communicate and synchronize with other smart signals in the vicinity to alleviate congestion.

InSync, to be tested at 10 locations on Yonge Street between Yonge Boulevard and Castlefield Avenue, makes decisions based on video-analysis camera detection that measures queue lengths on the approach to the intersection and relays that data to the signal.

The SCATS signal technology will be tested at 12 locations on Sheppard Avenue East between Neilson and Meadowvale roads. SCATS makes decisions using radar detection to measure traffic flow up and downstream of the intersection.

Both technologies will be tested and compared to decide which system fits Toronto best. The technologies’ effectiveness will be measured by comparing before-and-after traffic volumes and travel times using new count stations and Bluetooth detectors, and commercial GPS data provided by HERE, a traffic data sharing company.

The signals will be installed over the coming weeks at a cost of between $100K and $150K per intersection.

This latest traffic project is part of Get Toronto Moving, a new transportation plan announced in September aimed at dealing with Toronto’s growing gridlock problem.

Last month, the city launched the controversial King Street pilot project between Bathurst and Jarvis. The program gives priority to transit, forcing vehicles to turn off the street after one block and reducing parking.