Canderel hadn't necessarily planned on opening a new LCBO at 777 Bay. (Just as we never plan on going to one until...life happens.) But when OfficeMax Grand & Toy suddenly moved out, the swelling College Park populace could no longer be denied. 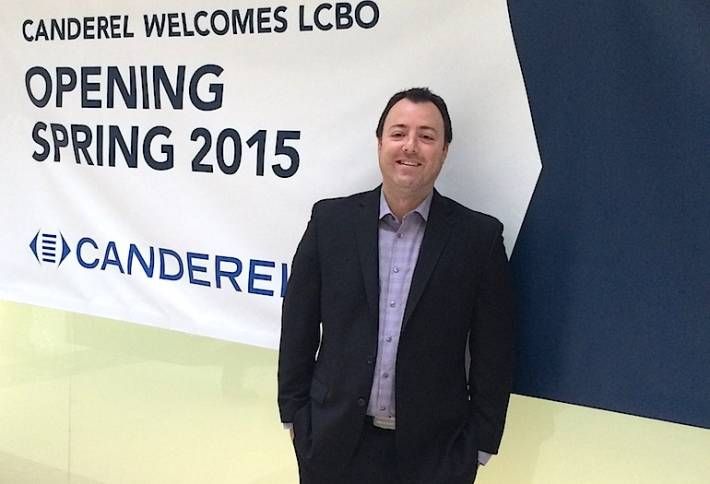 Canderel VP Michael Vilner, snapped on site, tells us the LCBO, which opens next spring, will be 4,800 SF, typical for its urban-format stores. With all the residential and office density on the block, "it was a shoe-in for them," Michael says, noting he's been talking with the LCBO for a few years about opening a location at 777 Bay. When the Grand & Toy space came available, "it was a perfect fit." Canderel is also putting 777 Bay through a major revamp of its street-level shopping concourse and its Bay and College Street entranceways. 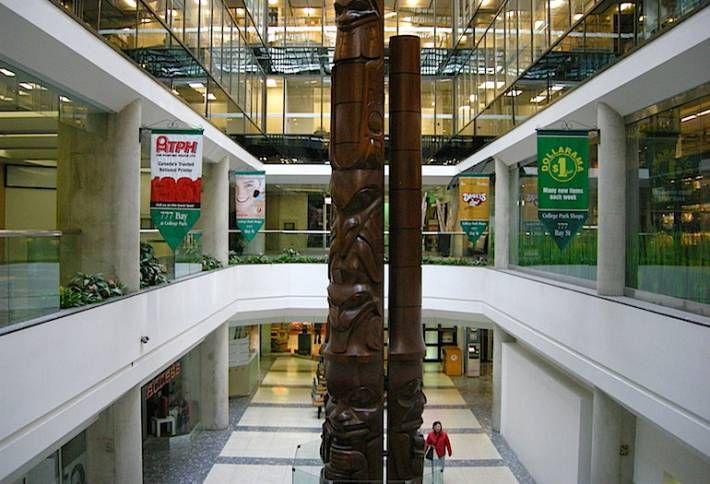 Michael says the LCBO is the “missing link” in 777 Bay's retail selection, which includes a grocery store, Rexall PharmaPlus, TD Canada Trust and Dollarama in 75k SF of space. Canderel bought the building in 2006 and expanded it in 2012 to accommodate a new Sobeys (seen below), easing crowding at the existing Metro supermarket at College Park. 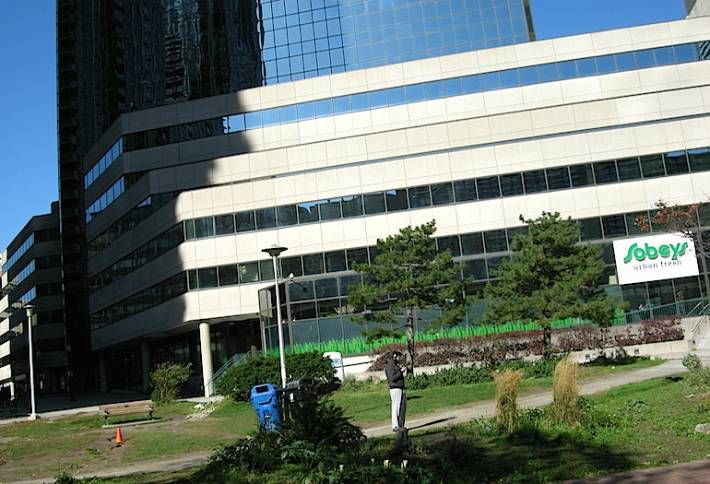 College Park's population boom can largely be attributed to the Canderel condo projects that are connected to 777 Bay: the two-tower Residences of College Park and the mammoth 78-storey Aura, Canada’s tallest condo. Another project, YC Condos, is under development on Yonge just north of College. The retail at 777 Bay used to service just the building's office tenants, Michael notes. Now it’s a true mixed-use complex, with more retailers open on evening and weekends, many seven days a week (including the new LCBO).