Dream Office REIT just moved to its new home at Scotia Plaza, space that reflects the firm's open culture while highlighting what’s possible for prospective tenants at the iconic bank tower, which is facing 200k SF of vacancy. 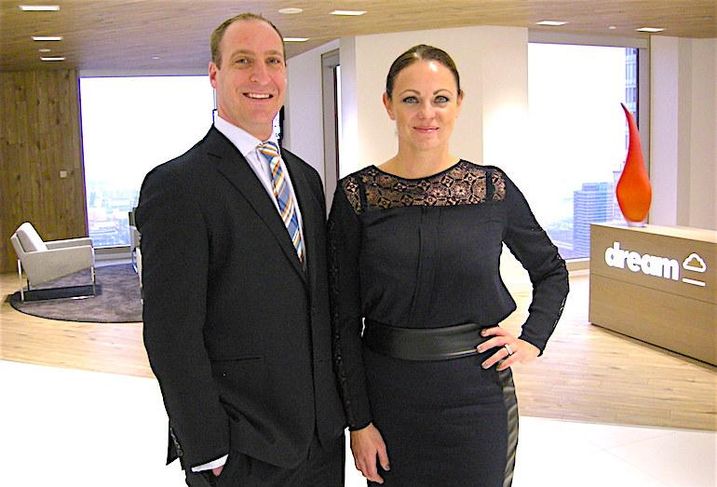 We snapped Dream Office REIT's portfolio management SVP Kevin Hardy with figure3’s Suzanne Bettencourt, who designed the new digs (shared with Dream Global REIT). Kevin tells us the two groups outgrew the space they shared with Dream Unlimited and Dream Industrial at 30 Adelaide St E, a Dream-owned building where they’d been for a decade. Plus, one of its tenants there, IFDS (a sister company to State Street Financial), needed more room. “So we moved our 30k SF out of the way.” Meanwhile, the jewel of Dream's portfolio, Scotia Plaza, has a leasing challenge ahead. “And we wanted great space to show its potential.” 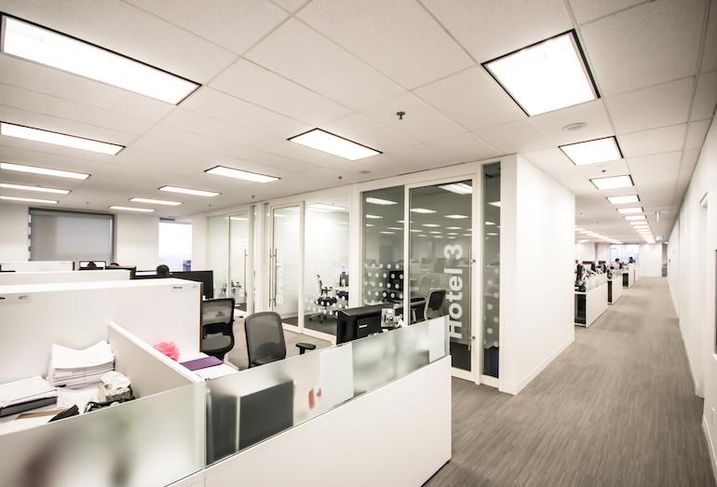 Dream's bright new office, including hotel rooms for remote workers. (CEO Jane Gavan sits at a regular desk amid the fray, Kevin points out.) Scotia Plaza—the subject of sale reports as Dream rolls out a $1.2B disposition plan—still has most of the original tenants from when Campeau Corp built the 68-storey tower in 1988. (Dundee, now Dream Office REIT, and H&R REIT bought it in 2012 for $1.3B, the largest commercial asset sale in Canadian history.) Parts of the building were refreshed over the years, but Dream—working to fill floors 41 to 47 by January 2017—wanted its new office to showcase the kind of au courant space tenants can create at Scotia Plaza. 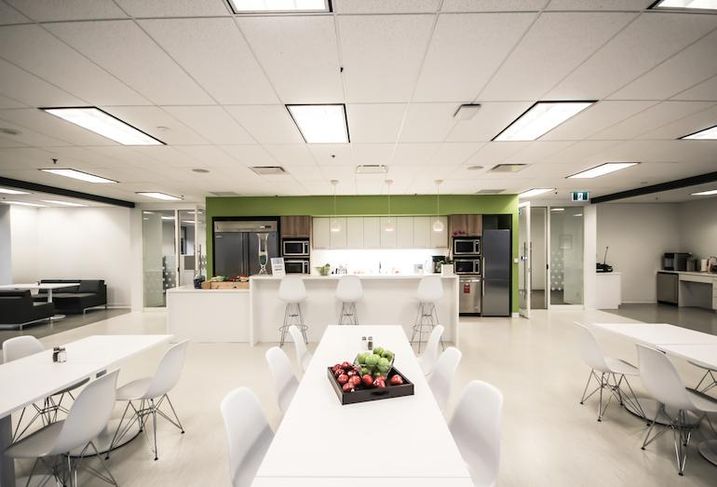 The gleaming lunchroom. (Bisnow can attest its views are among downtown’s finest.) Suzanne notes Scotia Plaza’s distinctive sawtooth design was innovative at a time—the '80s—when corner offices were all the rage; about 22 of them are possible on each floor, owing to that jagged edge. “Most buildings have maybe eight, tops.” But times have changed. “People are getting off the window, coming inboard. Organizations are becoming non-hierarchical.” Dream's space takes Scotia Plaza's original design brilliance and “works it to its advantage with today’s office standards.” 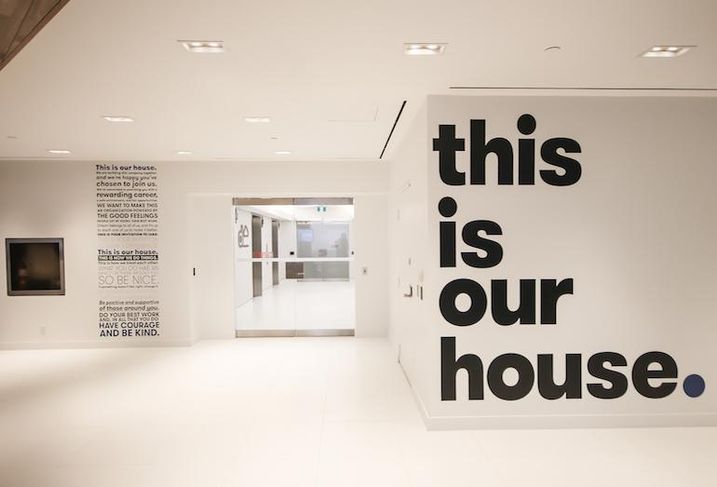 Not that Dream was ever really hierarchical, Kevin stresses. “Our culture is fun, open and collaborative—you can see it in our wall graphics” (above). And Dream's new space—which houses 130 employees—reflects this. Corner offices have been turned into breakout and ad hoc meeting rooms, or places for private calls. “You don’t see the sawtooth anymore.” While Dream's team is inspired by its new location, Kevin says they're more than willing to part with it should any tenant want to take it over turnkey (two prospects are considering it, he says). “Our intent is to lease this, then do it all over again.” 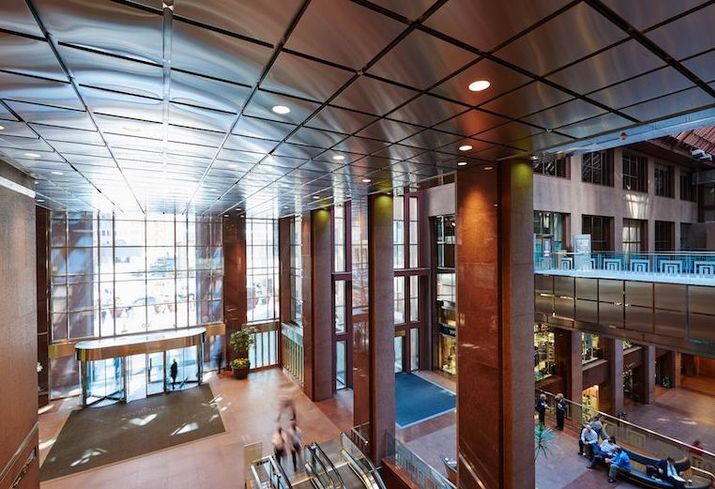 Scotia Plaza’s lobby is undergoing extensive renos: its red granite will be replaced by the same pearly white aesthetic seen in Dream's space 47 floors above; potlights are getting swapped for LED fixtures; and contemporary signage is being added. “It’ll transform the look and feel downstairs," says Kevin, and bring the '80s tower into the 21st century. Scotia Plaza is getting certified RC LEED Platinum in 2017. And the tower boasts TTC and PATH access, plus retail that’s “better than most." So Kevin's not sweating securing tenants. In fact, he hints Dream's got a conditional deal for four floors. “That's the proof in the pudding.”