Behind The Deal: Slate Takes Full Control Of Yonge And St Clair 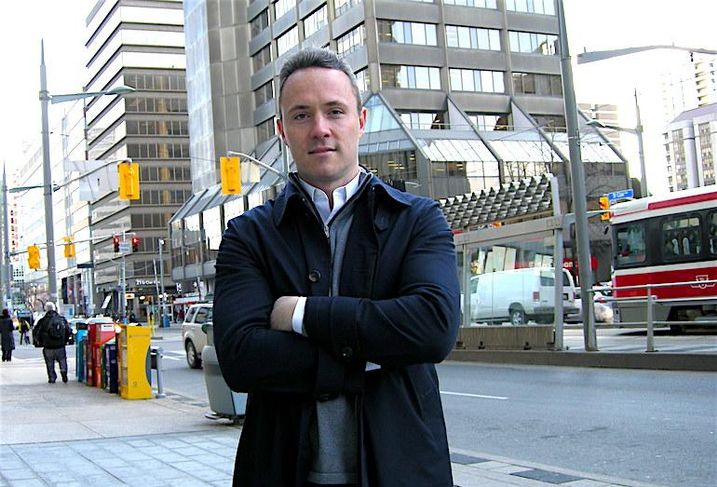 We snapped Slate’s Lucas Manuel across from 1 St Clair E, an 82k SF building on the southeast corner of Yonge and St Clair that it purchased from Bank of Nova Scotia. The deal closed yesterday. Slate already owns 1 St Clair Ave W, the tower at the southwest corner (below), acquired from Evton Capital Partners last year. And it got 2 St Clair Ave E, a 15-storey office tower on the northeast corner, via Slate’s 2013 acquisition of GE’s Ontario platform, which included in its five-building portfolio 2 St Clair Ave W, the 21-storey tower on the northwest corner, formerly CFRB’s HQ. 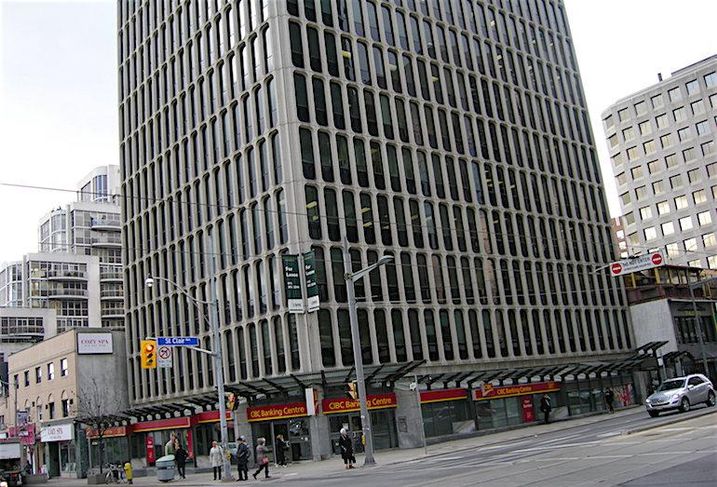 The 1 St Clair E buy means Slate now controls all of Yonge and St Clair’s corners, and Lucas tells us his team has big plans for an office node that’s been “overlooked for years.” The GE portfolio came with 30 and 55 St Clair Ave W, as well as 21 St Clair Ave E. And in a separate 2013 deal Slate acquired 40 St Clair W from Stockton & Bush. “We can essentially act as our own business improvement area,” Lucas explains, “and we’re going to bring this neighbourhood back.” Eglinton and Bloor are experiencing rebirths. “No reason St Clair can’t return to what it was.” 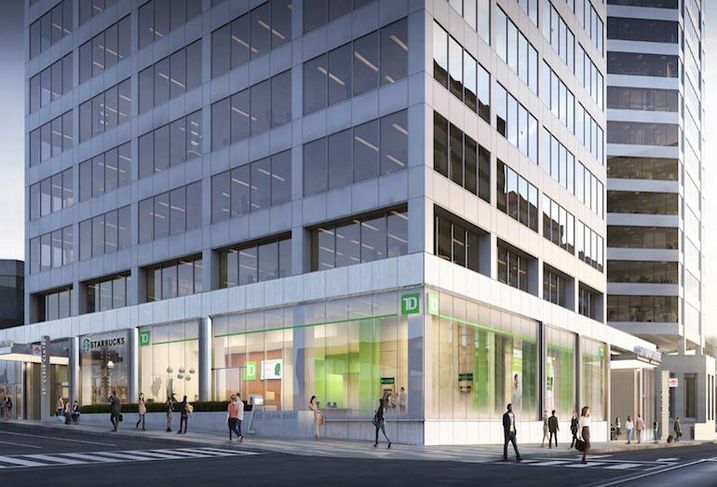 The process is already underway. Here’s a rendering of a refreshed 2 St Clair E, at the intersection’s northeast corner, where Slate has modernized the elevators and is gearing up to revamp the office lobby and retail podium, expanding locations for existing tenants like TD Bank and Rexall. It's also straightening corridors to improve navigation and TTC subway access. “We view this property as the gateway to the neighbourhood,” Lucas says. “So it was important to start here.” Elsewhere, 40 and 55 St Clair are getting new front entrances and facades this summer (both already have newly renovated lobbies). 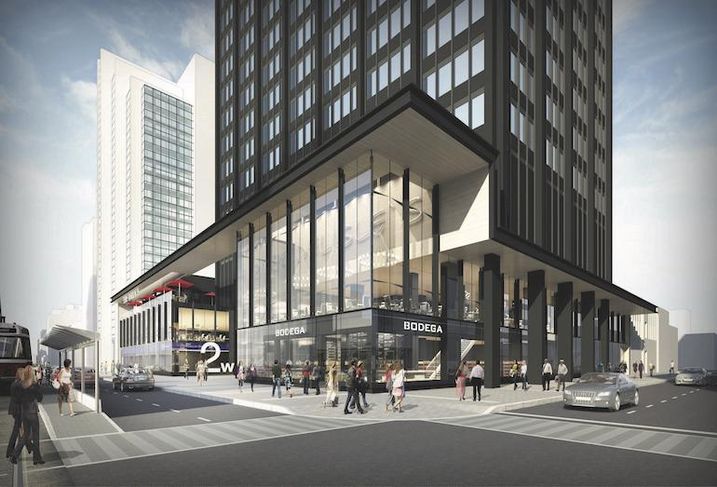 Here's Slate’s vision for 2 St Clair W, the intersection’s jewel, where it’s adding a glass box to the base that could house an 8k to 10k SF retailer. “This is the best opportunity we have to create something dramatic at that corner,” says Lucas. The company is renovating the building’s lobby and common areas, and soon Vancouver-based coffee house JJ Bean will open there, part of the chain's eastward expansion. The tower lost 120k SF in tenancies in recent years, but Slate's since re-let all but one floor with financial and professional service firms and media companies, “the types of tenants who can support an improved retail base.” 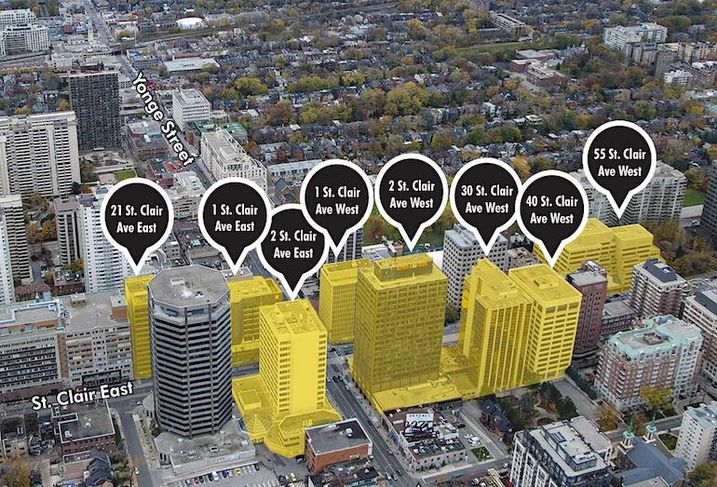 A bird's-eye view of Slate’s St Clair portfolio. (See, even birds are excited by the area's potential.) Given the breadth of its holdings in the node, the firm is taking a long-term view, Lucas stresses. With help from its capital partners, the plan is to continue adding value, modernizing “every single elevator at Yonge and St Clair,” bringing in new retail, and creating a unified streetscape scheme to improve the public realm. The goal: reinvigorate and re-brand an intersection that’s in need of some love. “This is not a flipping strategy,” says Lucas. “It’s an own forever strategy.”