Behind the Deal: Slate Re-ups SNC-Lavalin at Sheridan Park 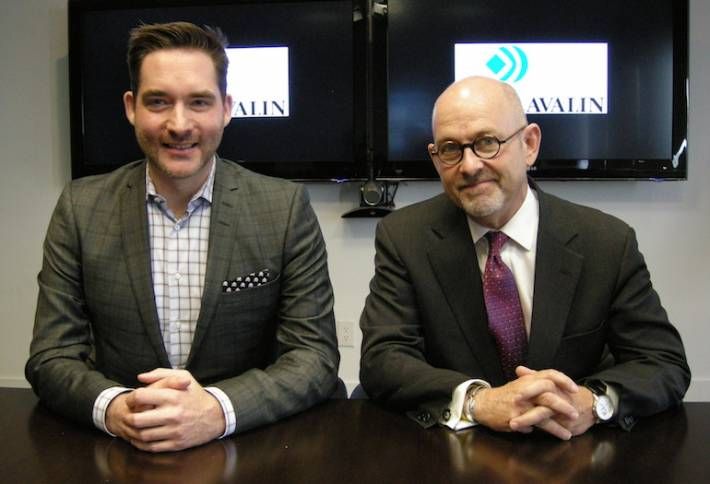 We stopped by SNC-Lavalin’s East Mall office to snap deal architects Damon Conrad, SNC-Lavalin’s broker, and JLL’s Sandy Craik, who reps Slate. SNC-Lavalin is Slate Office REIT's long-term tenant at Sheridan Park (near QEW and Southdown Road), with 222k SF under lease. The buildings are outdated and tired, though, and Damon says his client was looking to move to new digs. But Slate convinced them to stay by proposing to transform 2251 and 2285 Speakman Dr into contemporary facilities with modern amenities, enabling SNC-Lavalin's nuclear arm to streamline its sprawling office and research spaces. 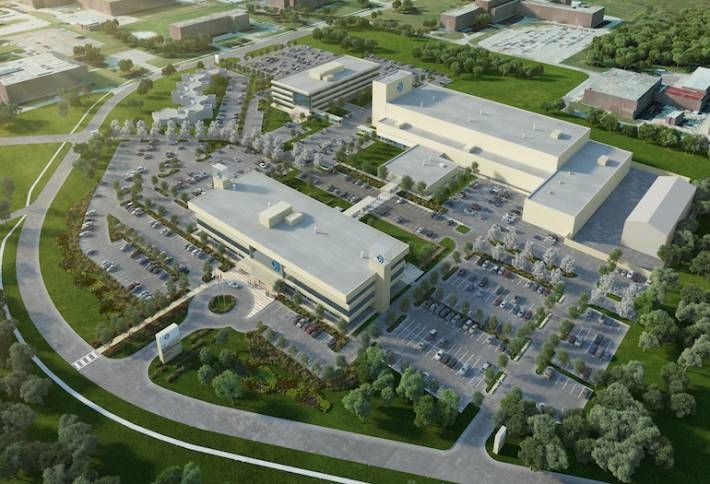 SNC-Lavalin will consolidate its operations around the 100k SF manufacturing facility that it owns at 2233 Speakman Dr, and Slate’s vision is for a campus-style complex (above) that better reflects its tenant’s image as a global leader in nuclear R&D. (Damon notes it was essential that the retrofitted facilities live up to SNC-Lavalin's "We Care" commitment to its employees.) Under the new agreement, SNC-Lavalin will lease from Slate Office REIT 215k SF of research, development and office space at the park. The deal has an initial 10-year term and includes an option to lease 28k SF more, for 243k SF total. 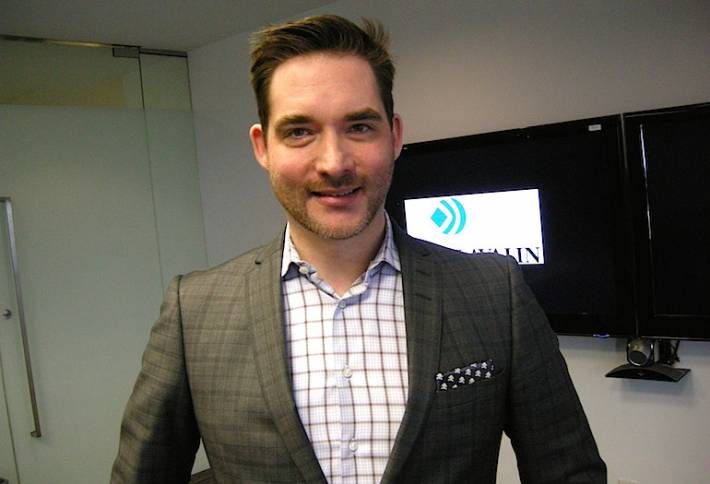 Damon tells us SNC-Lavalin has more than 400k SF in buildings scattered throughout Sheridan Park and its environs. “We needed to optimize.” While his client wanted to leave, Slate wooed the firm with a “phenomenal proposal” to reinvigorate facilities that Sandy notes are in a state of semi-disrepair. “But they didn’t want us to put lipstick on a pig,” he stresses. “We had to clearly demonstrate how it was going to be different.” Slate’s pitch addressed all of SNC-Lavalin’s areas of concern and, perhaps more important, says Sandy, “we showed them the budget: here’s the money we’re spending and where we’re spending it.” 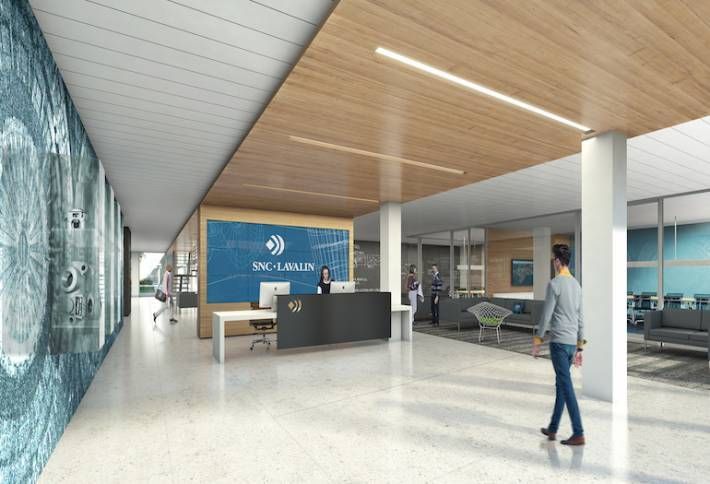 “We’re quite pleased with the deal,” says Slate Asset Management’s Conor McBroom, noting it delivers on the strategy his company articulated when it launched Slate Office REIT last March: “to find well-located but overlooked suburban office properties and reposition them.” The Sheridan Park buildings, part of the GE portfolio Slate bought in 2013, “definitely needed some active management,” he says, adding that the revamp (envisioned above) will demonstrate the upside of improving existing assets. “We can create state-of-the-art facilities and be significantly below new-construction rents.”