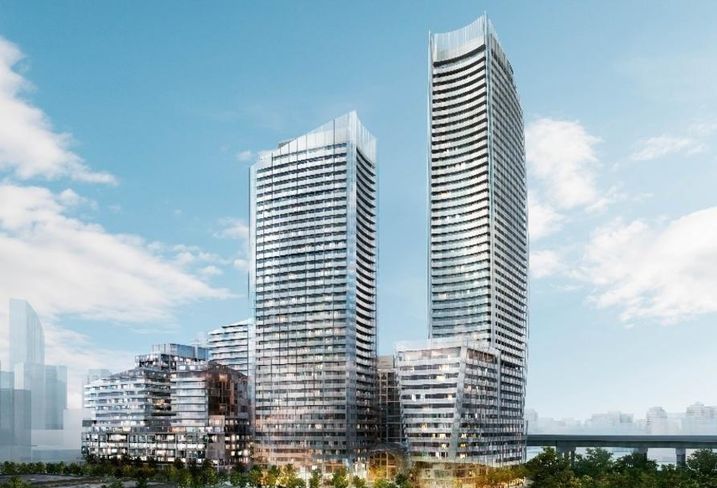 Courtesy of Greenland Group Canada
A rendering of Lakeside Residences

At 215 Lakeshore Blvd. East in Toronto’s East Bayfront, the 3.85-acre Lakeside Residences will feature seven towers, the tallest two of which will reach 39 and 49 storeys. More than 2,000 residential units are planned, with 30K SF set aside for retail. Hariri Pontarini Architects has been hired for the project.

“Our experience in developing iconic waterfront districts around the world will allow us to transform Lakeside into one of the city’s most sought-after residential communities. Lakeside will be a highly walkable vital new hub that connects the waterfront to Toronto’s downtown core.”

The Greenland project follows on the heels of Google parent company Alphabet's announcement of its initial plans to turn 800 acres on Toronto’s waterfront into Sidewalk Toronto, a "smart city” community.

Lakeside Residences will be the second development in the China-based Greenland Group’s Canadian expansion. The project follows the launch of King Blue, a mixed-use development on King Street West.

Sales for Lakeside Residences will be managed by Milborne Group. Phase 1 is scheduled to commence this fall.