Sam Mizrahi Has Big Things Planned For Toronto And Ottawa

As Sam Mizrahi readies to start selling high-end condos at The One — Canada’s tallest residential building and its first $1B condo tower — he just launched his first project in Ottawa, bringing luxe multifamily to the nation’s capital. 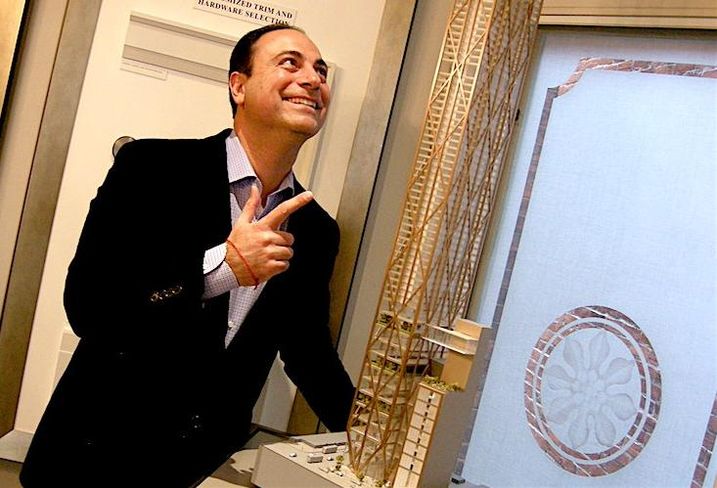 Ryan Starr | Bisnow
Mizrahi Developments president Sam Mizrahi, with a model of The One,
an 80-storey mixed-use tower planned for 1 Bloor St. W

Mizrahi plans to sell The One’s 416 units (that count a nod to TO’s area code) starting this fall, and each suite at the 80-storey tower is customizable.

The 1.2M SF structure — designed by Foster + Partners in conjunction with Toronto's CORE Architects — will be Canada’s first super-tall residential tower (at over 300 metres), and the first of its scale to boast an exoskeleton, which yields uncontaminated interiors with no columns or pillars in the way.

The One’s 142K SF of retail will be unobstructed, too, and Mizrahi said his group has secured an anchor for the first two floors of the building's seven-storey retail base, but won’t dish on who it is (online rumours are saying it is Apple). 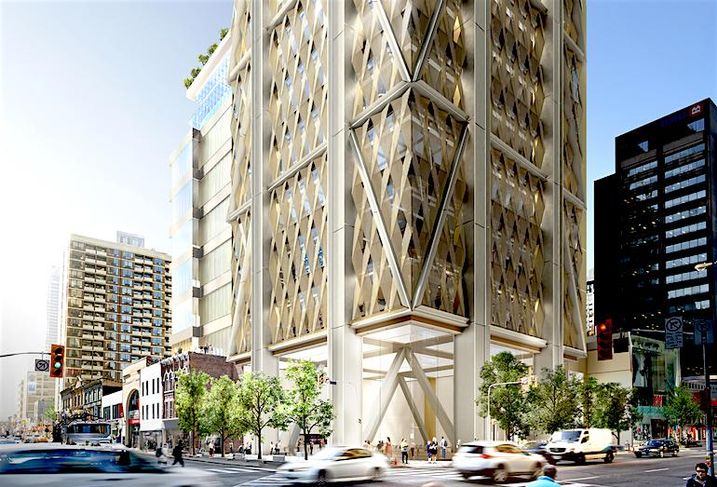 Meanwhile, Mizrahi Developments has launched its first Ottawa project, 1451 Wellington West, a 12-storey building in the vein of the high-end mid-rise projects the company did in Toronto after shifting from custom home development back in 2011: 181 Davenport, 133 Hazelton and 128 Hazelton.

But Ottawa is not Toronto when it comes to luxury real estate, and Mizrahi admitted he is taking a calculated risk with 1451 Wellington.

“There are mansions in places like Rockcliffe Park and Westboro, but there is nothing in the condo market for the ultra-luxury segment.”

He may be on to something; the builder sold 20% of 1451 Wellington's 95 units in the first 10 days — and all to end users, not investors, according to Mizrahi. 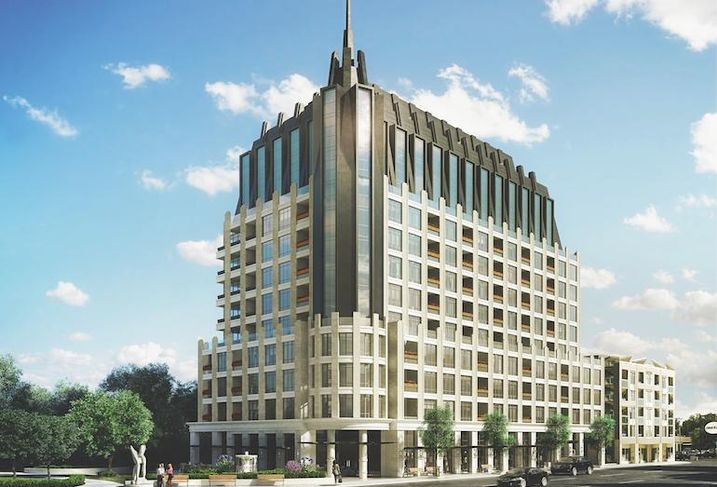 The developer acquired the site, at Wellington and Island Park Drive, three years ago. It is an assembly of two properties, one the home of neighbourhood Italian restaurant Bella’s, which will get new digs at 1451 Wellington, with 4K SF of retail.

The project design evolved as Mizrahi’s team worked with the city, which emphasized that it wanted the condo to be a landmark.

“They urged us to create a wow factor here, an iconic building,” he said, hence the inclusion of the rooftop spire atop the limestone and glass structure.

Mizrahi was asked to push the design envelope, “and the process was a benefit because we got a better building out of it.” 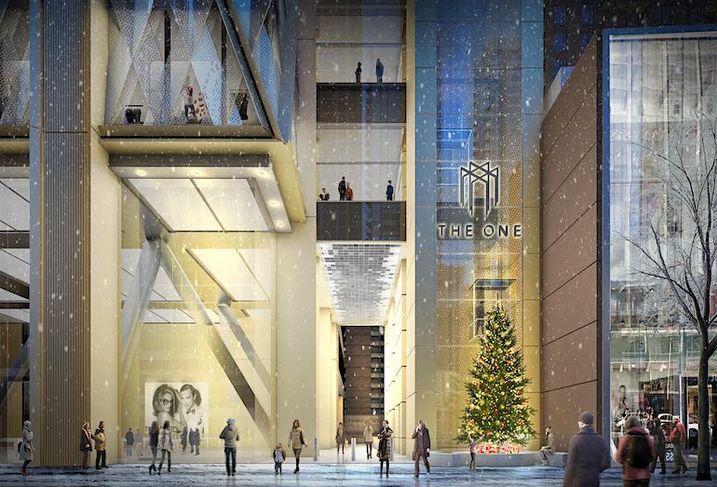 Back in Toronto, Mizrahi has approvals in place for The One, which at 304 metres will be Canada’s tallest condo. (To compare: Aura is 275 metres; One Bloor is 257 metres; the Mirvish+Gehry Toronto towers could be up to 305 metres; and one building in the 1 Yonge St. redevelopment is proposed at 303 metres).

The One’s retail will be game-changing for Toronto.

“Bloor Street retail is stuck in the '80s and '90s,” Mizrahi said. “Not what you expect of an international city.”

By contrast, top global brands will have ample room for super-flagship locations at The One.

“We’re bringing new-format retail to Canada, and hopefully we inspire others to follow suit.”