Colliers’ Burlington-based VP Doug Murray just took the helm of the Society of Industrial and Office Realtors’ Central Canada chapter. We spoke with him about his mission as SIOR's new leader. 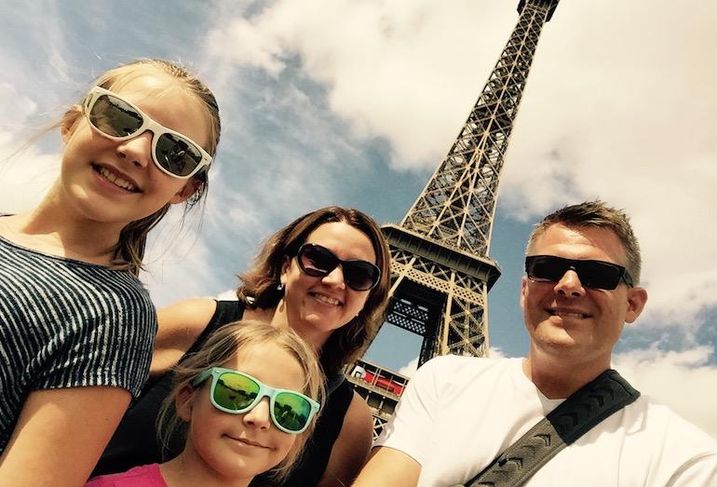 Here’s a selfie-stick-wielding Doug on vacation with his family (his wife, Jen, and daughters Ela and Kasia) in Paris last year.

Bisnow: Tell us a bit about SIOR.

Doug Murray: The organization is celebrating its 75th year in 2016. It was originally known as the Society of Industrial Realtors. It resulted from a US government program during the Second World War. They were taking factories that produced, say, soap, and saying, can you produce bullets for us now? Sourcing factories to produce munitions, tanks, aircraft—that got real estate people talking to each other, and it was the birth of SIOR. And 75 years later there are over 3,000 members worldwide. The Central Canada chapter, North America’s third-largest after Chicago and Los Angeles, is nearing 100 members, the highest it’s ever been.

SIOR is the pre-eminent brokerage organization. It’s a professional designation, one of a handful in commercial real estate, and can only be held by brokers. Unlike other industry organizations, SIOR membership has to be earned, you can’t just join. There’s an income requirement; a GTA broker has to have produced at least $400k in fee income personally over an average of three of the last five years. There are also experience, education and ethics qualifications, plus endorsements from your peers. We want to make sure we maintain a high-quality membership. It’s not easy to become an SIOR, and we like to keep it that way. 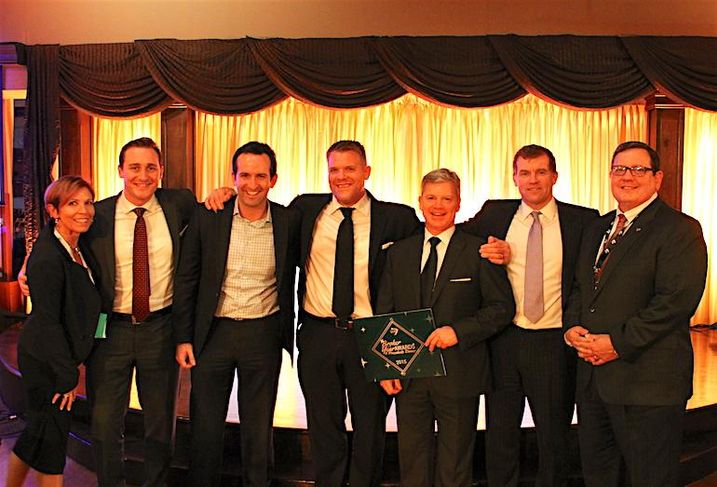 Above, Doug is at centre during the 2015 SIOR Broker of the Year Gala with (from left) SIOR director Angela Plant, Colliers’ Peter Garrigan, Menkes’ Noah Gordon, Cushman & Wakefield’s Gil Gordon, and Colliers’ Scott Addison and Allen Gump (based in Dallas).

Bisnow: What are your plans as SIOR president?

Doug Murray: I want to elevate awareness of the organization, not only within the real estate industry, but also outside of it. It’s not too different from organizations in other industries, like CPA (Chartered Professional Accountants). We want leaders of companies to know that if you have a commercial real estate requirement, you want to go with an SIOR, and here’s why. We have a great story to tell, and it's something we’re going to pay extra special attention to going forward. As brokers we’re seen as commodities, one's the same as the other. So having an extra level of professionalism and accreditation is a big differentiation factor.

SIOR offers exclusive networking and deal-flow opportunities, including two global conferences a year attended by thousands of brokers from Canada, US, Mexico and Europe. Many SIORs join for that reason—they want to be the Canada Guy. Our chapter runs up to seven events a year, great opportunities to network with the best and brightest in the GTA CRE industry. That said, the local chapter has been known as a bit of an old boys club, and I want to work to change that. We have new members coming on, and average age is dropping. Plus I’ve handpicked a robust board and executive—an all-star team of top performers.

Bisnow: So you’re addressing the "old" part. Are you looking to add more female members, too?

Doug Murray: (Triovest Realty Advisors leasing VP) Tracy Macdonald is on our executive, and we’d love to see more female engagement with SIOR. But brokerage is a male-dominated subset of the real estate industry, for whatever reason, so it’s not a massive surprise the composition of SIOR membership mirrors that. But we definitely want diversity, exuberance and new ideas, and if there are women out there who tick all the boxes and meet the membership criteria, we'd welcome them. 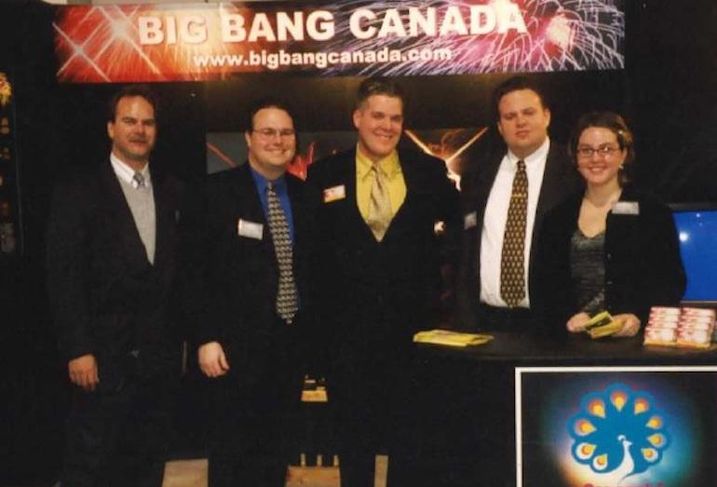 Doug at centre in his former business life, running a fireworks wholesale company.

Bisnow: What’s your back story?

Doug Murray: I was born in Burlington, raised in Burlington, I live in Burlington, work in Burlington, and I’ll die in Burlington. I graduated with a degree in political science from McMaster; I originally wanted to go into politics. Before I got into real estate, I had a wholesale company that sold fireworks to retailers. But after 9/11, regulatory demands for the fireworks industry became so bad, I didn’t think it was a business I could raise my family with; I thought I better get out of this.

I used to lease industrial space to put the fireworks in, and I always thought that if I wasn’t selling fireworks, I’d like to sell industrial real estate. So it was a leap of faith. I took the courses, got my real estate licence, and showed up on the doorstep of JJ Barnicke and became a broker. At the time, JJB was the only large commercial brokerage with a Burlington office. And you heard how much I love Burlington, so it was perfect: I got to work for a large firm and stay in the market I most enjoyed working in. When JJB got bought by DTZ, our whole office walked across the street and became a Colliers office.

I work with Bryan Faldowski, SIOR Young Professional of the Year for 2015, and we're the top-producing team in the Oakville-Burlington-Hamilton submarket. Commercial real estate is no different than selling fireworks—it’s entrepreneurial. I used to sell roman candles, now I sell $10M buildings. 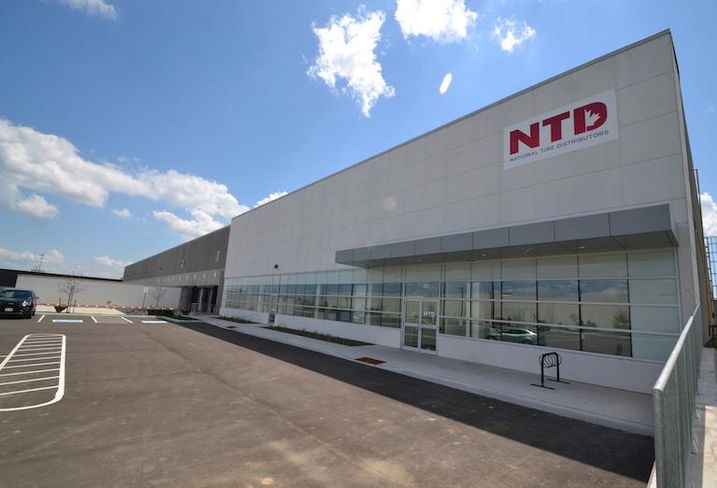 Bisnow: What should we be watching for in Burlington?

Doug Murray: Redevelopment will be big. There’s a real lack of available employment land here, and when you’re out of land, you have to get creative to achieve the intensification that’s now required. As brokers, we have to reinvent ourselves. Bryan and I started off as industrial guys, but we’ve morphed into generalists. We did as many office deals last year in Burlington as we did industrial deals, which shows the changing landscape of the submarket we work in. We’re tending to become more of an office market than industrial. That’s why we loving being asset generalists, it allows us to focus on the stuff that has the most velocity.

6 Things To Know About Doug Murray 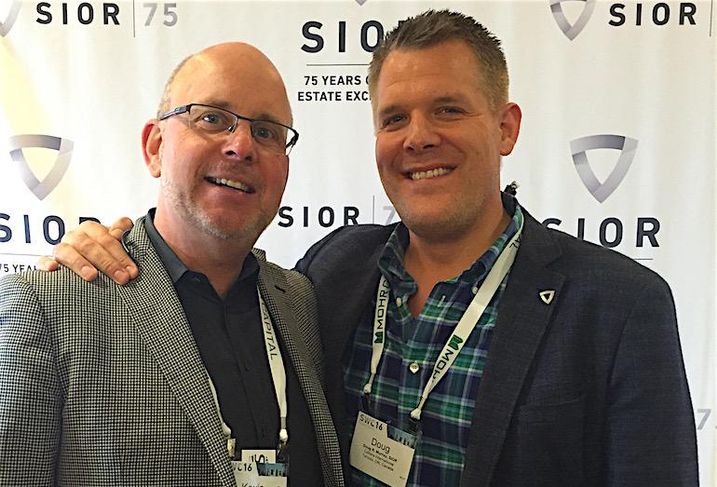 Pictured: With Avison Young's Kevin Beaudry at SIOR Spring World Conference in San Diego in May.

First job: McDonald's. I met my wife working there, 26 years ago.

Good advice: Keep grinding; you’re only as good as your next deal.