The company, which owns and manages offices, retail, hotel and residential properties, said it is freeing up space at its 177-room Grand Hotel & Suites on Jarvis for healthcare workers at nearby hospitals. 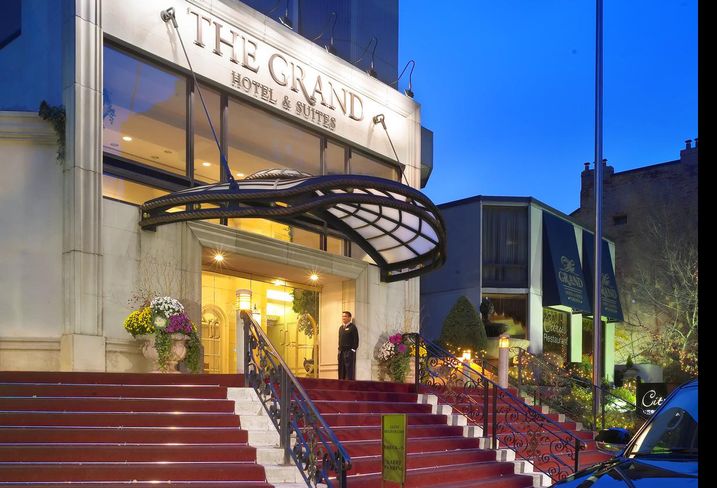 "Frontline doctors and nurses in nearby hospitals are working tirelessly to keep us all safe and Amexon is pleased to offer a comfortable facility so they can get much needed rest and avoid long commutes,” Grand General Manager Heidi Wengle said. “We hope we can be of help since our hotel is conveniently located near the major downtown hospitals.”

An Amexon spokesperson said that, as of Sunday, the hotel had already received several confirmed bookings from nurses and doctors working close by at St. Michael’s and Toronto General Hospital.

Other Ontario hotels are also freeing up rooms. Several Niagara operations, including the Oakes Hotel, are currently offering rooms to healthcare workers who want to isolate themselves for safety reasons during the pandemic.

The Ontario Ministry of Health said in a statement last week that the province is currently in "active discussions" with hotels to determine whether excess rooms could be used to house patients.

Toronto Councillor Joe Cressy confirmed Sunday that the city has acquired five hotels, with more to come, to house the homeless during the crisis. Two vacant rental buildings are also in the process of being acquired.

“Our commitment is to work flat out to protect the most vulnerable,” Cressy said on Twitter.

"We see this initiative as our civic duty and acknowledge the efforts of those who are continuing to work long days and nights to keep patients safe and COVID-19 at bay,” Wengle said.