St. Louis Preservation Board To 300 South Broadway Developers: Not So Fast On Demolition 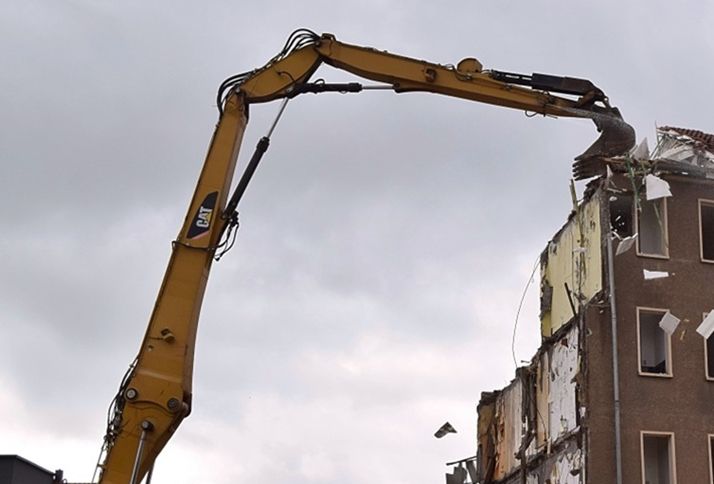 The St. Louis Preservation Board voted 4-3 to require the developers of 300 South Broadway, an apartment tower near Busch Stadium, to retain the building's brick facade, which dates from the 1890s, the St. Louis Post-Dispatch reports.

The developers would be allowed to demolish most of the building, but not quite all of it, to leave the facade in place. 300 South Broadway was designed by noted architect Isaac Taylor, who did major buildings at the 1904 World’s Fair. The structure is occupied by St. Louis Community College.

The development team, made up of Jack Holleran of HDA Architects and two Chicago companies, White Oak Realty Partners and CA Ventures, wants to put a 265-unit apartment building in its place.

The issue came up because St. Louis’ Cultural Resources Office believes the building could probably be added to the National Register of Historic Places.

"The character of the building proposed for demolition is distinctive," the Cultural Resources Office's Dan Krasnoff wrote. "It is representative of a common style of commercial/industrial design found in St. Louis and in North American industrial cities that saw substantial development during the late 19th and early 20th centuries."

If the developers do not want to go along with the board's stipulation, they could appeal it, or forgo the project all together.

The developers also want property tax breaks for the project. Another city board will soon hear their request for as much as 20 years of tax abatement.

Confirmed! You are subscribed to the Bisnow St. Louis E-Newsletter.