Ever since James Bond drove a DB5 in the 1964 film "Goldfinger," Aston Martin cars have been associated with the handsome spy. Now, the luxury automaker is getting into the housing business. 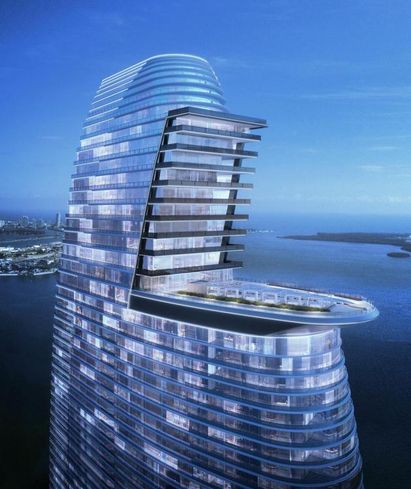 Aston Martin
The Aston Martin Residences are expected to be completed in 2021.

In press materials, Aston Martin said it is "giving buyers a chance to live out their James Bond fantasies." It will cost those buyers between $600K and $50M to score one of the 391 units inside the 66-story tower at 300 Biscayne Boulevard Way.

The higher-end units include seven penthouses and one "ultra-exclusive triplex penthouse." The developers claim the building is already about 25% sold, with $150M in deposits.

Chief Creative Officer Marek Reichman was tasked with translating the experience of driving an Aston Martin into an interior design scheme. He has incorporated colors and materials inspired by the cars: hand-stitched leather door tabs, gray and black carbon fiber furniture. Amenities include a barbershop, a boxing gym, virtual golf and two movie theaters. 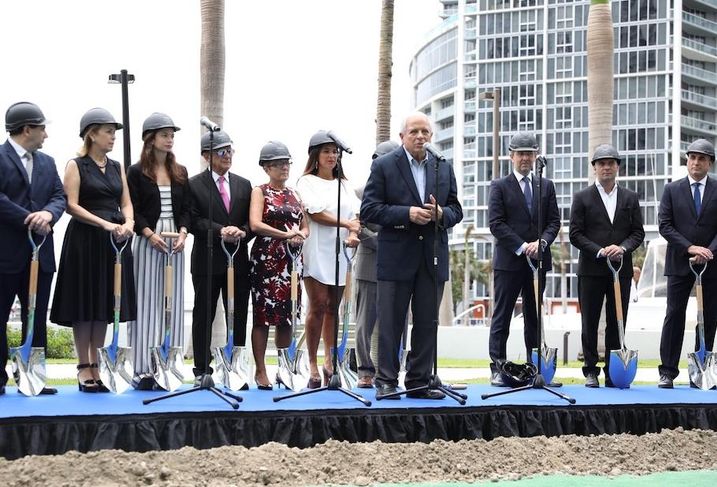 Aston Martin is not the first car company to get into Miami real estate. Down the street and over the causeway in Sunny Isles Beach, Porsche Design Tower, from Dezer Development, opened this year.

It, too, boasts interior design inspired by automobiles — including car elevators so residents can pull right into their units. An on-site car concierge will handle car washes and minor maintenance. The four story penthouse condo ($32M) was designed so a car collector can park right in the living room.

Each of the 132 residences at Porsche Design Tower also has its own balcony with private swimming pool. There, the cheapest unit goes for $6M.