South Florida Investors Get In Position For Opportunity Zones 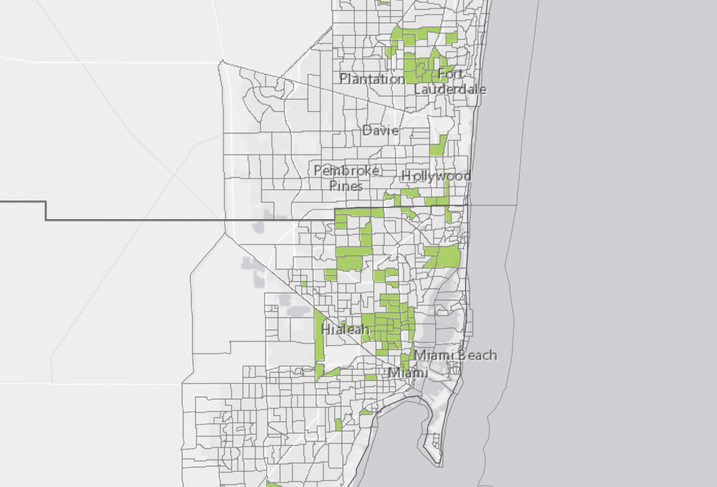 “It could be the best thing since sliced bread, or it could be a disaster,” Urban League of Broward County President and CEO Germaine Smith-Baugh said. Several experts spoke to Bisnow about their questions, hopes and fears as the program relates to South Florida.

The opportunity zone program, established this year as part of the Tax Cuts and Jobs Act, lets investors delay paying taxes on capital gains, plus reduce the amount of tax due, so long as those gains are rolled over into a fund that invests in economically distressed communities and held for a certain time period.

The longer an investment is held, the greater the benefit. If a person holds his or her interest in the fund for 10 years, then sells at a profit, he or she can pay no tax at all on those gains.

This summer, the zones were defined using census tracts. Some 8,700 tracts were designated as opportunity zones; that is 12% of the U.S., including 427 tracts in Florida, 68 in Miami-Dade and the entirety of Puerto Rico. Investors have expressed interest in the program, but before anyone makes moves, lawyers and accountants need more clarity from the Treasury Department, which is expected any day now. Investors have questions such as what types of businesses qualify for investment.

“Our phone rang a lot” as their clients got wind of the program, said Aztec Group Managing Director Charles Penan, who helps investors arrange capital for projects, often in neighborhood like Edgewater, Little River, Little Haiti and Overtown, parts of which fall into opportunity zones. “We’re waiting for more direction so we can advise clients.”

Penan predicted that once new rules are finalized and specific investments pinned down, “everyone’s going to make a mad dash for credit, for lending in these zones, and CRA credit if you will ... I think if the market turns, it could be very beneficial and generate a lot of interest in neighborhoods that need help.” 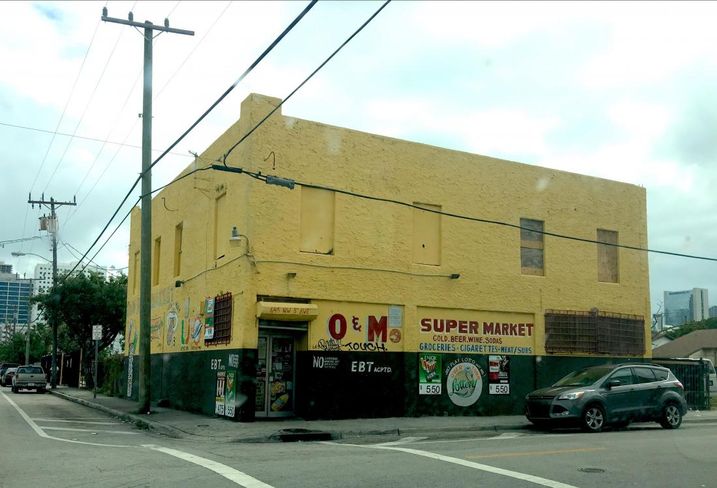 "[Some of my clients are] actively putting together funds to take advantage of the opportunity zones," Bilzin Sumberg partner Jon Chassen said. "They believe there are significant opportunities out there both in terms of getting people invested in funds as well as finding property to develop.”

He declined to talk about specifics, though, saying that they don't want to show their hand. Funds are already being set up to look at opportunities, like RXR Realty's $500M vehicle in New York City, announced last month.

Chassen’s colleague, Andrej Micovic, said timing is crucial, because capital gains have to be moved into qualified opportunity funds within 180 days, and the longer the investment is held, the lesser the tax burden.

“All of these investors that have capital gains from early in the year … are coming up against the wall, facing a deadline to make that election,” he said.

Some investors who already had projects underway in areas that are now designated opportunity zones are wondering if they will be affected.

“It’s unclear whether they’re able to structure future capital investments in those properties and get the benefit,” Micovic said. “Theoretically, there could be a third-party, arm’s-length transaction and maybe some continuity of interest.”

The forthcoming Treasury rules could anticipate and address such maneuvers.

Steve Rosenthal, a senior fellow in the Urban-Brookings Tax Policy Center, wrote in Forbes that the opportunity zone program has little governmental oversight role and is remarkably generous to investors.

“As with many tax incentive programs, Congress might have created a more effective program by investing directly in distressed communities rather than creating new tax subsidies for investors and additional cash flows for syndicators that develop and market the deals,” he said.

The Urban League’s Smith-Baugh said the program had a lot of potential, but warned that it could end up hurting communities, because with investment comes gentrification. Longtime residents could be priced out as rents, property values and taxes all rise — which is already happening, she said.

Smith-Baugh hopes the program will lure the right type of impact investors, she said, who will work to create neighborhoods with workforce housing and transit, yet not displace existing local businesses.

“We would like to see organizations that can aggregate potential projects and make the residents and businesses feel as though they are part of the process,” she said.

Smith-Baugh said the Urban League has plans to develop an intergenerational community with workforce housing, senior housing and a teachers village on 5.6 acres in Oakland Park. She said she’d love to see dollars directed into that or similar projects.

Miguel Pilgram, a veteran and former cruise line exec who won $52M in the lottery, said he is investing “seven figures” in the Sistrunk corridor, with plans to open a nightclub, sandwich shop, arts incubator and meeting space. He told Bisnow he has been working with the CRA to qualify for funding that would maximize his investment and would be looking into whether the opportunity zone program could stretch his dollars even further.

Smith-Baugh said investors will put their money where they can make the most profit, and in that sense, the program sets up sort of a national competition for luring investment dollars. Small municipalities could be overlooked and get no benefits, she said. In fact, she alerted leaders in some small cities who weren’t even aware their area had been designated as an opportunity zone.

“At least two of them were like, ‘What are you talking about?'” she said. The Urban League has been convening community meetings to help people understand the program and its potential implications.

In Miami-Dade, the Beacon Council plans to have an active role in advertising and facilitating investment in the opportunity zones said CEO Michael Finney. The council will help by marketing the physical zones and promote opportunities to create funds.

“Once the guidelines are set, we’ll promote all the different zones throughout the county,” Finney said. “We’ll do a roadshow setup and have discussions with experts. We’ve done a couple of roundtables already, and they’ve been extremely well-attended.”