Walt Disney World is still shut down, without a concrete timeline to reopening. But as theme parks across the country reckon with the reality of a depressed, possibly nonexistent summer season, the Orlando mega-resort has an ace up its sleeve: the National Basketball Association.

Unnamed sources have been telling sports reporters that Walt Disney World, in Orlando, will likely host NBA games as the basketball league seeks to resume its season amid the coronavirus pandemic. The resort is reportedly attractive to the NBA because it is on private property with a wealth of hotel, restaurant and sports facilities. 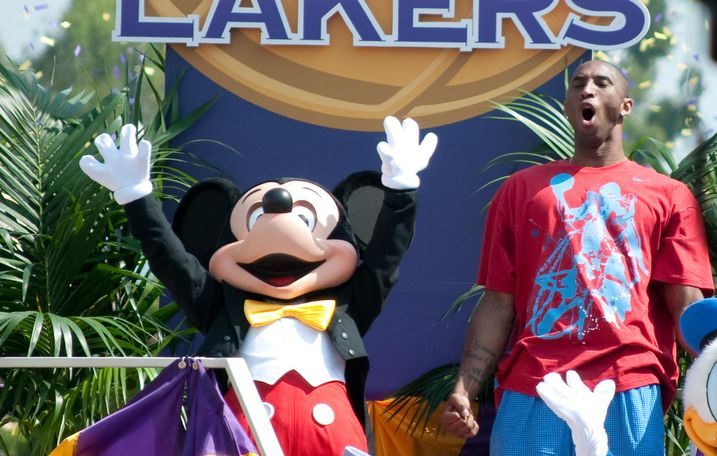 NBA Commissioner Adam Silver is weighing options and risks to restart the season, which was suspended March 11, and having multiple teams play in a "bubble" environment at Walt Disney World has emerged as a front-runner, The Athletic's Sam Amick reports.

"We are confident we'll be hosting the NBA in some fashion," a Disney source told reporter Keith Smith of Yahoo Sports. "It may not be the entire league, but we believe the NBA will be here to at least finish part of their season. Still hurdles to cross, but we are preparing as if that is the case."

Smith, who worked at Disney for 20 years, in mid-April wrote an article suggesting that the whole league sequester there and play out the season.

It also includes the ESPN Wide World of Sports Complex, 230 acres of state-of-the-art facilities designed to accommodate more than 60 sports. This includes three buildings where basketball could be played: the Arena, The HP Field House and the Visa Athletic Center. All are broadcast-ready, and Disney owns ESPN, which has a multibillion-dollar broadcasts contract with the NBA.

The HP Field House is a 70K SF, 5,000-seat site that hosts the televised NCAA Orlando Invitational and the Jr. NBA Global Championship and can be converted for basketball, volleyball, gymnastics and more. The Visa Center can be set up to house as many as six full-sized basketball courts or with one primary court and seating around it. The Arena is another indoor event site that can be configured for basketball.

Disney is uniquely governed: The Florida legislature in 1967 allowed the company to have its own special taxing district that functions like a county government. Called the Reedy Creek Improvement District, it encompasses two municipalities, Bay Lake and Lake Buena Vista, upon which Walt Disney World sits. The RCID can set building codes, plan roads and bridges, run a fire department and sell tax-exempt bonds. It collects more than $70M a year in property taxes — mostly from Disney.

The ESPN Wide World of Sports Complex is in Bay Lake. Disney also has an attraction called The NBA Experience at Disney Springs, with touch screens and interactive games.

The Orlando Magic play at the Amway Center, an 18,500-seat arena in downtown.

Milwaukee Bucks owner Marc Lasry told CNBC on Thursday that he expects the Eastern Conference to play in Florida and the Western Conference in Las Vegas. MGM Resorts International, which owns 13 resorts in Vegas, reportedly pitched a plan to the NBA to convert its convention centers into 24 basketball courts, and have players live in nearby hotels.