A Disney subsidiary in late December bought about 235 acres near the company's Orlando-area theme park. It was the latest step in a yearlong, $40M property-buying spree that has Disney fanatics and area businesses wondering what The House of Mouse may be up to next. 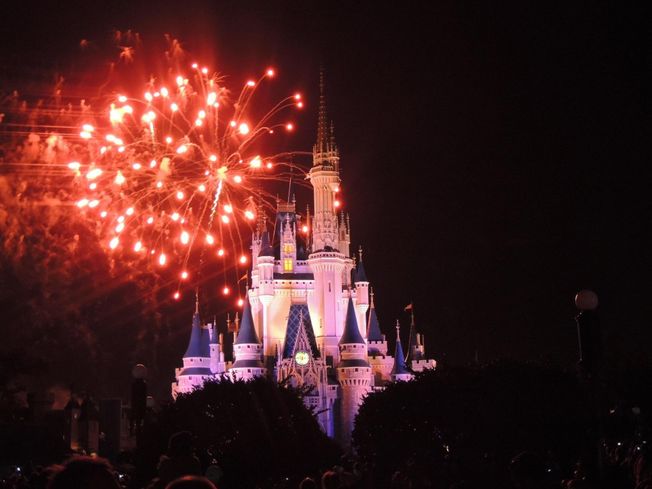 The Walt Disney Co.’s Compass Rose Corp. bought the land, near the northwest edge of the Walt Disney World resort, for $6M, the Orlando Business Journal reports. It had last traded in 2005 for $1.3M.

Disney can be famously secretive about its development plans. After building California's Disneyland in 1955 on just 160 acres, only to see it quickly hemmed in by tacky shops and nightclubs, Walt Disney wanted to build his next project on a huge blank canvas, according to WDW Radio.

In 1965, Disney secretly acquired 27,000 acres in Central Florida using shell companies with names like "M.T. Lott."  The Florida legislature in 1967 allowed Disney to have its own special taxing district that functions like a county government.

Called the Reedy Creek Improvement District, it encompasses two municipalities, Bay Lake and Lake Buena Vista, upon which Walt Disney World sits. A few Disney employees and their families are the only full-time residents; as of 2010, there were 43 people living in 17 manufactured homes.

The RCID is set up to give Disney immense control over its holdings. The agency can set building codes, plan roads and bridges, run a fire department and sell tax-exempt bonds. It collects more than $70M a year in property taxes — mostly from Disney — and is run by a five-member board, who are chosen in a process that the Orlando Sentinel compared to choosing a new pope. Members are given land to own for the length of their term, and must give it back afterward.

The purchases sent some fans fantasizing that Disney might build a new theme park on its new land holdings. Hardcore Disney-watchers and bloggers who follow the every tiny move the company makes have long speculated that Disney will one day offer a "fifth gate" — a fifth major theme park. Fans have theorized that a new attraction could be designed around themes of iconic Disney villains (perhaps to be called "Dark Kingdom" and appeal to teenagers) or magical creatures ("Beastly Kingdom").

But experts said that Disney's moves were probably more practical.

The Orlando Sentinel and Orlando Weekly reported that the 2018 and 2019 land buys were expected to be used for water conservation and wetland mitigation. Since 2012, some 13,000 residents have moved just northwest of the resort, where Disney is already developing Flamingo Crossings with a commercial district, 2,600 new apartments and up to 15 hotels.

John Gerner, managing director of Leisure Business Advisors LLC in Richmond, Virginia, told WDW News Today that Disney may also be buying property as a barrier to keep competing companies from infringing upon the resort. Nearby, Universal Orlando runs three theme parks — Universal Studios, Islands of Adventure and Volcano Bay — and is developing a fourth, Epic Universe. Other Orlando attractions include SeaWorld, Discovery Cove and LEGOLand.

RCID referred questions to Walt Disney World, which did not respond to a request for comment sent Monday.

Disney CEO Bob Iger, who has overseen Disney's acquisitions of Pixar, Marvel and the Star Wars franchise, the launch of Disney+, and the opening of Hong Kong and Shanghai resorts, plans to step down as CEO and chairman at the end of 2021.