Miami Beach has beautiful sunshine, captivating people and a fun vibe — all of which help draw 23.3 million visitors to Greater Miami each year. There's something for everyone on the economic spectrum: ultra high-end luxury hotels and travelers' hostels, upscale restaurants and stores hawking $10 flip-flops.

But certain parts of the city have developed a reputation for bars and restaurants that allegedly rip off tourists with bait-and-switch tactics, and local authorities are starting to crack down. 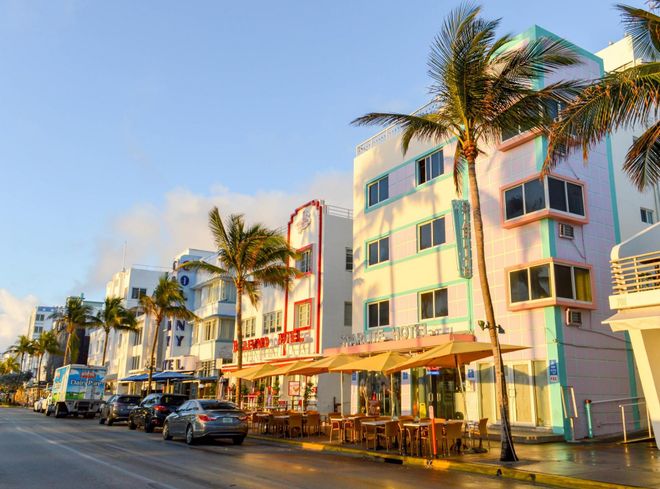 A 2017 Miami Herald investigation revealed common shady practices on Ocean Drive, a beachfront strip lined with boutique hotels and sidewalk cafés. A pushy host or hostess will hawk two-for-one drinks and provide a menu with no prices. The drinks turn out to be huge, sometimes costing as much as $50, and the food costs even more. A gratuity is already factored in — though some diners may not realize it and accidentally tip a second time.

Online reviews of Ocean Drive businesses show customers complaining of a $55 Paella getting run up for $110, a $25 Blue Moon in a glass and $120 breakfasts.

The Miami Beach City Commission, protective of its tourist industry and trying to fend off a reputation for tackiness, last fall created rules governing what restaurant staff can say to lure patrons. It banned boards advertising specials, prohibited restaurant staff from soliciting pedestrians unless they express interest first, and requires that prices and gratuities be disclosed.

First violations cost $500. A sidewalk café permit can be revoked after four violations in a year. The rules were also extended to other touristy spots on Lincoln Road and Española Way.

Hawking has generally been protected in courts as free speech, but "because sidewalk cafés are on public right of ways, the city can control activities there through the sidewalk café permitting process," RE:Miami Beach reported.

City code compliance officers began enforcing its new rules in October, and some businesses were forced to close their doors for 24 hours. Now, some of the restaurants have failed to comply for a second time. Ten restaurants have faced suspensions and been issued $23K in fines for verbally soliciting customers on public rights of way, the Miami Herald reports.