The CRE Issues To Watch As Florida's Legislature Convenes

Florida's state legislature convened for its 2020 session Tuesday, charged with passing laws and an estimated $91.4B state budget over the course of the next 60 days. 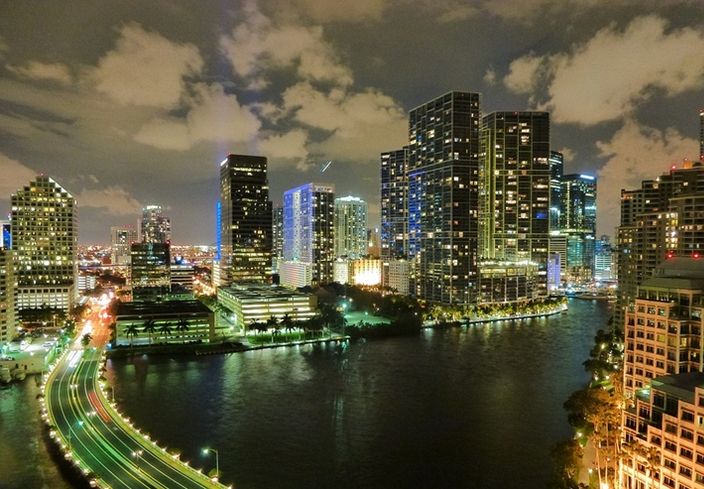 In his annual State of the State speech to kick off the legislative session, Gov. Ron DeSantis touched on everything from raising teacher pay to reducing barriers for occupational licensing. DeSantis said he would like to see people who pollute water be penalized and that $1B in mitigation funds would soon be distributed to areas affected by hurricanes. The first-term Republican said the state had a chance to correct some environmental wrongs and brace for sea-level rise.

Real estate professionals from around the state talked to Bisnow about other measures the legislature will be considering that could affect the industry. Of the 3,000+ bills that get filed each session, fewer than 10% pass.

Florida NAIOP President Darcie Lunsford said her group will continue its years-long fight against the state charging sales tax on commercial rents — something that only Florida does. Some critics argue this amounts to double taxation in many cases, since tenants already pay for certain real estate taxes when they sign triple-net leases.

"It's an onerous tax that is unique to Florida and makes us less competitive," said Lunsford, an executive vice president at Butters Construction. She said a bill hasn't yet been filed, but probably will be in February.

For three years in a row, the rate has been reduced by a fraction of a percentage point — it is now at 5.5%. Lunsford said that rolling back the tax is challenging because Florida doesn't have a state income tax, so it relies on such measures to fund state government functions. She estimates the tax brings in about $1.8B per year. The recent reductions have resulted in about $156M less being paid to the state.

NAIOP is pushing for legislation that would tax internet retailers the same way as brick-and-mortar retailers, which could bring in $300M to $400M annually, she said.

"It's a way to shift some of the tax burden off the commercial real estate sector," Lunsford said.

NAIOP also hopes to revive the FAST Act, a measure that was proposed last year, which would require local governments to offer expedited permitting processes, cap fees, and establish timelines for issuing and replying to permits.

Lunsford said that state law now requires permits to be issued within 120 days, "but there's no teeth in the law as cities struggle to keep up with demand."

Another proposal, HB469/SB1224, would drop the requirement that two witnesses sign leases, which is not necessary in the modern era, when people sign electronically, Lunsford said.

NAIOP will be hosting events at the Capitol Jan. 21 and 22 in Tallahassee. 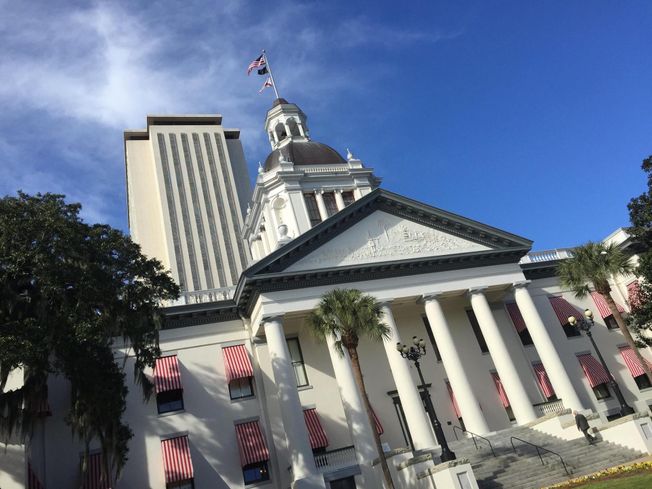 The nonprofit 1000 Friends of Florida called for smart growth management, lest unbridled sprawl ruin the things that make the state an attractive place to live and visit. Water quality and traffic congestion are top concerns.

The organization has outlined its legislative priorities for 2020. These include repealing an amendment that passed last year that could make citizens pay a developer's legal fees in certain cases — such as when a developer seeks an exemption to a local comprehensive plan, citizens oppose it, but the developer prevails.

"That amendment was tacked onto HB7103 on the last day [of the] legislative session. It never got vetted by the public, by committee, by subcommittee. There was no staff analysis," 1000 Friends Policy & Planning Director Jane West said. "It was a dirty move — and it's had massive repercussions in the state. People are dismissing cases that have been pending for years. People are opting not to challenge new projects."

SB250, introduced by Sen. Lori Berman (D-Palm Beach), would repeal that amendment. 1000 Friends is also fighting the amendment in the courts, hoping to have it deemed unconstitutional.

Lunsford said that the CRE industry would see a repeal as "going backwards," and that the law as it stands could benefit not just developers, but either party that prevails.

The legislature last year also authorized three new highways. 1000 Friends is hoping to see that decision reversed, but it would require a repeal, plus de-authorizing related funding that passed. Instead, the group is calling for generous funding for land acquisition efforts, such as Florida Forever, the Rural and Families Lands Program, Florida Communities Trust and other land protection programs.

The only sure way to save Florida's green space is to buy it and protect it in perpetuity, she said. The Florida Forever program is set up to acquire recreation and conservation lands. It is funded by doc stamps, a fee paid when people buy and sell property. It had been popular with both the left and right, including Gov. Jeb Bush, back to the early 2000s, but was essentially wiped out under eight years of Gov. Rick Scott. The current budget includes $33M for Florida Forever; DeSantis is asking that figure to be bumped to $100M in 2020-2021.

Florida Realtors are also paying attention to Tallahassee. The group's top legislative priorities for 2020 include environmental protection and full funding of housing trust funds, according to its website. For more than a decade, state money that is supposed to be in a trust fund to create affordable housing has instead been diverted for other uses, steering away some $2B.

Florida Realtors is also lobbying for a reduction in the business rent tax and will support initiatives that allow owners to rent out their private properties more freely on Airbnb, which was in a heated legal battle with the city of Miami Beach before settling in August.

Former Florida Speaker of the House Dean Cannon, the president and CEO of law firm Gray Robinson, now oversees lobbyists who closely monitor the state legislature. He said the commercial rent tax could likely get cut a bit more, and that water quality and environmental funding will loom large, especially because DeSantis has been vocal about those issues.

"The House and Senate will want to deliver a good environmental message because it's an election year," he said. "I think they have the collective political will to get something done."

Appropriations decisions — such as which projects get funding, and whether the affordable housing trust gets raided again — are likely be influenced by economic forecasts that legislators receive in February.

"That's the last one we get before [voting on] the budget. It's always sort of a question mark," Cannon said.  "All budgeting is balancing an infinite number of priorities against a finite number of dollar. There's no perfect policy — just a best effort at balancing the interests."