Like its neighbor, Miami Beach, Sunny Isles Beach is located on a narrow barrier island squeezed between the Atlantic Ocean and the Intracoastal Waterway.

Towering condominiums — including six Trump-branded towers and buildings by Porsche, Armani and Ritz-Carlton — line the easterly beachfront. To the west of its main drag, more old-school one- and two-story buildings dominate. With all this prime real estate, some people call Sunny Isles "the $11B sandbar."

Residents of the 1.8-square-mile city have been up in arms this summer, fearing that leaders would allow increased density on the west side, too, possibly leading to a “condo canyon” and intensifying traffic problems. 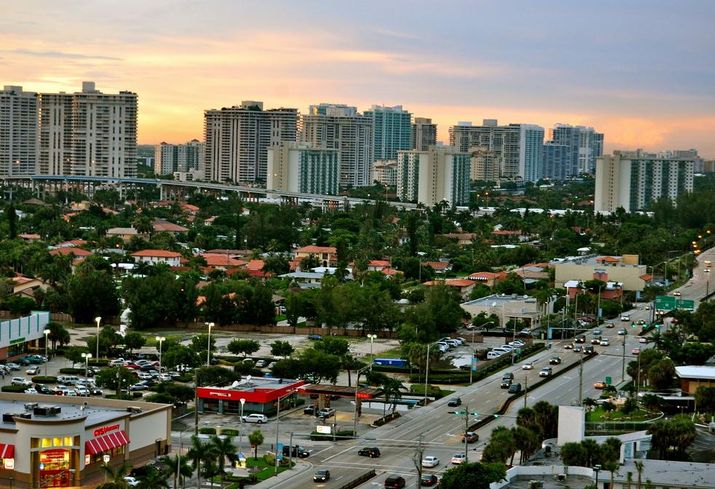 In response to the uproar, the city is considering a moratorium on development in its city center. The controversy will likely be a hot topic at Bisnow's upcoming event, The Future of North Miami Beach, Aventura and Sunny Isles, on Sept. 12.

Sunny Isles was for decades home to small roadside motels, but attracted major developers after incorporating in 1997, the Miami Herald reported. The city wrote its first comprehensive plan in 2000.

Sunny Isles Beach Mayor George "Bud" Scholl wrote in a letter to residents that in 2004, before he took office, the city had wanted to encourage development in the so-called Town Center section of the city — 32 acres on the west side of Collins Avenue between 172nd Street and Sunny Isles Beach Boulevard — so it gave property owners there additional development rights that hadn’t been in the original comprehensive plan.

Because the recession hit and development slowed, the discrepancy between the comprehensive plan and the zoning code was largely ignored and forgotten. As years passed, dozens of towers started rising. Though they changed the landscape significantly and blocked views and afternoon sunlight, they brought major dollars to the tax rolls and fashioned the city into a luxury destination. Several projects in the Town Center were also approved and built, pursuant to the newer zoning changes.

This past December, a company called Global Property Investors Real Estate Group, a silent capital investor in the Muse and Echo Aventura projects, proposed Infinity, a 15-story, 330K SF mixed-use development with a hotel on the west side of Collins in the Town Center. The proposal made current city officials and staff aware of the old discrepancy in its laws. Officials moved to amend the comprehensive plan, to bring it in line with the zoning laws and establish allowed densities and intensities.

This caused an uproar in the city. Critics feared that the change could open the door for some 9,000 new hotel and residential units and accused Scholl of trying to ram the plan through the city commission.

Among the most vocal critics was shopping center owner Raanan Katz of RK Centers.

“I own 90% of the land in the Town Center and I do not want this massive upzoning, even though I would financially benefit from the Mayor’s Plan," Katz told Community Newspapers. 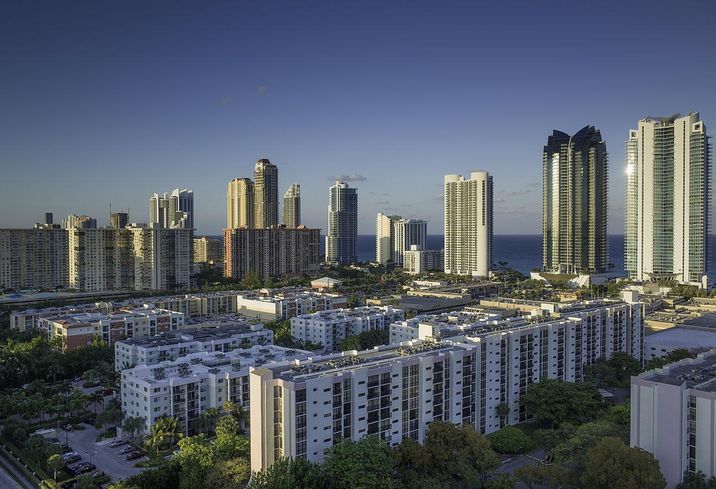 Some 300 people packed the July meeting where the vote was set to occur. In response to the outcry, the vote was postponed. Scholl went on to propose a building moratorium, which could last up to a year, for the Town Center District. A special meeting is set for Aug. 28 to vote on the moratorium.

"Despite what has been disseminated, these proposed changes to our comprehensive plan have never been about upzoning," Scholl said. "There has never been any project or plan to approve 9,000 additional units."

He said that the city needed to accommodate the already-built projects and insulate for future projects.

"In this instance, a billionaire commercial property owner, Mr. Katz, is putting his formidable amount of legal and financial resources to change the property rights of others that do not suit his own economic interests," Scholl wrote.

City Commissioner Dana Goldman told Bisnow that the while Katz is keeping his properties as-is, she understood fears that if the comprehensive plan were to change and Katz decided to sell, a new developer could add height and units.

Goldman said she is not in favor of a moratorium, because the city will eventually have to grapple with its problems.

Hans Ottinot, chief legal strategist and vice president for RK Centers (who had been Sunny Isles' city attorney for 15 years) told Bisnow the company supports the moratorium if it  “means no upzoning in the Town Center district."

He said Katz and his family could benefit by building higher or cashing out.

"But quality of life of residents is more important than making a dollar. I know it’s ironic,” he said. “We’re not anti-development. We just want smart growth.”

Visitors from nearby condos and hotels already take up RK’s parking, he said.

As for GPI, CEO Roy Abrams said that a moratorium would be "unfortunate," and would delay the Infinity project, but he understood that the city needed to clarify the underlying legal issue.

Abrams said that his team is sensitive to concerns, such as traffic increases, but that Katz had turned a small matter into a "political football" with "half-truths and inconsistencies."

Abrams said delays wouldn't stop his project, but warned that "everyone could find themselves having liability for the delay if they don't play it correctly."

Goldman expects some parties to be unhappy, however it ultimately shakes out.

"The city is a success story," Goldman said. "Our land development regulations encouraged development, but that comes with baggage — how do people live, work, play and enjoy their quality of life? Twenty years ago, there were issues and probems in the city. Development has brought successes, but also brought consequences. How much infrastructure can we really handle at this point? We are not alone in this. Look at Brickell, Little Haiti — there's a certain amount of consumer backlash to this intense redevelopment."

CORRECTION, SEPT. 20, 12:00 P.M. ET:  An earlier version of this story said that Global Property Investors Real Estate Group developed Muse and Echo Aventura. It was a silent capital investor for those projects. PMG is the developer. The story has been updated.