For decades, a hulking, windowless — but still operating — Sears has occupied a busy corner in downtown Fort Lauderdale, anchoring a shopping plaza and a mostly empty parking lot. Now, a developer is proposing to build multiple towers on the site, another example of the direction retail real estate is heading. 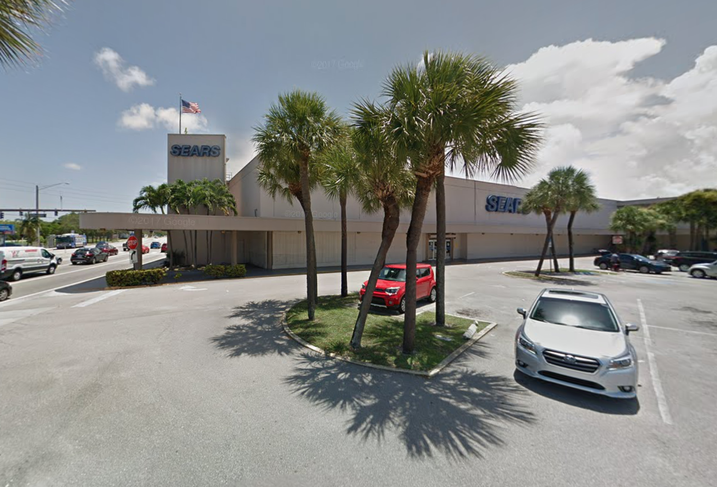 Google Maps
The Sears on Fort Lauderdale's Federal Highway is set to be redeveloped.

Developer Ranaan Katz — who owns scores of shopping plazas to the south in Miami-Dade County, as well as throughout New England — is behind an initiative to redevelop the busy corner of Sunrise Boulevard and North Federal Highway, the Sun Sentinel reports. His company, RK Centers, presented plans to a review committee Tuesday.

Nearby residents, however, are already facing traffic and sewage problems that many blame on overdevelopment.

Fort Lauderdale's population grew 10.2% between 2010 and 2018, according to census data. Towers have risen along the beach and through the city's downtown. Critics have for years warned of needed infrastructure improvements to handle the influx.

In December, six sewer main breaks resulted in 126 million gallons of sewage being spilled into city streets. Traffic is an ever-growing concern.

Representatives for RK Centers said that plans are still far off, and they would convene with locals to address concerns. The developer acknowledged significant road improvements would be necessary.

Sears is closing dozens of stores around the country by February, but the Fort Lauderdale one is slated to continue operating. The Sun-Sentinel reported that its lease runs through 2031, and it holds an option to buy the property.