The Grocery-Anchored Shopping Plaza Still Rules, And Lululemon Wants In

Since at least the 1980s, sprawling shopping plazas have been the de facto concept in car-crazy South Florida. Such developments might not be as beautiful as the sawgrass and sand dunes they replaced, but for capitalists, the formula soon became tried-and-true: big grocer, bigger parking lot. 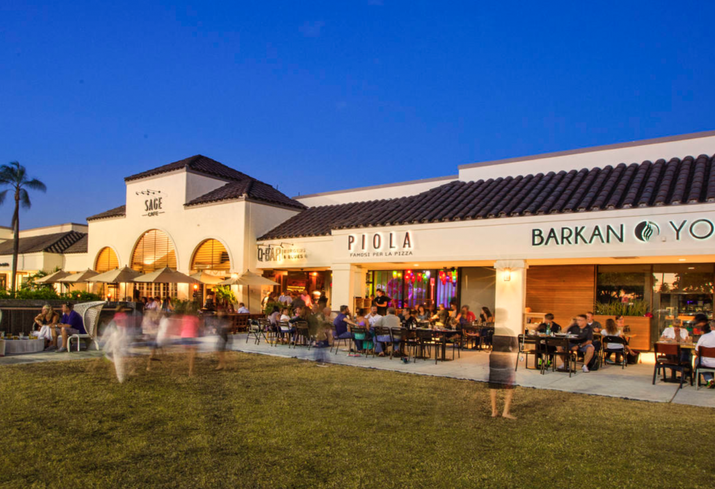 Courtesy of Edens
River Market in Fort Lauderdale is owned and operated by Edens.

That is still the case, but it will change, said Edens Vice President of Investments Nicole Shiman, who oversees 14 properties from Miami to Palm Beach. Most of those are plazas with a grocery tenant, such as River Market on Federal Highway in Fort Lauderdale.

“We are now in the very early innings of urbanization of South Florida,” Shiman said, comparing the region’s history to bigger cities.

Historically, she said, early developers work with large plots of land and single-story buildings. In Florida, retailers want convenient locations and visibility from the street, but density will be inevitable as population booms and traffic gets worse.

“As you see South Florida urbanizing, like Chicago or Boston, and as the value of land increases, mixed-use is going to be a requirement to make the numbers work and to make places more vibrant,” she said.

Shiman noted Edens has already had success with more modern, mixed-use designs in the Buckhead area of Atlanta and in Washington, D.C. At the Monarc at Met apartment building in downtown Miami, ZOM built 40 floors of residential, but Edens owns the ground floor, which is leased to a Whole Foods. Shiman said such deals can be complex — they require negotiations with the homeowners associations, for example — but will be more common in the future.

Until more buildings are forced to go skyward, Edens is tweaking developments like River Market in Fort Lauderdale, which has both national tenants in Whole Foods and Dick’s Sporting Goods and locals like Sage restaurant and Barkan Yoga.

“We still see the grocer as a driver of trips and a driver of footsteps,” Shiman said, but zoning regulations still include parking requirements and “grocers will not sign a lease with fewer than four spots per 1K [SF].”

So big parking lots will remain.

In the meantime, River Plaza incorporated a small grassy area into its design, drawing families whose children can play while grownups eat and drink. Shiman courted a Boulangerie coffee shop (currently under construction) to the plaza so that customers would linger. With small-scale tenants, Edens might adjust rents and advise them on branding and design, even suggesting menu items.

It seems to be working: A Lululemon left the Galleria Mall and will soon open at River Market, as will a Pottery Barn, Shiman said.

“Ten years ago, you would never see that,” Shier said. “There’s an evolution away from structured malls to open-air settings.”

Another reason retailers want to be in Fort Lauderdale is that the city has started to attract affluent residents.

“The rent levels in Icon Las Olas or Amaray are eclipsing average rents per SF in Brickell, which I don’t think any developer ever expected to occur,” Shiman said. 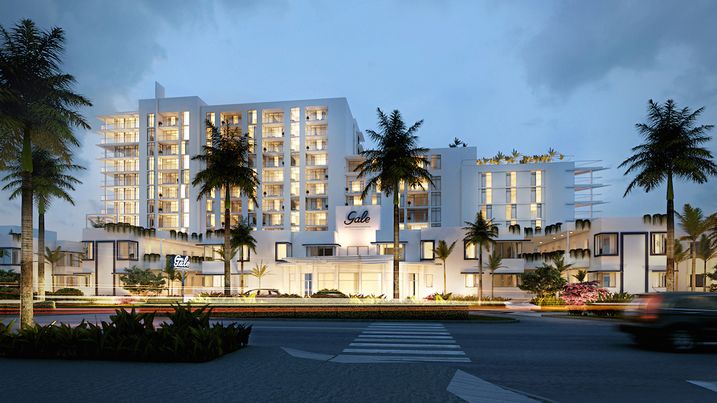 Courtesy of Dev Motwani
A rendering of the Gale Hotel on Fort Lauderdale Beach.

On the other side of downtown, Merrimac Ventures is a partner in the redevelopment of Las Olas Riverfront, the former outdoor mall and movie theater that featured sports-bar-style restaurants like Hooters and Ugly Tuna but languished throughout the early 2000s.

New York-based Property Markets Group is driving the development of 1,200 apartments there, but Merrimac CEO Dev Motwani said he has retained the retail end of the deal, and engaged Tricera Capital to handle leasing and activate the waterfront, a process that he said is underway. Riverwalk had actually been built without on-site parking — which turned out to be a detriment.

“When it went downhill in '07, '08 — well before we bought it — you didn’t have as much density in the downtown population like we do now," Motwani said.

He has retained 1 acre of the site and intends to eventually build a signature tower, a combo of hotel and condos. Motwani said while the former incarnation of Riverfront had 250K SF of retail, the new incarnation will have only 50K SF.

Because of its location along the New River, the site is ideal for bars and restaurants, especially venues with outdoor seating, Motwani said. He envisions cafés and restaurants doing a brisk lunch business, and fun nightlife venues.

And a  new Hooters?

“Probably not, not that there’s anything wrong with it,” Motwani said. “But I think we’ll draw a high-end crowd, like you see on Las Olas. Not so much the Himmarshee crowd. People will have great places to go before a show at the Broward Center [for the Performing Arts].”

Other Motwani family projects in the works include the Flagler Village Hotel, dual-branded as a Hilton, which will break ground at the end of this month adjacent to a new downtown Brightline rail station.

On Fort Lauderdale Beach, the Gale Residences are nearing completion and 100% sold out; an adjacent hotel should be finished by the end of the year. Motwani is also co-developing a Four Seasons that will be breaking ground this year. In pre-sales, Motwani said, units are fetching over $1,500 per SF, “a tremendous number for Fort Lauderdale.”

He also has projects in Dania and Pompano, and hotels in Tempe, Arizona, and Tysons, Virginia. Motwani's brother Nitin is spearheading the development of the $2B Miami Worldcenter.

Both Shiman and Motwani will be speakers at Bisnow’s State of the Market event in Fort Lauderdale March 14.