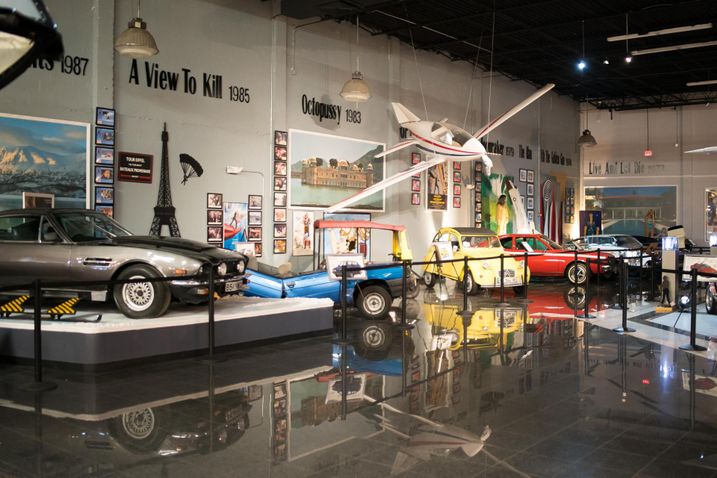 Globenewswire
Dezerland Park Orlando is preparing to open once the coronavirus subsides.

The undisclosed settlement between plaintiff Andrew Chesnick, who worked for Dezer Development from 2013 until 2015, and the Dezers was confirmed in front of Circuit Court Judge Michael Hanzman Monday.

“I hope all clients are equally dissatisfied, which is what a good settlement amounts to,” Hanzman said.

Chesnick sued the company and its principals, claiming he was entitled to receive up to 3% of Dezer family profits from eight Miami-area real estate projects, including the Porsche Design Tower and Armani/Casa, based on his employment agreement. Per the terms of the agreement, he would forfeit those profits if he quit, which he did. But Chesnick claimed he was still entitled to the profit-sharing because he was forced to resign after the Dezers created a hostile work environment.

Chesnick alleged he was berated, humiliated and effectively demoted by the Dezers, and confronted with a proposal to cut his profit sharing down to 1%. The Dezers countered that Chesnick was distracted by a divorce, made numerous major, costly mistakes, and that the foul language and threats the Dezers lobbed at him were relatively common at the office, not an effort to force him to resign.

Meanwhile, a separate matter regarding another unhappy Dezer ex-employee surfaced. In May, Mark Harmon posted three videos on YouTube of himself walking through an Orlando property where the Dezers are developing an indoor car museum and entertainment facility, Dezerland Orlando. The videos had titles like “The nasty truth of working for Dezer Development and Dezerland Orlando” and “Mental Anguish of Dezerland Orlando.”

Harmon told Bisnow in a phone call that he worked at the Dezers’ indoor go-kart racetrack in Fort Lauderdale, Xtreme Action Park, and was asked to move to Orlando, where he was responsible for light construction, supervising work crews, transporting guests and handling security issues. Once in Orlando, however, the Dezers fired and then rehired him, paid him less than promised, and reneged on an offer to house him in a hotel, he said. Instead, he claims the Dezers required him and other laborers to sleep on mattresses in the unfinished facility, a violation of building codes.

Harmon’s videos showed that water was rigged up from an industrial sink with tubes to drain into a shower he used. He filmed cars and an airplane from the Dezers’ collection of antique vehicles and alleged that jet fuel would spill on the floor.

“We’ve never gotten a single permit, as far as I’m aware,” he said in the video. “We’re constantly pushed to do the unpermitted work while hiding it from the city.”

Harmon provided a copy of the letter he wrote to Orlando area code enforcement outlining his concerns. The letter described a “Toxic Environment- Nearly Everyone across the facility constantly receives verbal abuse and accusations from [Michael] Dezer himself and [a manager].”

Harmon quit Dezer Development this spring and became a truck driver, he said. A spokesperson for the Dezers didn't respond to a request for comment for this story.

Harmon shared a text message he received from an attorney for the Dezers, Michael “Muscles” Pizzi, a former boxer and former mayor of Miami Lakes who in 2014 was acquitted of federal corruption charges, suggesting he take down the videos lest Pizzi “pursue other legal avenues.” Pizzi did not return a message from Bisnow seeking comment.

Cassandra Anne Lafser, the press secretary for Orlando Mayor Buddy Dyer, told Bisnow that the Dezerland Orlando property was inspected on the day Harmon’s complaint was received. “There was no evidence of the violations alleged,” she wrote.

A contractor told inspectors that he had corrected the problem of people living in the facility months earlier. Lafser said that the property, however, has been fined $91K for work done without permits.

“The permits have been obtained and the violation corrected,” Lafser said.

Dezerland Park Orlando is preparing to open and will do so when the coronavirus allows, according to a press release. In Miami, the Dezers are moving forward with a redevelopment of the Intracoastal Mall, where they have proposed 2,000 residential units, about 400K SF of retail, office space and a 175-room hotel.