Millions At Stake In Trial Over Profits, Workplace Hostility At Dezer Development

More than $10M is at stake as one of the East Coast’s most prominent developer families faces a civil trial this week.

Andrew Chesnick, the former chief operating officer of Dezer Development, is suing founder Michael Dezer; his wife, Neomi, in her capacity as trustee of a family trust; their son, Gil, CEO of the company; and several corporate entities that the family controls for breach of contract and unjust enrichment.

In testimony Tuesday, Chesnick described working for the Dezers as "a very toxic situation" in which he was cursed at, threatened and humiliated. He claims he is owed millions of the family's profits from high-profile projects. He alleges "constructive termination" — that the work environment was so hostile, he was forced to resign.

Gil Dezer testified Monday that Chesnick “screwed up everything he was working on over and over again." The Dezers contend Chesnick quit voluntarily and thus is owed nothing. In a pre-trial deposition, Dezer called the suit a “shakedown.” 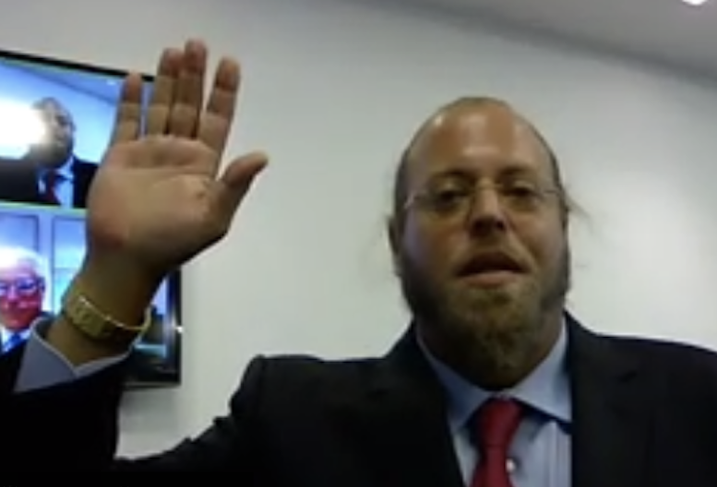 Bisnow/Deirdra Funcheon via Zoom
Dezer Development President Gil Dezer takes an oath before testifying as a defendant in a civil trial against one of his former employees, June 29, 2020.

Chesnick filed suit in 2017 in Circuit Court in Miami-Dade County. Amid the coronavirus pandemic, the non-jury trial in front of Judge Michael Hanzman is being conducted online over Zoom.

At the center of the case is Chesnick’s resignation and the work environment at Dezer Development. Gil Dezer admitted that he can lose his temper with employees, and in a pre-trial deposition, called Chesnick a “fuckface.”

The Dezers' attorney, Susan Raffanello, contended Chesnick wasn’t singled out for abuse and couldn’t claim that the hostility was intended to force him to resign — and thus forfeit millions in future profits.

"Many Dezer employees endured Gil Dezer's outbursts without being compelled to resign," Raffanello wrote in an earlier motion.

To argue Dezer “created a hostile horrible work environment that a reasonable employee would resign from, ‘But we didn't do it with the intent to force a resignation, we just did it because we just were amused by abusing this employee,' that seems to be very perverse to me," Hanzman said in virtual court Wednesday.

The parties made closing arguments Wednesday afternoon. Hanzman said that if he finds Chesnick was not constructively discharged, the case will be over. If he finds in favor of Chesnick, there will be additional matters to settle, such as determining whether the Dezer projects were profitable and to what extent he is owed money.

Waldman, Raffanello and Terra Group were all contacted for comment for this story, but none responded as of press time. Closing arguments wrapped up Wednesday, and a decision isn’t expected for at least a week.

After immigrating from Israel in 1962, Michael Dezer founded Dezer Properties in New York, making his name in Chelsea by converting factory buildings into luxury office cooperatives. The family still owns 20 commercial buildings there comprising 1.3M SF, according to the company’s website.

Chesnick contends that he is entitled to a share of the Dezers’ profits from eight of their Miami-area projects, including the Intracoastal Mall and several projects developed in conjunction with The Related Group, such as Residences at Armani/Casa, Hyde Midtown and 444 Brickell. Chesnick has argued he’s due an estimated $10.3M from the Porsche Design Tower project, $1.68M from the Armani project and $330K from the Hyde project.

A full accounting would be needed to determine the exact amount, his attorneys said, since the family structures its business using a web of companies.

Gil Dezer hired Chesnick, who had previously worked for prominent Miami developers including Related Group and Turnberry, as a consultant in 2012 to help take over a site facing foreclosure, Solis Resort Spa & Residences in Sunny Isles Beach. The younger Dezer initially intended to develop it independently of the family business, but he ended up selling the debt.

He made more than $1M on that deal, he testified — Chesnick's lawyer, Glen Waldman, said at trial he netted $40M — and subsequently hired Chesnick in 2013 to handle duties like performing due diligence and attending meetings on his behalf.

Chesnick’s employment agreement, attached as an exhibit to the complaint, says his base compensation was $250K and he would also receive “incentive compensation” of 3% of "the interest that Gil Dezer and/or his family members, and/or family trusts own of the applicable Projects.” Four projects were specified in the initial agreement and four were added later. Chesnick's compensation would vest over three years.

If the family terminated Chesnick, even for poor performance, he could still be eligible for some of the incentive compensation that had vested. However, if he resigned, he would not be eligible for any of it.

Raffanello argued in court that Chesnick breached his employment contract by negotiating with his next employer, Terra Group, before resigning. 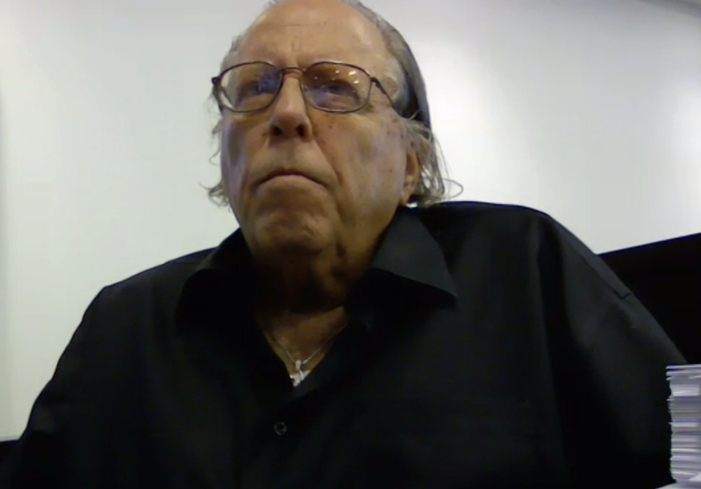 In an earlier deposition in the case, Gil Dezer testified that Chesnick "screwed everything up,” which is why he was subject to some verbal tirades.

“He exposed us by having construction going on where there was no insurance and no lease,” Dezer said as an example. “That's just the tip of the iceberg.”

The Dezers alleged that Chesnick failed to pay the commission to the person who had licensed the brand name for the Porsche Design Tower, botched a transfer of development rights and mistakenly advised that an acquisition they had been pursuing — a former Denny's restaurant site — couldn't be zoned residential, so they dropped it. Subsequently, a competitor bought it and will make an estimated $30M or $40M profit, Gil Dezer said.

Chesnick overstepped his authority and caused personnel issues with fellow employees that led to the Dezers having to create a human resources department, Gil Dezer testified. But the company put up with him because they are like “one big family” and sympathized that Chesnick was going through a divorce.

“We didn’t want to kick a man while he was down,” Gil Dezer said.

Chesnick reported directly to Gil Dezer. The other family members were initially unaware of the details of their arrangement. Chesnick’s court filings say that in July 2015, Michael Dezer became aware of the profit-sharing, and the Dezers "suddenly became hostile."

Chesnick's filings describe a meeting where Gil Dezer humiliated him in front of Matt Allen, the chief operating officer of Related Group. In emails, Gil Dezer referred to Chesnick as a “douchebag” and a “fucking moron” and threatened to bring a baseball bat to meet with him.

“Was your management style to yell at people?” Gil Dezer was asked in a deposition. “Unfortunately, it is,” he conceded.

He admitted he may have threatened to kill Chesnick. "It was a good motivator," he said.

During the trial Monday, Chesnick's attorney, Waldman, played an audio clip from the deposition in which Gil called Chesnick a “fuckface” and threatened that “this is not going to end well for you, especially if you continue to live in Miami.”

"This is real estate. They use the F-word. You should see the emails coming from Related now," Leslie Dezer, Gil’s sister, said in a deposition.

Titles were fluid, but Chesnick argued he was effectively demoted. Gil Dezer in 2015 confronted Chesnick with a written proposal to reduce his profit-sharing to 1%. The Dezers say this was because he was making mistakes.

"He fucks up deals," Michael Dezer said in a deposition.

Chesnick declined their offer, then resigned. He took a position as chief financial officer of Terra Group earning $335K, plus a 1% to 3% profit share on certain Terra projects, he confirmed under oath. 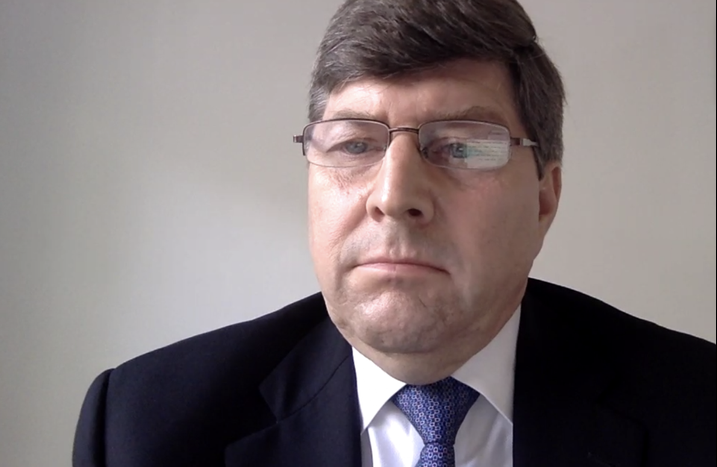 Gil Dezer said in his deposition that Chesnick “wrote an apologetic letter saying how he screwed everything up,” and only sued after he got fired from his subsequent job, two years after leaving Dezer Development.

On Tuesday, Chesnick acknowledged writing an email to Michael Dezer in which he wrote, "The mistakes made with the Denny's site acquisition, the Related deals negotiations, Midtown development fee, Armani TDR and sales center agreements were frustrating to you and may have been a result of distractions with other issues."

He testified that he was just reiterating Dezer's grievances, not admitting fault. Court documents include testimony from various Miami real estate professionals, including Matt Allen, describing Chesnick as competent and saying they would work with him again.

Documents filed in the case hint at how much the Dezers earned from some of their projects. At 444 Brickell, the Dezers would invest $1.37M and could make a net profit of $9.5M, one document projects. At Hyde Midtown, the anticipated net profit to Dezer was $23.6M, not including the sale of a hotel component, according to an attachment in Chesnick's employment agreement.

In testimony Monday, Michael Dezer was shown a document indicating the profit on the Porsche Design Tower was $344.9M. He said the actual number could be more.

In one 2013 email, Gil Dezer told Chesnick, "I can't tell you about all of my businesses. 3% would make you a billionaire."

Under oath, Dezer explained he was just exaggerating.