With Demand For Affordable Housing Rising, Funding Appetites Are Shrinking

To get affordable housing built, developers usually receive government tax credits that they in turn sell to investment partners and banks that use them to offset their tax liability. This year is anything but usual for banks, though — the three biggest ones in America are expecting such a huge drop in loan repayments that they set aside $28B to cover expected losses over the next three months. 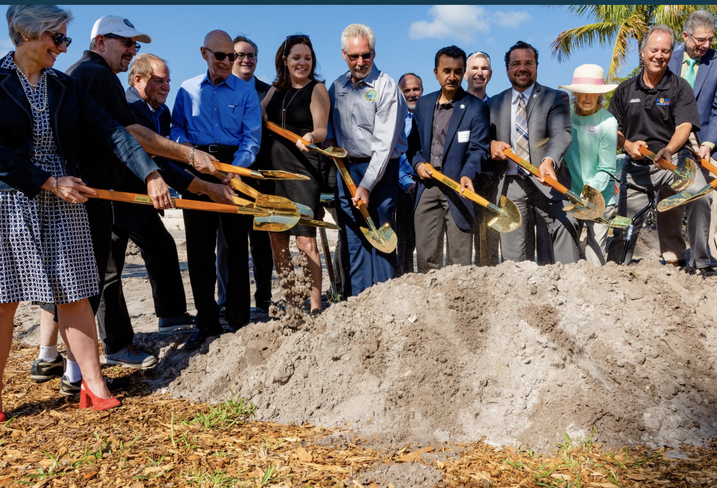 “You have to appreciate that these are uncertain times for some of our largest investors, and losses are never welcomed on any business platform,” David Deutch, a partner at Pinnacle Housing Group, which has developed 9,000 units in Florida, Texas and Mississippi, said on a Bisnow affordable housing webinar last week. “If they want to continue to participate in our space, which is buying tax credits, these large losses temper their enthusiasm and appetite.”

But Deutch said federal housing groups, including the Federal Housing Administration and Fannie Mae and Freddie Mac are "going gangbusters right now," referring to a slew of mortgage forbearance and housing relief programs that have been put in place to deal with the effects of the coronavirus pandemic.

“Hopefully in time, as things settle out and all of the larger players in the tax credit space understand what their appetite is, especially going into 2021, we're going to see a more robust market than it is today," Deutch said. "So there's caution and there's some uncertainty, and those things are never good for maximizing pricing or resources. But overall, I think everybody's still bullish because affordable housing is in great demand and is in limited supply.”

Elena Adames, president of Ambar3, a subsidiary of Jacksonville-based Vestcor, focuses on affordable multifamily development in Southeast Florida. She said some potential investors have already flat-out told her that no deals can close in 2020.

“We've seen other folks that have said we're not even issuing term sheets until 2021," she said. The coming year will largely depend on what happens with the pandemic and the November election, she said.

The panelists discussed the importance of both 4% and 9% Low-Income Housing Tax Credits. A 4% tax credit is designed to subsidize 30% of the low-income unit costs in a development, while the 9% tax credit can fund 70%. The 9% credits, however, are competitive and only awarded in a lottery system. Most Florida counties get one per year, while Miami-Dade gets three, Adames said.

Deutch said that 4% credits are helping finance more developments than in years past, because there's a confluence of reasonable tax credit pricing and low interest rates, which help bond yields. Plus, rents have trended upward. 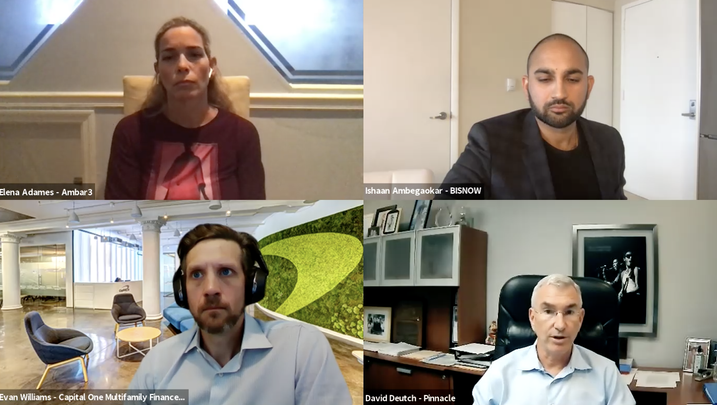 According to the Congressional Research Service, investors such as banks can claim tax credits over 10 years. While the subsidy levels are fixed in IRS code, the credit rates have been variable, with the 4% credits hovering between 3.15% and 3.97%. The 9% credit had fallen as low as 7.35% before 2008, when the federal government mandated a floor for the larger credits.

Deutch pointed to a federal bill proposed by Democratic leaders in the wake of the coronavirus that could similarly fix the 4% tax credit at 4%, plus provide other boosts to low-income housing programs.

“Everybody’s got their fingers crossed that that comes to fruition,” he said. “Right now, it's priced at 3.8%, so getting it fixed at 4 would be a huge boost to all of our deals that rely on that financing. So we're hoping that that momentum carries forward and that legislation gets approved in 2020, and we can do deals using that vehicle in 2021 with a much better equity infusion.”

Capital One Multifamily Finance Group Senior Vice President Evan Williams said that traditionally in this type of financial environment, investors gravitate more toward 9% deals “because they rely more on the tax credits for the return and have less exposure in operations."

"The benefit for 4% credits has been that those deals rely more on debt financing, and with the drop in Treasurys, we've gone from, say for 4.5% interest rates a couple years ago, down to 3% give or take, for new bond deals today," Williams said. "So that drop in interest rates helps support the 4% deals. Whatever you gave up on pricing, you gained in debt proceeds, so the deal hopefully still works.”

Williams indicated the sector is still healthy because there is still so much demand.

“I think you're still seeing strong demand for affordable housing across the board,” he said. “I know, talking to someone yesterday that in the last month or two since I last talked to him, he leased up 120 units.”