The $1.1B expansion of one of California’s biggest malls will make room for an e-commerce enclave. 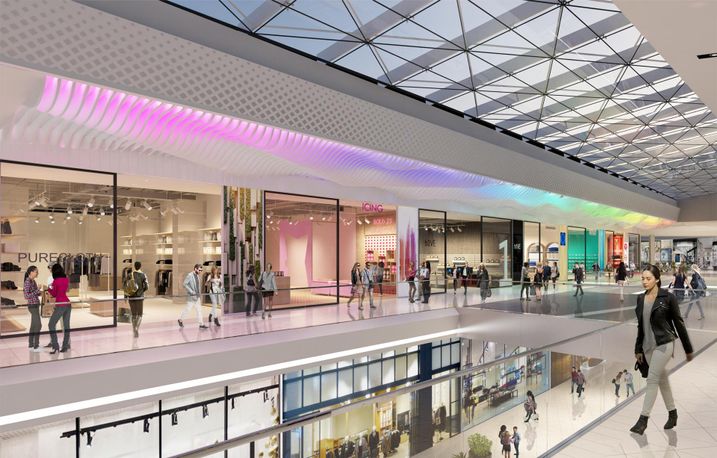 Courtesy of Westfield
A rendering of The District, which will start with five digitally native brands opening there in March.

The collection, dubbed The Digital District, will include eight stores and total just over 10K SF, Westfield Property Group Senior Vice President of Leasing Shawn Pauli told Bisnow. Brands signing lease agreements, which are all for around 12 months, include eyewear-maker Felix Gray and consumer goods startup incubator and accelerator We The People.

Pauli says URW's move at Valley Fair, a newly revealed part of the center’s 500K SF expansion continuing to unfold this year, is a recognition of the need to diversify and an opportunity to give promising retail startups test runs.

“The goal of this district is not just to fill these eight stores for one year,” he said. “It’s to see how many of them graduate after the one year into a long-term lease.”

In addition to Felix Gray and We The People, skin care brand Ghost Democracy and housewares retailer Goodies will open at Valley Fair on March 5.

Leisurewear brand LETT, along with three other unannounced tenants finalizing leases, will open in April, rounding out the eight storefronts making up The Digital District, according to Pauli.

To facilitate a soft landing for the various brands, Westfield will offer percentage leases and actively advise and support their build-outs, including with fixture programs, RetailNext technology, and assistance with music and licensing systems, Pauli said.

Both Ghost Democracy and LETT are brands created by e-commerce website Verishop, which launched last year and subsequently partnered with URW in plans to open 14 physical stores for various Verishop brands.

Highlighting the rest of Valley Fair’s expansion, which will make it 2.2M SF, is a new three-level, flagship Bloomingdale’s expected to open in March and a Showplace ICON Theatre that opened last year.