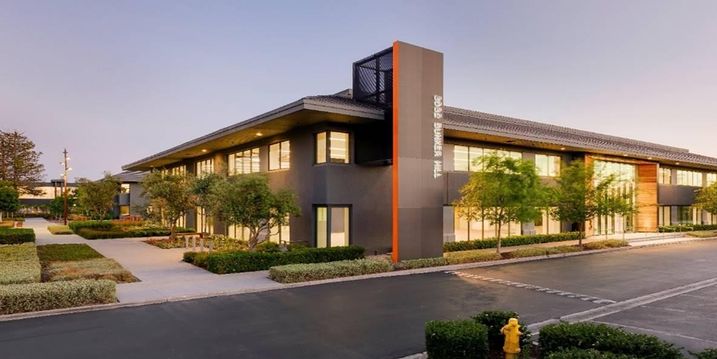 Composed of seven two-story buildings, the property is currently 73% occupied. It sits along Tasman Drive, within a few blocks of Levi's Stadium and adjacent to a VTA light rail station.

The Quad is anchored by Silicon Valley Bank, which occupies half of the campus for its Global Commerce Bank HQ, according to TMG Partners. Other tenants include GoDaddy, Perspecta and Knowles, which just signed a 23K SF lease.

JP Morgan, which recently renovated the office campus, purchased it for $109.3M in 2014, according to real estate site Reonomy. TMG Partners didn't share the acquisition price for The Quad, which was assessed at $120.1M last year, but property records show it changed hands for $152M, the Mercury News reports.

The new owner said it will add more amenities in its plan to fill out the campus with other companies looking to headquarter there.

"What we like about Santa Clara and particularly this pocket of Santa Clara is that there is a significant amount of new development coming within one to four blocks," TMG Partners Regional Partner Ben Kochalski told Bisnow.

Kochalski cites both Kylli's Mission Point, a large office project near The Quad, and Related Cos. megadevelopment Related Santa Clara, a 9.2M SF mixed-use project going up near Levi's Stadium.

Amenities at TMG's new property include an outdoor courtyard, a bocce ball area, a fitness center and a coffee shop. Existing floor plates at The Quad range from 19K SF to 50K SF, and the site is entitled for another 150K SF, giving TMG the chance to do a build-to-suit development.

TMG's acquisition of The Quad adds to a number of other Silicon Valley holdings. Among its Bay Area portfolio of over 30M SF are projects like Champion Station in San Jose and Samsung Research Center in Mountain View.

It is also working on the development of Boston Properties' new $1B office project near San Jose's Diridon Station.

The deal comes as many in Silicon Valley are still optimistic about its office market despite an ongoing national slowdown. The region finished 2019 with a vacancy rate of 9.2%, according to Cushman & Wakefield.