Tech companies have made a splash in Silicon Valley with big campus plans and expansions into new spaces. But Northern California is not the only place experiencing growth in office leasing from major tech companies. 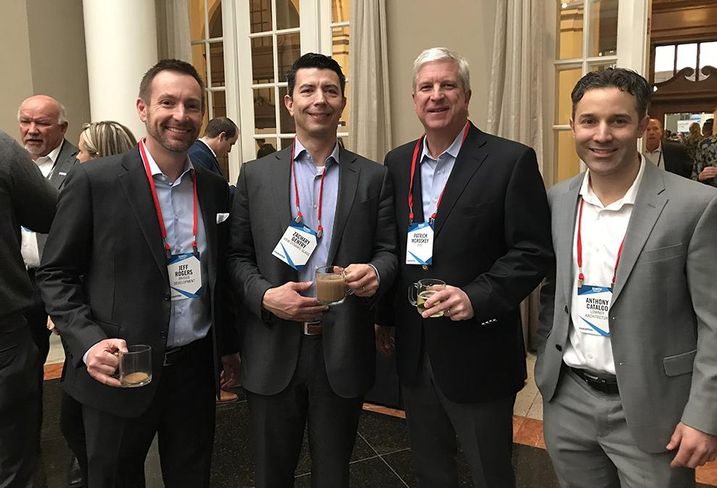 The tech boom is expanding into Southern California, according to CBRE Managing Director Patrick McRoskey, who manages several office products in Santa Monica, in the area known as Silicon Beach.

Oracle came to Southern California looking for 45K SF several years ago when CBRE was working on a project with JP Morgan, according to McRoskey, who spoke during a recent Bisnow event about Silicon Valley office. The tech company liked the 7-acre project so much that Oracle CEO Larry Ellison signed a 10-year lease for an entire 175K SF building in Santa Monica. The major draws to the campus were the outdoor work areas and amphitheaters, according to McRoskey.

He said when the market gets frothy in Southern California, suddenly everything is 99% leased and tenants have to look for alternatives in ancillary markets, which has resulted in the expansion of Playa Vista, West Hollywood and Culver City. He said Apple came out of nowhere and leased 85K SF in Southern California. Amazon has already taken 285K SF of a new project and it is rumored the company will take the rest of the project, adding 250K SF. The Los Angeles area also is in the running for Amazon's HQ2.

“These guys are coming in and they’re coming in hard and fast,” McRoskey said. “A lot of times you don’t see them and you just hear about the deal.”

The biggest difference between Silicon Beach and Silicon Valley is that large floor plates are more commonplace in Silicon Valley. Buildings in Southern California have typical floor plates of 20K SF to 25K SF and are just starting to incorporate 60K SF to 70K SF floor plates, according to McRoskey.