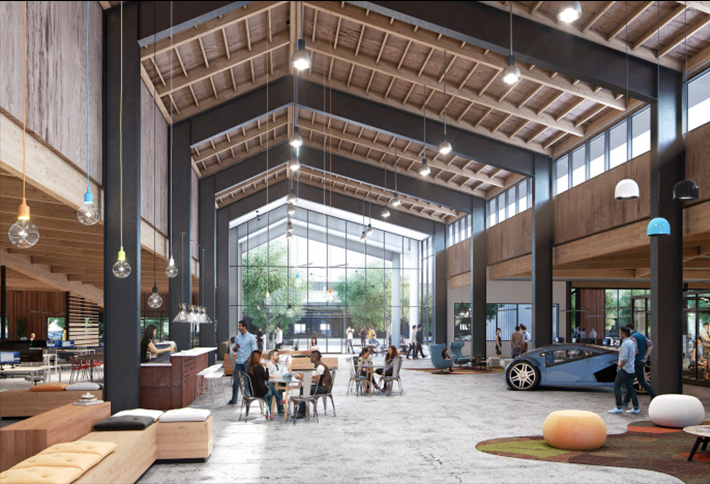 “As technology companies are forced to reckon with high rents and limited options to occupy space in Silicon Valley’s historic core of Palo Alto and Mountain View, those companies are increasingly migrating south,” ProspectHill Group principal Gambhir Kaushek said. “We firmly believe the North First Street corridor will become a prime location for corporate headquarter facilities due to its proximity and amenities.”

The partnership has branded the new North San Jose campus as Assembly at North First. It will be redeveloped in two phases. The first phase entails the complete renovation of four buildings, two of which will be combined into a single 100K SF building. Interiors and exteriors will be extensively modernized and offer an office campus environment featuring an acre of landscaped outdoor amenity space and a main street at the campus entrance. Elements of luxury residential and resort properties will be integrated into the commercial setting.

Interior building heights will range from approximately 18 feet at building perimeters to 22 feet or more at building centers. Interiors will have natural light and large floor plates. One building at 4000 North First St. will be two stories, while 3960 North First St. and 3930 North First St. are single-story structures. The partnership also is applying for LEED Gold certification for the core-and-shell renovation.

Building exteriors will have a definitive Industrial Ag look, combining smoothly finished cement plaster with weathered-looking wood paneling and some corrugated metal integrated into the siding. All of the windows will be replaced with contemporary, high-performance glazing.

The first phase will create 300K SF of office in three buildings with open interiors. Occupancy will be available in late summer of 2018. 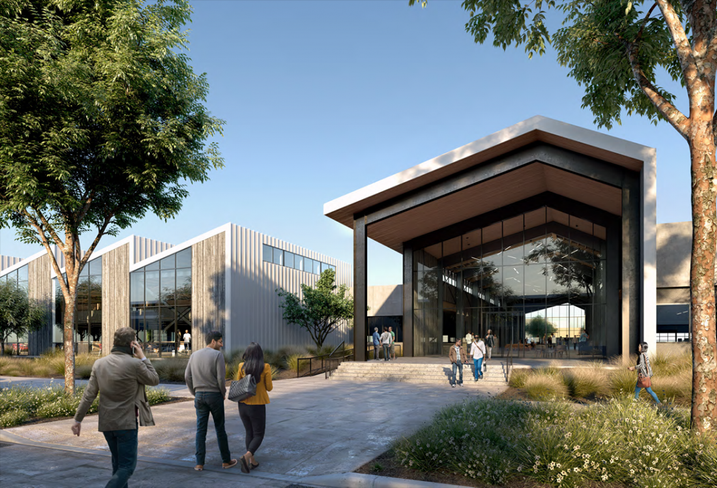 The second phase of Assembly at North First does not have a timeline yet. That portion of the property has approximately 200K SF in three buildings. Those three buildings are available for lease on a short-term basis, and they could be renovated in a similar fashion to Phase 1.

Assembly at North First is entitled for up to 1.3M SF of office and R&D space, per a development agreement with the City of San Jose. The second phase can be demolished to produce 1M SF of new construction or more, pursuant to the capacity allowed in the North San Jose Area Development Policy.

The campus also will include an on-site fitness center, upgraded locker rooms with showers and storage and a one-acre outdoor park with multiple seating and gathering areas and an outdoor fire pit and a pizza oven.

The transit-oriented development is within walking distance of housing and light rail and has access to the 101, 237 and 880 freeways. It will also have access to a new BART station. The campus is near the @First retail center and various restaurants and shops and is 2.5 miles from Levi’s Stadium.

All seven buildings were constructed in the 1980s and 1990s. Novellus occupied the campus when it was acquired by Lam Research several years ago.

CORRECTION, OCT. 11, 10:10 A.M. PT: A previous version of this story did not identify Colliers International Executive Vice President Craig Fordyce by name. The story has been updated.