San Jose’s office market, which has been relatively slow in recent years, picked up following Google’s plans to build a massive campus near Diridon Station. The Peninsula, which includes Palo Alto and Menlo Park, also has seen additional activity.

Santa Clara County office vacancies were about 12% in 2017 and the likes of Google, Apple and Facebook continue to buy or lease office space around the county, according to The Mercury News. Adobe Systems bought a parcel at 333 West San Fernando for $68M in January and plans to build a fourth office tower. Google continues its buying spree as it prepares for its Diridon Station campus and early this year bought three North San Jose office buildings at Midpoint@237, a business park developed by Trammell Crow, for over $117M.

Investors are expanding their San Jose office portfolios as well. DivcoWest bought three buildings from Cisco Systems in North San Jose in January, according to the Silicon Valley Business Journal. The $50M sale was for the buildings at 10 and 80 West Tasman Drive and 125 Rio Robles Drive, totaling over 313K SF.

DivcoWest and JV partner Rockpoint Group previously bought a 600K SF Class-A office complex, Riverpark Towers, near Diridon Station for about $283.5M ($473/SF) at the end of December. The two 16-story towers are 85% leased and tenants have access to a 10-story parking garage and on-site amenities such as a coffee and wine bar, a bike-sharing program, a dining lounge, a game room and a fitness center with showers.

Washington Holdings purchased an office park in North San Jose in January for $55.3M ($248/SF), months after it purchased Montague Oaks Business Park at 611-697 River Oaks Parkway for $90M, according to the Silicon Valley Business Journal.

Investors On A Buying Spree For Peninsula Office 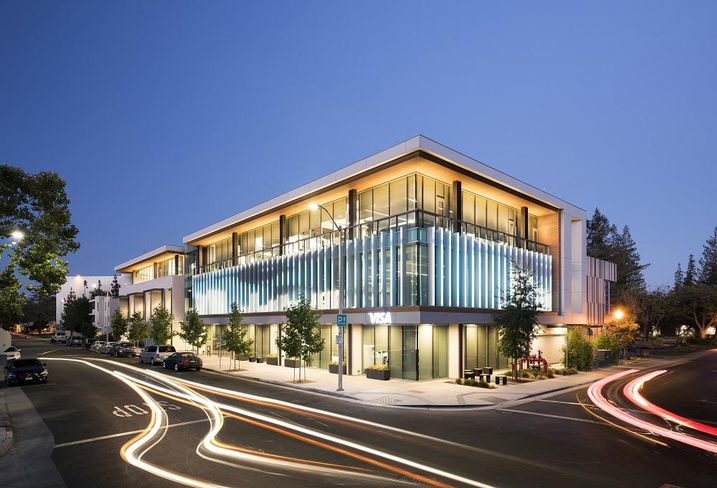 Outside of San Jose, investment activity has been heating up since the end of last year. Vista Investment Group spent $113M for a 314K SF office park in Campbell, making it one of the largest office transactions in 2017. Monday Properties entered the Bay Area office market with its first purchase in San Mateo earlier this year. Hudson Pacific Properties sold three office assets in the Peninsula for $241M.

American Realty Advisors bought a Palo Alto office building fully leased to Visa for $138M — one of the highest prices per square feet in Palo Alto. This Q1 sale is one of only a few Palo Alto offices that has been sold for over $2K/SF, according to the Silicon Valley Business Journal.

“The market is home to a majority of the country’s leading technology, professional services, and venture capital firms, in close proximity to the Bay Area’s most affluent residential neighborhoods, and is dominated by extremely high barriers to entry and limited supply,” ARA President Scott Darling said in a statement.

The seller was a JV of The Minkoff Group and a fund managed by J.P. Morgan Asset Management and was represented by Eastdil Secured Managing Director Stephen Van Dusen and Director Paul Nelson.

The 68K SF property at 385 Sherman was designed by Brick Inc. and offers about 64K SF of office. The building has column-free floor plates, bike storage, shower facilities and a landscaped third-floor roof deck. The property also has four multifamily units that serve as executive residencies and are fully leased. The building is pending LEED certification.

Thor Equities bought two buildings totaling about 82K SF in Redwood City in January for $58M ($711/SF) from Premia Capital and Rockpoint, which originally paid $22.5M for the buildings.

This sale occurred a week after CIM Group competed a sale for a 24K SF office at 490 California St. in Palo Alto and paid over $33M ($1,393/SF) to Clarion Partners and the Illinois State Board of Investment. The four-story office building is occupied by Menlo Equities, Catalina Labs, Sourcenext and Technology Credit Union.

Briggs Development acquired a Class-A office building in Los Altos from a Santa Clara Valley-based family holding company on Feb. 9. The 36K SF two-story building at 4410 El Camino Real was built in 1983, has an underground parking garage and has an exterior surface lot with approximately 140 stalls.

Tenants include a variety of tech and professional services. Briggs and architect of record Vitae Architecture will revitalize the space with EV charging stations, new outdoor amenities and collaborative tenant suites.