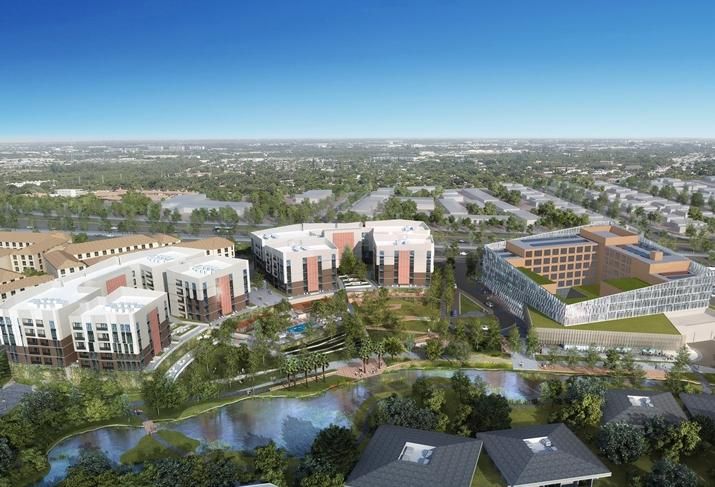 Millennium Hotels and Resorts had its official groundbreaking Tuesday for M Social in Sunnyvale, a new hotel and residential project on the cutting edge of 5G technology, including artificial intelligence within units.

The project will include a 263-room hotel with more than 24K SF of function space — including an 11K SF flexible meeting and event space — 250 apartments, 4,300 SF of outdoor space and 9,100 SF of public spaces. The hotel will be built with steel-frame modular construction.

The modular approach will help the developers build the hotel more efficiently, reducing building time and construction waste and having less impact on the environment and local neighborhoods, according to a statement from Millennium.

The project, at 1250 Lakeside Drive, is the first M Social in North America. It joins locations in Singapore, Auckland and Suzhou. The concept focuses on the use of technology to better connect residents and visitors and capitalize on new technology in hospitality. 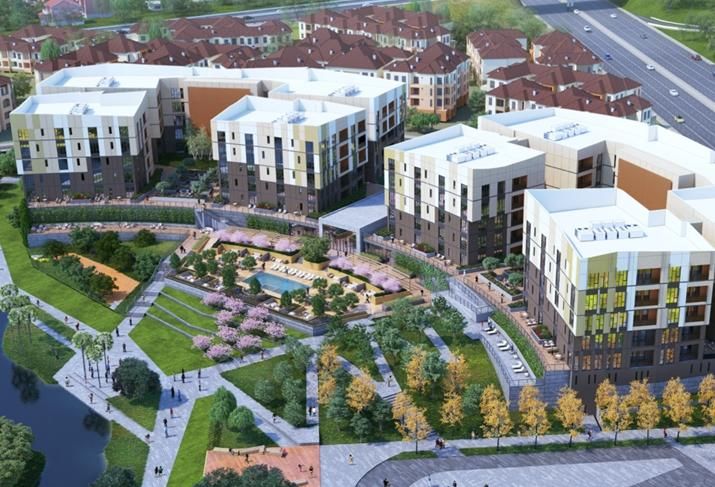 The residential part of the project will be on the western side of the site. The roughly 266K SF building will have five residential stories with 250 apartments above two levels of podium parking, according to Millennium. It will include 70 studios, 110 one-bedroom and 70 two-bedroom units.

The residential building will be around a podium with pool, recreation area, fire pits, communal and private seating areas and barbecues. Other amenities will include a fitness center, yoga studio, clubroom, gourmet kitchen and lounges. 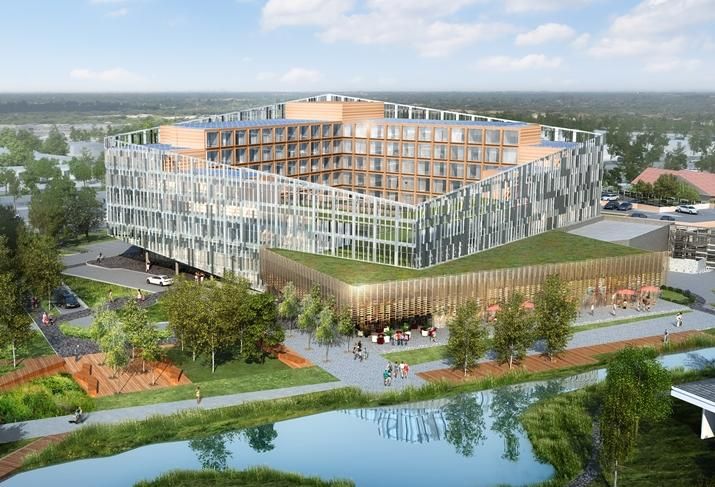 Technology on-site will include 5G wireless for hotel guests and residents, allowing smart keys and in-room entertainment and gaming. The next-gen wireless also enables the use of artificial intelligence to streamline hotel operations, according to Millennium. Hotel guests will be able to access rooms, and control lighting, room temperature, television, window shades and the coffee maker with their 5G devices.

Millennium is in discussions with Verizon to test 5G technology at M Social Sunnyvale, which could give local technology companies, startups and entrepreneurs a place to work on and demonstrate new 5G applications on a live network.

The project is set to open in the first quarter of 2021.

CORRECTION, OCT. 17, 11:55 A.M. PT: A previous version of this story did not convey that Millennium and Verizon are still in discussions about testing 5G technology at M Social Sunnyvale. The story has been updated.