Silicon Valley has reached a new peak in apartment production this year. 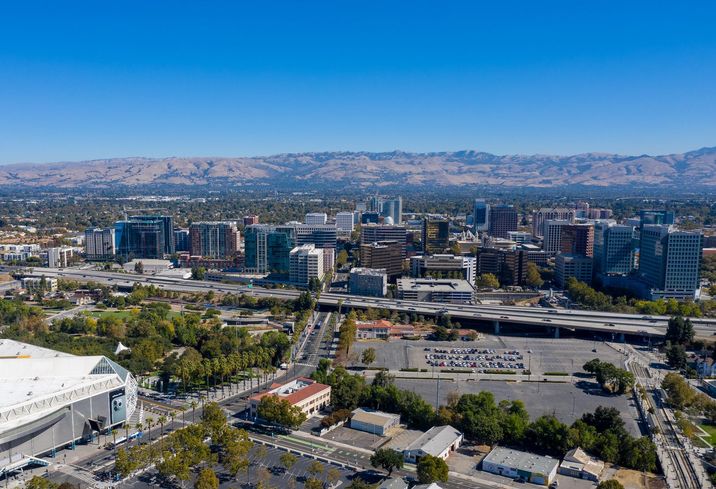 After adding 1,579 new apartments in 2018, the San Jose metro area is on pace to finish 6,044 apartment units this year in a 283% increase, according to a report from RENTCafé.

That puts the San Jose MSA, which includes cities like Sunnyvale, Santa Clara and Mountain View, behind only the Detroit metro for the nation's biggest jumps in apartment output among large metro areas.

Although San Jose itself leads the way with 2,290 units coming online this year, a trio of much smaller cities has punched well above their respective weights.

Despite having less than 10% of the population of San Jose, Milpitas is on track to produce some 1,700 new apartments this year, according to RENTCafé. The surge comes just in time for — and largely because of — the city's new transit village and BART station, according to Milpitas Building and Housing Director Sharon Goei.

"With folks knowing about the BART extension here, developers start looking in the areas around the transit center," Goei said.

The handful of projects that have begun leasing, like Phase 1 of the four-phase project The Fields, are filling up quickly, Goei has heard from developers. And more projects, like SummerHill Apartment Communities 694-unit Centre Point development, are well underway.

Mountain View, which has a current housing stock of about 36,000 units, is close to finishing three precise plans that zone for another 18,000 units, or a 50% increase, Mountain View Mayor Lisa Matichak told Bisnow. 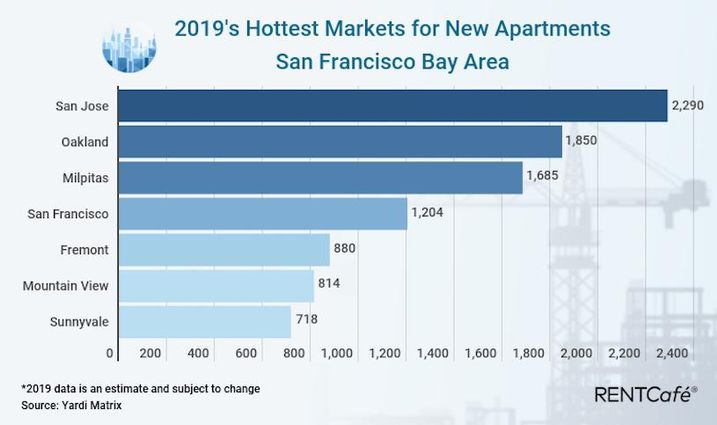 "For several years now, Mountain View has been seen as a city that is open to additional housing, and that has resulted in more proposals being made," Matichak said.

One such plan, North Bayshore, is already complete and allows for the production of 9,850 units, most of which will be developed by Google. The search engine giant plans to deliver 5,700 homes across the wide swath of land it owns in its hometown.

Before then, ROEM Corp. has opened its 116 units of affordable housing at 779 East Evelyn Ave., while half of Palisade Builders' 500 Ferguson project, which will total about 400 units, opened this year, Matichak said.

Next door, Sunnyvale went a year with no large-scale apartment developments before a relative surge this year, according to RENTCafé. The city has 5,000 units in its pipeline, which includes those approved and under construction, and expects to see most get built in the next two to five years, Sunnyvale Director of Community Development Trudi Ryan said.

"Not every project that gets approved gets built, but our record is pretty high in Sunnyvale," Ryan said. "We have a policy of working with developers to help them have a project that can be supported by staff and to get there quickly."

One of those projects, The Flats in Sunnyvale's brand-new master development, began leasing late last year and illustrates demand in Silicon Valley.