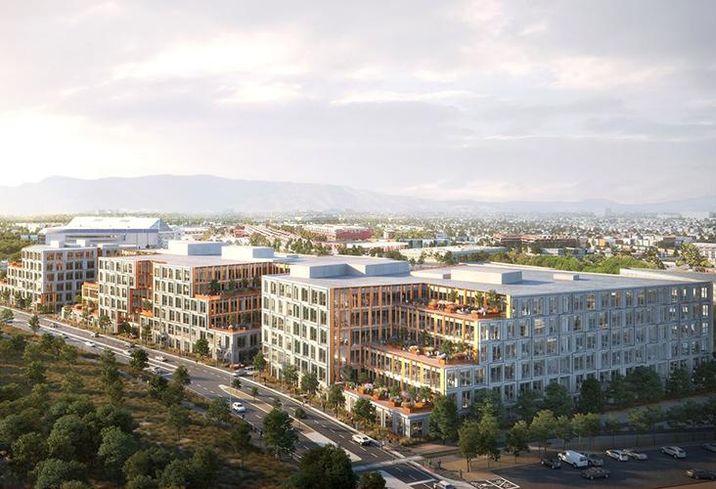 TMG-VOP Julian, a JV between TMG Partners and Valley Oak Partners, has entitled its 1M SF commercial office campus near Diridon Station in Downtown San Jose. The site, now known as Platform 16, is at 440 West Julian St. Construction is expected to start in 2019 with delivery expected in 2021.

“This planned development will help bring thousands of jobs into our city center with easy access to public transit and include a number of public space improvements that will help connect the Guadalupe River Park to Platform 16 and the rest of the Diridon Station area,” San Jose Mayor Sam Liccardo said in a statement.

Outside of Google’s proposed 8M SF transit village, this is one of the largest office developments in the works in San Jose. J.P. DiNapoli Cos. is planning to build a 20-story 750K SF tower in downtown San Jose at Park Avenue and South Almaden Boulevard, which also could break ground in 2019. Adobe is planning to build a fourth office tower next to its existing headquarters in San Jose, and Insight Realty Co. is working on a mixed-use office project at Museum Place.

“The area around Diridon Station is poised to become our megaregion’s next major innovation hub,” TMG Partners CEO and Chairman Michael Covarrubias said in a statement.

The 5.43-acre Platform 16 site is within the Innovation District of the Diridon Station Area Plan and is composed of several industrial buildings and surface parking lots. It is bounded by North Autumn Street to the west, West Julian Street to the south and the recently opened Autumn Parkway to the east.

The conceptual development plan for the property was first submitted by the TMG Partners-Valley Oak Partners venture to the city in July 2017 and received approvals earlier this year.

The development has immediate pedestrian and bicycle access to the Guadalupe River Park across Autumn Parkway and is a 10-minute walk to the restaurants at San Pedro Square and the financial center of San Jose.