With a boom in downtown growth, the northern part of the city ready to take off, and high-speed rail coming to town in the coming years, San Jose is coming into its own, city leaders told around 320 industry pros who attended Bisnow's Future of Silicon Valley: Hot Projects event last week at Santa Clara Square.

Mayor Sam Liccardo highlighted San Jose's economic growth, including its outstanding job growth last year. There was 3.7M SF of industrial development last year and another 10M SF is in the pipeline in North San Jose, he said. How much of that will be developed will depend in part on what happens with the economic clouds on the horizon, he said, mentioning uncertainty in the markets and China.

North San Jose has been exploding with Samsung opening there, Google taking space and Apple “opening what may be a small campus there,” he said, referring to the 4.15M SF campus the company is planning.

Meanwhile, downtown San Jose is emerging as a tech hub and co-working and collaboration corridor. It is becoming the urban option so needed in Silicon Valley going forward, he said.

The decision to bring high-speed rail to the Bay Area first is a huge boon and will have a profound effect on San Jose, said deputy city manager and director of economic development Kim Walesh. “Location, location, Diridon Station,” she said.

In 10 years, the high-speed rail line will make San Jose's Diridon Station (below) the largest transit hub west of the Mississippi, she said. The station is already home to light rail, bus service and a planned stop on BART's Silicon Valley expansion. That, in turn, will drive transformative growth. 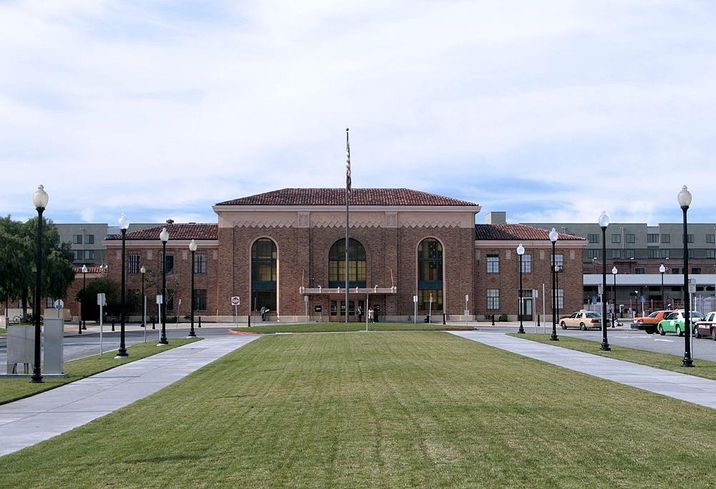 Downtown, especially downtown office, is at an incredible tipping point, Kim said. Rents are rising and more tech companies want to be in that urban location, she said. Around 4,000 housing units have come online or are under construction to fill the demand from those who want to live and work in an urban center, she said. The city's challenge right now is there's not enough Class-A office space to meet demand.

She mentioned major projects planned in downtown. Across from city hall, SJSC Properties plans two towers – one for office and one for housing. Another is Insight Realty's Museum Place (above), which Kim called “probably the most mixed-use seen anywhere in the valley” with its mixture of residential, office, hotel and museum space. Insight Realty's Dennis Randall also spoke at the event.

Now is North San Jose's time, Kim said. The area has been in transition from a first-generation industrial park into a mixed-use innovation district, and now 40% to 50% of the people living there also work in North San Jose. She said it's really the last place to do the large floor plates and large campuses these companies want.

The city's job to spur development is to ease the process, Sam said. San Jose is making more of its services available online, reviewing its general plan, finding ways to expand the capacity for housing in downtown and extending incentives, he said. The city's identification of urban villages to encourage mixed-use and retail and office development along with residential around transit centers should also help.