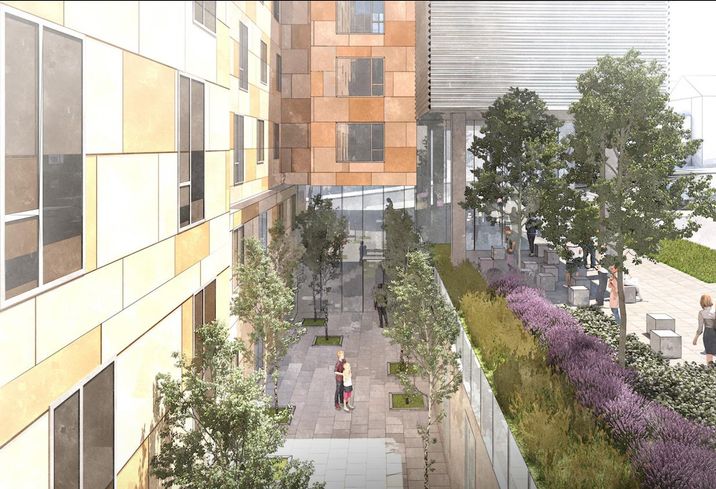 Courtesy of Peak Campus
The 500-bed student housing apartments Theory U District will deliver in 2022 just blocks away from the University of Washington and its Greek Row.

Peak Campus and its investment partner, Blue Vista Capital Management LLC, are set to break ground on new student housing near the University of Washington later this year.

The site, at 4731 15th Ave. NE, was formerly home to the University Christian Church, which operated there for 90 years.

The new student housing apartment community, dubbed Theory U District, will have about 500 beds in studio, one, two, three, four and five fully furnished bedroom configurations. Amenities will include a rooftop deck, multiple study rooms, a courtyard, a fitness room, parcel lockers and parking. The project is set to deliver in 2022.