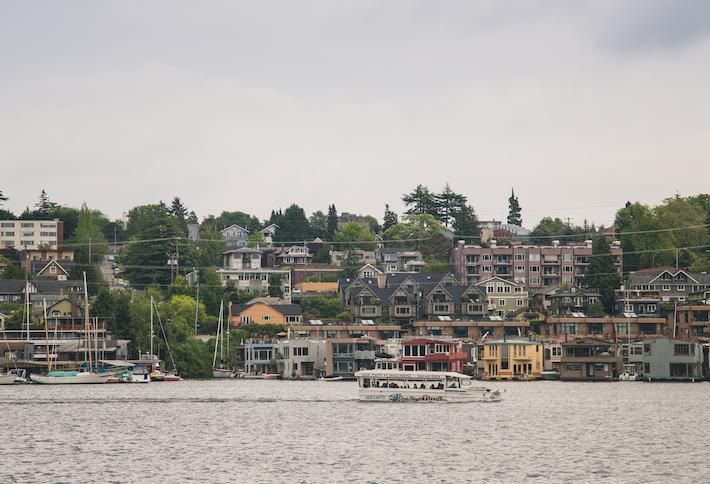 Single-family home prices in Seattle rose 13.3% in May, compared to a year ago, according to the monthly Case-Shiller home price index. That is the fastest gain in the Seattle market since prices leapt up nearly 19% in 2006 before the housing bubble burst during the recession, the Seattle Times reports.

Portland had the second-fastest growth, with home prices increasing 8.9% from a year ago, and nationally, growth was 5.6%. The last city to heat up as fast as Seattle was San Francisco, where home costs soared more than 20% in 2013 and 2014.

Seattle-area home prices have nearly doubled over the past five years and have grown twice as fast as the national average since 2016, according to the Case-Shiller data. Seattle has led the nation in home-price growth every month since September.

The median price of a house in Seattle is now $729K, and it is $875K on the Eastside, while prices are at record highs in Snohomish, Pierce and Kitsap counties, according to the Northwest Multiple Listing Service.

Does Seattle’s rapid growth indicate the market is headed for a crash? According to an analysis by Seattle Times reporter Jon Talton, not likely. The blazing Seattle market of today is not a result of risky mortgages and a deregulated financial system, as it was in 2006. Rather, the city’s growing economy and demand for well-paid tech workers has driven a massive population influx. Top tech talent from Silicon Valley is drawn to Seattle by the city’s relatively cheap standard of living and luxury amenities.

The supply of single-family homes is not matching the demand. Homes for sale across King County dropped 20% from a year ago and were the lowest on record for any month of May dating back to at least 2000. With the greatest number of bidding wars for a limited number of homes, the local Seattle market has become the most competitive in the country, according to Redfin data.