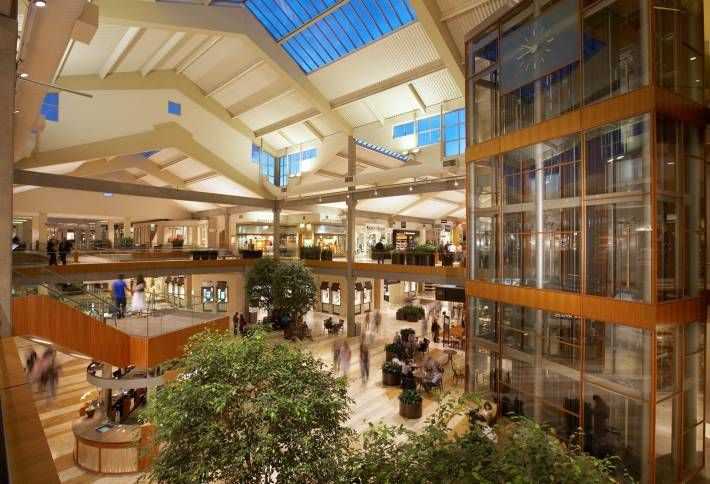 With hopes of the reopening of retail stores mounting, mall owners are considering strategies that keep both employees and shoppers safe.

Meshing ideas from others in the industry, she said she believes easing fears and reassuring customers that shopping is still safe are her top priorities. She takes cues from groups in the industry including the National Retail Association and Kroger Inc., which owns Fred Meyer and QFC.

“We are promoting what we are doing to make shopping a safe experience,” she said. “We expect to have a phased-in approach that starts with shopping by appointment and shortened store hours.”

Other ideas include bathroom attendants, ample amounts of hand sanitizer, a limited number of shoppers, monitored entrances and all food served on disposable trays and plates.

The reopening of retail stores will require multiple safeguards, according to a memo released by CBRE. It recommends developing strategies to keep high-touch areas clean, controlled traffic and density, and the enforcement of social distancing in common areas.

Last fall, Shemwell toured malls in Dubai and found them to be the cleanest she has seen, despite the high foot traffic.

The efforts will require more staff, but Shemwell said she hopes the company can transition some of its hospitality workers over to the retail side of the business, to both boost the mall’s cleanliness and keep hospitality staff employed.

Bellevue Square was one of the first malls in the country to close. Situated in the region of the nation’s first coronavirus case, those living in the Bellevue/Kirkland/Redmond zone were among the first to become concerned. Shemwell became alarmed about the virus’s impact on the country early and was soon included in the Department of Homeland Security calls.

The mall began shortening its hours as store managers started expressing concern about the safety of their employees. The mall closed on March 17 after an employee at Zara tested positive for the coronavirus.

The facilities team at Bellevue Square deep cleaned and spruced up the mall during the closure, Shemwell said. The firm also hired a hygenist to inspect the site and recommend further cleaning strategies.

With hopes of being able to open by May 18, Shemwell said Bellevue Square is using this opportunity to implement new cleanliness practices and security measures, both their own ideas and those of others in the industry.

“I’m finding that people are willing to share what’s worked for them,” she said. “We are in this together.”