As millennials and the following generations begin to fill the bulk of corporate positions, their expectations for the workplace are high. Think shuffleboard and pinball, open spaces and natural light and just enough quiet space to make sure everything gets done. “In terms of Class-A office space, you are going to have to tailor the design to the tastes of the core workforce,” said University of Washington Foster School of Business senior lecturer Tracey Seslen, who will be one of the panelists speaking at the Bisnow Seattle Office 2018 event July 24.

Seslen has expertise in economics and real estate. As she travels around the world, she pays close attention to office trends.

For example, Google has offices all over the world and each has a lot of innovation and collaboration space, she said.

"But sometimes you just need a quiet place to work, so there are also a lot of quiet spaces."

The sharing economy of flexible work areas is another millennial trend that is catching on in office space.

Fewer people spend all day working in an office, but most people need to have a home base, Seslen said. Enter office-sharing spaces like Atlas and WeWork.

“It’s like Uber and Uber Pool,” Seslen said. “In this shared economy, everyone has their own hustle and a lot of times they just need a place to use when they need it. Some companies are even paying for their employees’ memberships. It gives them a place other than a coffee shop where they can get things done." 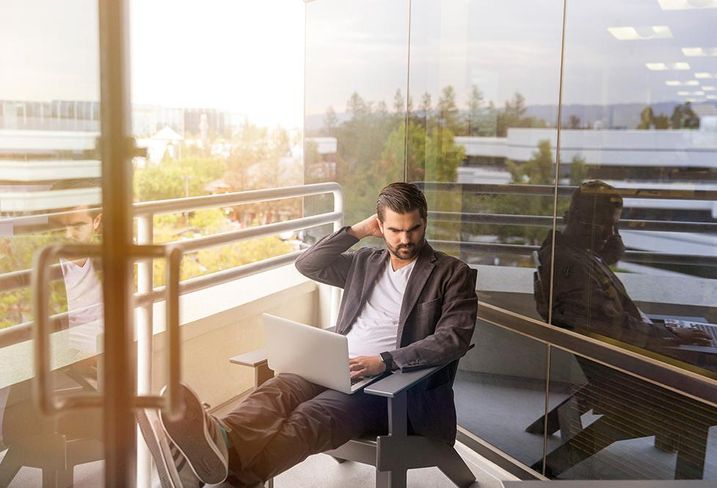 Millennials also believe in wellness and don’t want to get sick from their office buildings.

“People have been talking about sick building syndrome a long time,” Seslen said. “Preventing this means making adjustments to the buildings so that workers can be more productive.”

Seslen also cautions that millennials, like their parents, will eventually move into the suburbs. Owning their own home is at the top of their life goals, she said.

Therefore, most sought-after office space will need easy access to transportation, whether through parking and freeway access or proximity to mass transit.

In the meantime, don’t expect them to work, live and play all in one building. She cautions against overbuilding housing right next to major employers.

“Millennials don’t want to live right next to their office,” she said. “They want some separation between work and home.”

Despite the rapid rate of offices being built around the city, Seslen does not believe Seattle’s office market is overbuilt. Instead, it is going to get harder for office projects to pencil. Lack of demand isn’t the problem. The problem is the unknown impact of how the tariffs will hit construction, land prices going up and construction delays due to lack of equipment, like cranes.

Case in point, Seslen runs a construction practicum with her UW students. The mentors tell the students to plan for a 20% inflation increase over the two-year construction period.

“That’s a lot,” she said. “Construction inflation is well over the average rate of inflation, and that’s going to make it harder to build rather than leaving us with an excess of offices.”

Hear more from Seslen and other office experts at the Seattle Office 2018 event July 24 at Embassy Suites Seattle Downtown-Pioneer Square.