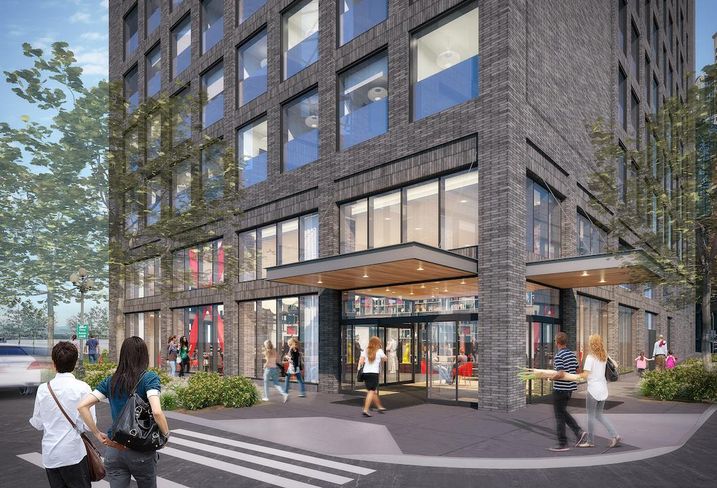 Courtesy of citizenM
This rendering shows the future citizenM hotel in Pioneer Square.

Amsterdam-based hotel chain citizenM will break ground this week on its 10-story, 216-room hotel in Pioneer Square at 60 Yesler Way.

The groundbreaking will include a public ceremony on Wednesday at 3:30 p.m.

The hotel will be constructed on the site of Seattle’s first sawmill,  built by Henry Yesler in 1853. The 67K SF site will feature a mosiac art piece by local artist Ryan Feddersen. Mortenson is the general contractor, Gensler is the architect and Amsterdam-based Concrete is the designer.

This is citizenM’s second Seattle hotel, one of about a half-dozen in the United States. The firm is aggressively growing and plans to have 40 sites open or under development globally by the end of this year, which will double its portfolio.

Earlier this year, citizenM secured GIC, the sovereign wealth fund of Singapore, as a new investor with a 25% stake.

Managing Director Ernest Lee calls Seattle a “gateway city,” which has set itself up for long-term growth. In a Bisnow article that ran in October 2018, Lee said Seattle’s urban planning efforts planted a seed by rezoning light industrial areas into communities rich in retail, office, residential and hospitality. Those efforts, he said, created a place where talent wants to work and play and employers want to be.