The long-awaited 2-mile Highway 99 tunnel opened today and not a minute too soon. The city woke up this morning under a blanket of snow, a weather event known for making traffic gridlock even worse than it already is. Traffic volume in the new tunnel may be light, however, since people were warned to stay off the roads. Most schools were closed and many companies told their employees to telecommute. 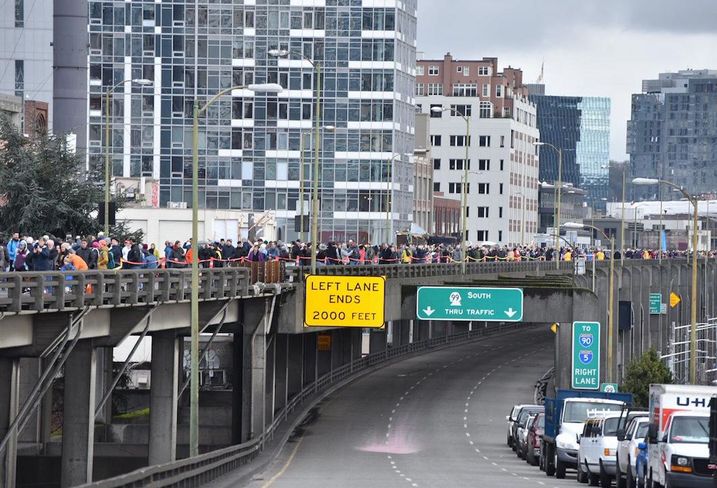 The tunnel is the longest and widest in North America, the Seattle Times reports. It will provide another option for commuters traveling from Sodo to South Lake Union. It dips 18 stories below the city on a path that cuts directly beneath Pike Place Market.

The $3.3B tunnel, designed to last for 100 years, has been in the planning stages for 18. The need for a new transportation option emerged after the elevated Alaskan Way Viaduct was declared unsafe after sustaining damage in the 2001 Nisqually Earthquake.

After years of debate on how to remedy the problem, then-Gov. Christine Gregoire made a controversial decision in 2009 to replace the viaduct with the tunnel. Ten years later, the plan has finally come to fruition. Tunnel construction faced many delays and should have opened in 2015, King 5 News reports. 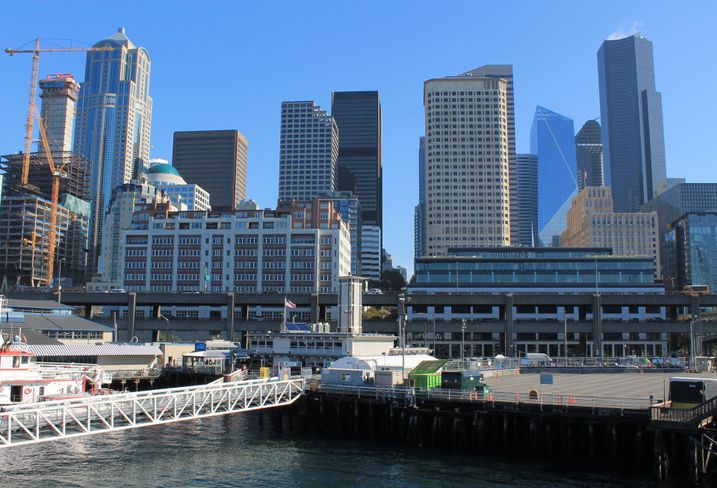 Bisnow/Shawna De La Rosa
The Alaskan Way Viaduct is now closed and will soon be demolished. It was considered a loud barrier between the city and the waterfront.

The tunnel drill, named Bertha, overheated five months after the project started. It took two years to get Bertha up and running again. Construction restarted in January 2016, only to be put on hold again after a sinkhole emerged near the digging site. A few months later, Seattle Tunnel Partners found that Bertha had veered six inches off course.

Advocates of the tunnel are celebrating that the viaduct — which produced a sound of 80 decibels and cut the city off from Seattle’s waterfront — will finally be destroyed.

But many wonder if this new passageway, which will be subject to tolls, will do anything to ease the city’s gridlock. Since the quake that triggered the creation of the tunnel, Seattle’s population has grown by one-third. It now boasts 730,000 people, according to the Seattle Times.