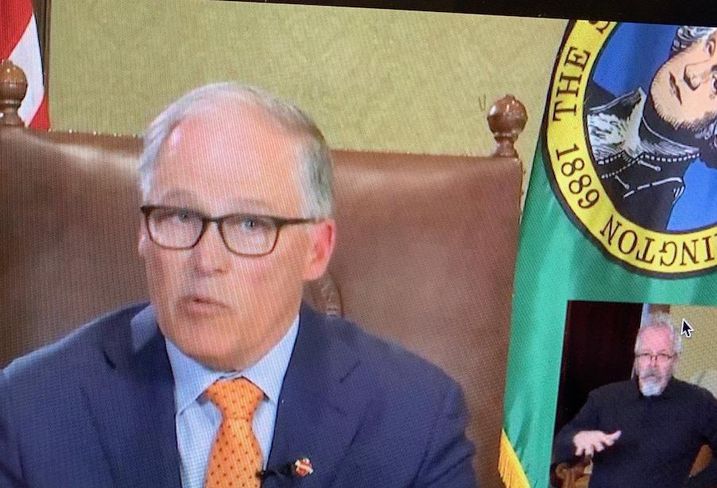 On March 23, as deaths from COVID-19 continued to climb in Washington state, Inslee declared that all nonessential businesses, including residential and commercial construction, must close for two weeks. The order was then extended to May 4 and now may be extended beyond that date.

There were some exceptions in the construction industry. Work on the Seattle Center arena and the Seattle Convention Center was allowed to continue, as well as work on affordable housing projects. The Ruston Way mixed-use development in Tacoma also received a green light to continue.

But at a press conference Tuesday evening, Inslee did not indicate exactly when the stay-home order would be eased. He did say that the curve was flattening and if that trend continues, the state may allow for elective surgeries to begin, some outdoor recreation to be allowed and a limited return to construction projects. Some of the restrictions are likely to stay in place beyond May 4, he said.

This week, the University of Washington’s Institute for Health Metrics and Evaluation pushed the date Washington could safely reopen businesses from May 18 to May 26, based on a higher number of deaths than expected at this point. Washington has reported 682 deaths as of April 21.

Fortney’s rationale echoes that of some small-business owners, who question why some businesses are allowed to continue work while others are forbidden from performing one-person projects. Washington is one of only four states that does not allow residential construction during stay-home orders.

Warren Hughes, who runs a multifamily construction business in Arlington, recently told Bisnow that shutting down residential construction companies would soon become financially devastating for the industry. He pointed out that the industry lends itself to social distancing practices.

In Lynden, Washington, which borders Canada, city officials told local builders to continue to work with safety measures in place. Both Chelan and Douglas counties, in central Washington, passed formal resolutions that allowed construction to continue, according to a report by OPB.