In Seattle, These Robots Will Park Your Car

When Seattle Cancer Care Alliance’s new facility opens in 2022, patients will have a valet-style parking experience without the valet.

The facility is installing a 43K SF automated parking garage under its five-story complex, providing a garage that will be both a convenience for patients and a functional parking solution for an odd-shaped lot.

The garage will have space for 160 to 180 cars and will maximize its available space. Patients will drive up to a centralized valet, where they will turn their cars over to a robotic system. The system will then take the cars and shift them horizontally and vertically until they arrive in their designated spots, parking tighter than a traditional would lot allow. Patients won’t have the hassle of getting in and out of cars in small, cramped spaces. 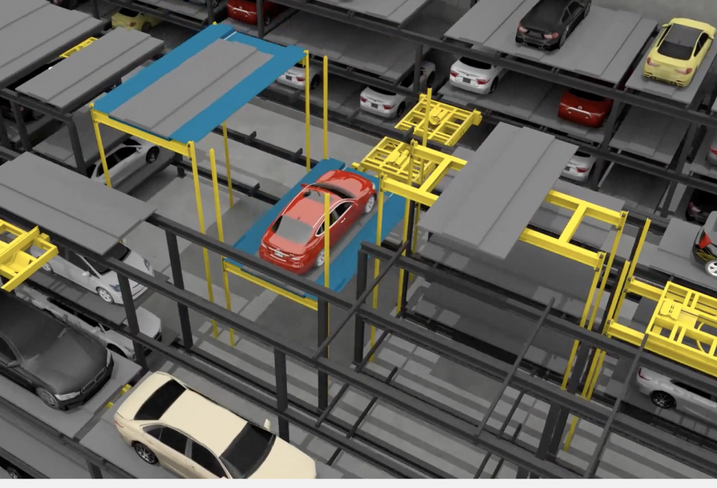 “This is a small, narrow, rectangular site,” Bellevue-based GLY Construction Senior Project Manager Joe Walker said. “Due to the geometry, drivers would need to park on the ramps. This robotic system is more efficient, as it gives us more space and it’s easier on the patients.”

As a healthcare facility, the mobility of the patients is a major consideration. While typical drivers take about 30 seconds to get out of their cars, SCCA patients took three to four minutes.

Using data provided by SCCA, GLY determined patients need to retrieve their cars within about two minutes. They kept that in mind when seeking vendors, and ultimately decided on Wohr Parking and Denver-based Harding Steel as the subcontractors, Walker said.

“There are a lot of vendors and manufacturers out there, so developers need to be sure they are doing their homework,” Walker said.

Goldberg points out this technology is not new. In fact, the first patents for automated garages landed in the late 1800s. In Seattle, there was an automated garage in the 1930s, but the algorithms have become significantly more sophisticated since the early models were introduced. 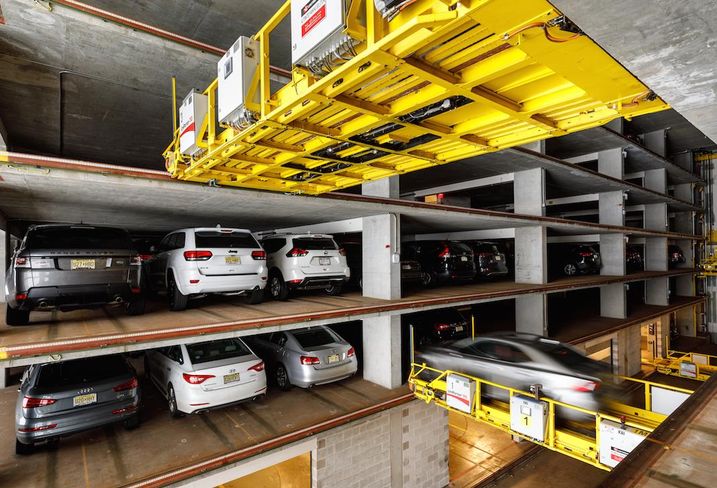 The assemblies are costly upfront, but they add value to the development in the long term. Automated parking eliminates the need for excessive ceiling heights, ramps, stairs, lights, and heating and cooling. It also reduces excavation costs.

“The idea that parking garages are expensive is largely a misconception,” Markwood Development Director Simon Aftalion said. “In the long run, automated parking provides a more efficient use of space to park the same volume of cars when compared to traditional parking options.”

Many Seattle developers are attempting to reduce parking for their higher-end units, but Colliers International Vice President of Seattle Multifamily and Land Investments Sam Wayne believes that’s a mistake

“In the long term, those buildings that provide parking will see a preservation of value,” he said. “Automated garages are the future of parking. You can provide parking on smaller lots where you don’t need to work the turning radius.”

“From a marketing standpoint, the building itself is far less desirable without efficient and convenient parking solutions,” Aflalion said. “The reality is that a lot of people still have a vehicle,” he said. “Providing the use of Teslas makes a great sound bite, but if it’s Saturday, how are two Teslas going to meet the whole building’s needs?”

“Automated garages have the ability to utilize space more efficiently and effectively by getting more cars into less space,” Gangadhar said. “Additionally, automated garages should be considered when the price for land is higher than $120 per square foot. Anything beyond this price point, the economics of automated parking make it a simple decision.”

CORRECTION, Feb. 20, 5:56 P.M. PT: A previous version of this story gave incorrect measurements of the garage's total square footage and height. The story has been updated.