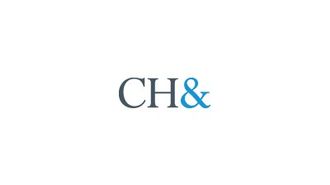 Public-private partnerships, in which a public agency partners with a private sector company to perform some mutually beneficial undertaking, can yield developments with the potential to transform and radically redefine an area. These improvements can attract companies and residents and foster community-building. They can also catalyze further development, particularly when they create or enhance transit or other infrastructure.

Cairncross & Hempelmann represented Microsoft in the negotiation of the P3 between Microsoft, Sound Transit and the City of Redmond to create a pedestrian/bicycle bridge connection across State Route 520. The project will connect people on the west side of SR 520 with the Redmond Technology Center light rail station and upgrade the light rail station to a more effective transportation hub.

“While working on this project, it was clear that all three entities wanted to come together to develop a unified plan for infrastructure that facilitates the use of reliable and efficient transportation and supports the well-being of Microsoft’s employees and the citizens of Redmond,” Cairncross & Hempelmann attorney Don Marcy said. “The project was complex, but it will increase ridership of light rail and the safety of those using the system, and it will transform an existing transit center into a valuable hub for a regional transportation system.”

Coordinating and pleasing all parties involved can present serious challenges, but also significant benefits. These are three key opportunities P3s can create.

P3s can stimulate the economy and assist the growth and development of local companies. They can establish transportation hubs that attract innovative and economically productive companies.

As a result of the P3 at the Redmond Technology Center light rail station, the station will become a point where Metro bus routes and the Microsoft Connector bus system integrate with Sound Transit’s light rail system. The pedestrian/bicycle bridge will enable employees and visitors to Microsoft’s East Campus and West Campus to access the light rail system without having to cross any public streets at grade level.

Proximity to employment opportunities is directly linked to an area's desirability, especially for millennials reliant on public transportation. Microsoft’s efforts to upgrade the Redmond Technology Center light rail station, in conjunction with its recent announcement that it is redeveloping the Microsoft world headquarters, will enable it to continue to attract top talent from around the world.

Employees may choose to live in downtown Seattle or downtown Bellevue, and have an efficient and easy commute to Microsoft’s world headquarters.

Although Microsoft was already present in Redmond, with numerous employment opportunities, internships and training programs, this significant P3, spearheaded by one of the most respected and recognizable brands, will further enhance the Overlake area as an existing employment center.

P3s can have a ripple effect, generating waves of future development. According to Marcy, the upgraded Redmond Technology Center light rail station will make the area attractive to other companies, as workers will have a much easier time getting to work.

The infrastructure improvement, job creation and presence of sophisticated companies like Microsoft all serve to inspire confidence in investors and other companies that may move to the Overlake area of Redmond.