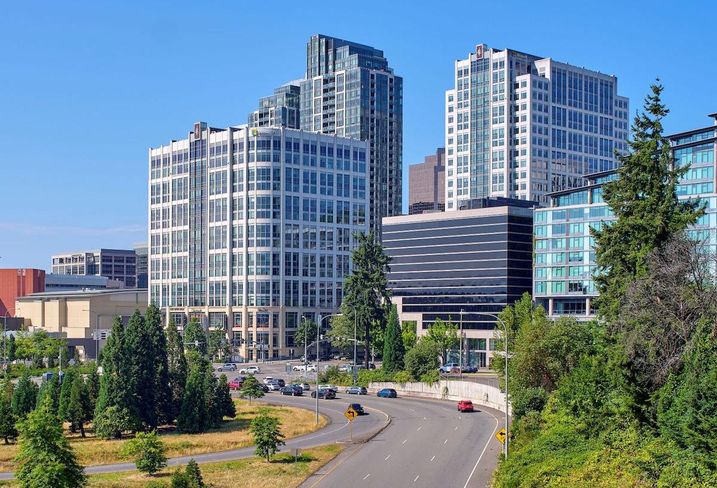 Courtesy of NKF
The Bravern Office Commons in Bellevue

The complex includes 305K SF of retail occupied by Jimmy Choo, Louis Vuitton and others, and a seven-level subterranean parking garage with 3,134 stalls. Two residential towers include 455 units.

Bellevue has seen several real estate transactions since Amazon announced it would move its worldwide operations team there by 2023, along with thousands of jobs. The pending arrival of light rail is also spurring interest in the city and driving up property values. Recent transactions include Bell Partners purchasing 3040 Apartments in Redmond for $96M, and Sunset North office complex selling for $227M.