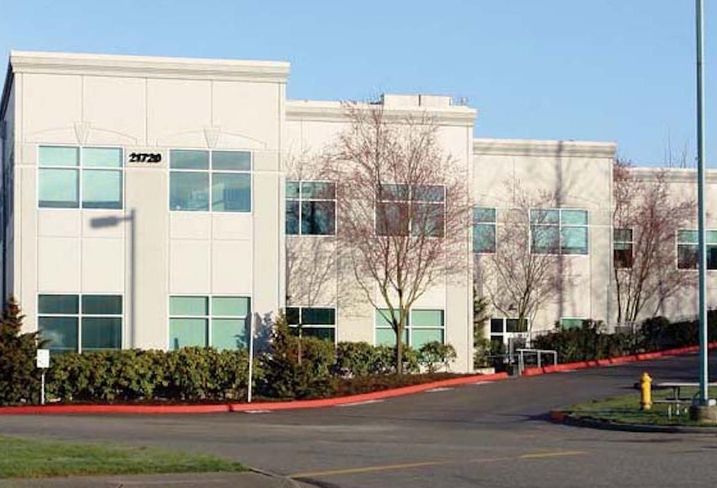 The Nexus Canyon Park Research Center, a 152,050 SF life sciences building in Bothell, has been refinanced for $19.9M.

Located on the tech-rich Eastside, the two-story facility was built in 1999 and underwent a renovation to convert space into flexible industrial areas for lab, office and flex users.

Bothell is becoming a life sciences hub with 1.5M SF of office space dedicated to that industry. Despite a declining vacancy rate, the market continues to be an economical choice for tenants, including Epoch Pharmaceuticals, Sony Biotechnology Inc., Sound Biologics and Shimadzu Scientific.

Flex space is sought after in the Puget Sound market and has driven demand in Bothell. NKF Vice Chairman Nick Kucha recently told Bisnow that Bothell is considered a discount submarket for life sciences, medical devices manufacturing, aerospace, telecom and utilities as Seattle and Bellevue continue to grow.

Bothell underwent a major downtown revitalization six years ago that included an innovation zone that now draws firms like Seattle Genetics and Phillips Ultrasound. The city became a bioscience hub thanks, in part, to its large tracts of flat land.

Former Bothell City Manager Bob Stowe oversaw the transformation of the town. The UW Bothell campus helped draw bioscience firms to the area, according to 425 Business.