Affordable Housing: Seattle Must Do More To Fill Missing Middle

Thanks to Amazon, Google, Facebook and other marquee-name employers, Seattle is the new high-tech place to be — and one of the most expensive to live in.

While the unemployment rate is low and the local economy is booming, Seatte’s emerging reputation as a tech hub is fueling rapid population growth and soaring cost of living increases. Answering the call for more housing, the commercial real estate industry has developed plenty of luxury high-rises that were expensive to build and are now expensive to rent.

But that does little help those who aren’t earning the triple-digit high-tech salaries. In fact, it hurts them: Seattle’s average area median income for a single person is $76,000 a year and the average rent is $2,000 a month for a 750 SF apartment, according to RENTCafé, putting housing far out of reach for anyone making less than that.

Seattle’s affordable housing problem will be one of the issues discussed at Bisnow’s upcoming Multifamily Annual Conference on Sept. 24. 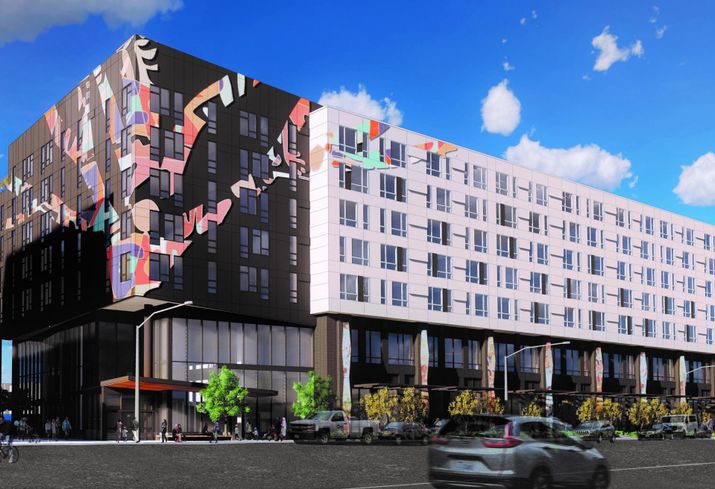 Courtesy of Weber Thompson
Seattle Children's is making an impact equity investment of up to $8M that will double the number of units in the Orenda available to those making 80% of AMI or less.

The MHA also upzones parts of Seattle that allow for larger buildings with more density that, theoretically, are more cost-effective for the developer. In exchange, developers must either build affordable housing into their projects or pay into the city’s affordable housing fund.

Spectrum Development Solutions principal Jake McKinstry, who will be a panelist at Bisnow’s event, believes Seattle has made a lot of progress toward developing affordable housing, but still has a long way to go.

“We need to be thinking about housing as a ladder,” he said. “We need tools that serve all levels. In other words, ensuring that families do not get displaced out of housing is essential to our homeless strategy.” 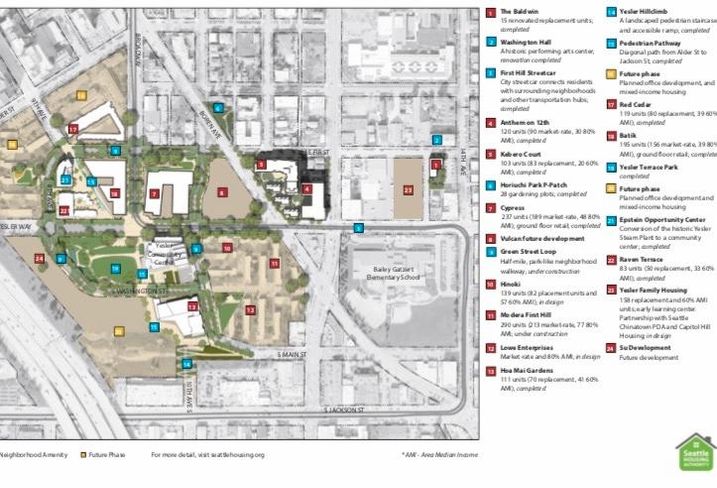 Courtesy of Seattle Housing Authority
The 30-acre Yesler Terrace redevelopment will include both affordable and market-rate housing.

McKinstry said that for every 5% to 7% rent increase, thousands of families lose their stable housing and fall into homelessness.

“That is why at Spectrum we are hyperfocused on serving a vastly neglected portion of the market: the missing middle,” he said.

The missing middle includes teachers, healthcare professionals and civil servants who can’t afford to live in the communities they serve. The current programs tend to serve either market rate or those making less than 60% of AMI, McKinstry said.

Spectrum is working with Laird Norton Properties and Seattle Children’s Hospital on the Orenda project at Othello Square. Spectrum is also one of the private companies working on the redevelopment of the Yesler Terrace, along with Vulcan Real Estate Development, Mill Creek Development and Lowe Enterprises Real Estate Group.

The 30-acre redevelopment — which is centrally located around 835 Yesler Way — will include a total of 5,000 housing units, many of which will be market rate. It does and will include trails, community gardens, a streetcar that connects residents to surrounding communities, office space, Yesler Terrace Park and a community center. 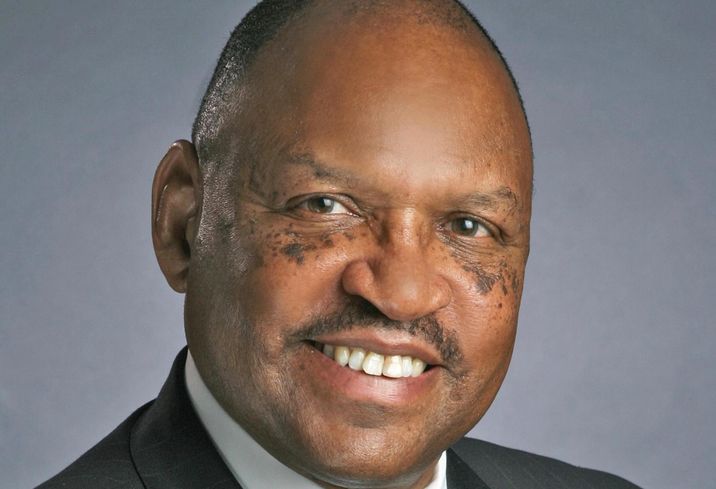 “We’ve had great support from elected officials, the private sector and nonprofits for creating this mixed income community,” said Lofton, who will also be an event panelist.

“From a Housing Authority standpoint, we don’t think concentrating low-income is conducive to a healthy community. A mix of incomes is a cornerstone of individuals becoming more self-sufficient and being able to achieve their goals and contribute to a strong neighborhood.”

There is always more that can be done, Lofton said. But the city has begun to turn its focus and attention on the need for more affordable housing.

“It is being addressed, but it takes time to see results,” he said.

The city, and the commercial real estate community as a whole, must continue to push forward in an effort to develop even more affordable housing for those who work in the city, McKinstry said.

“When you can’t provide housing for the very people serving the community you are tearing apart the fabric of those communities,” McKinstry said. “We have to solve it. Seattle has to be more innovative and creative in the tools that we use to address housing needs at all levels.”