What Does Co-Living Mean In San Jose? 'Whatever Works'

For the developers of housing-starved San Jose, just getting a project to pencil out is difficult ⁠— and when you factor in skyrocketing costs, it's nearly impossible. That is where co-living comes in. 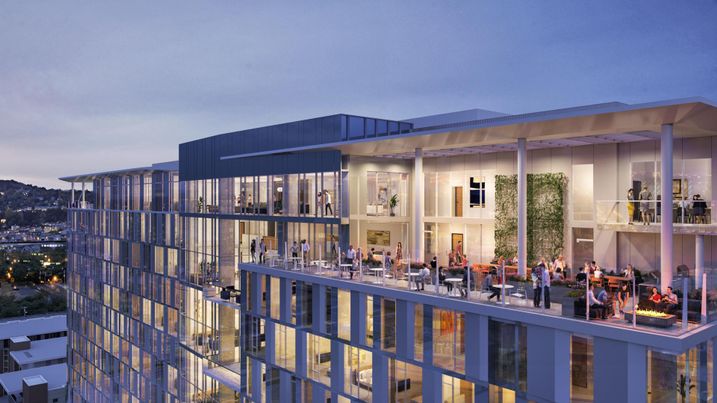 The city has 3,200 units under construction in its downtown, City of San Jose Downtown Manager Blage Zelalich said at Bisnow's The Future of Downtown San Jose event last Thursday morning. Yet another 3,700 across the city are entitled but unstarted, mostly because of soaring costs, and demand is only increasing because of the ambitious plans of Google at Diridon Station, Jay Paul at CityView Plaza and Gary Dillabough around downtown.

As a result, Mayor Sam Liccardo and the San Jose city government have embraced co-living and other micro-units as key components of Liccardo's plan for 25,000 additional homes by 2022. Developers are taking an interest in that route, too.

"Given the current hard cost environment, fee structures and some degree of ambiguity around incentives and fees, we're not looking as much at traditional multifamily," McMahon said at the event. "It's super trendy, so I'm almost embarrassed to say it, but we are thinking of co-living, micro and in some cases hospitality for downtown San Jose."

Co-living has only recently attained cachet among the established commercial real estate community and institutional financing, so the genre's exact definition is still often up for debate. But Bayview isn't as interested in the semantics, McMahon said. 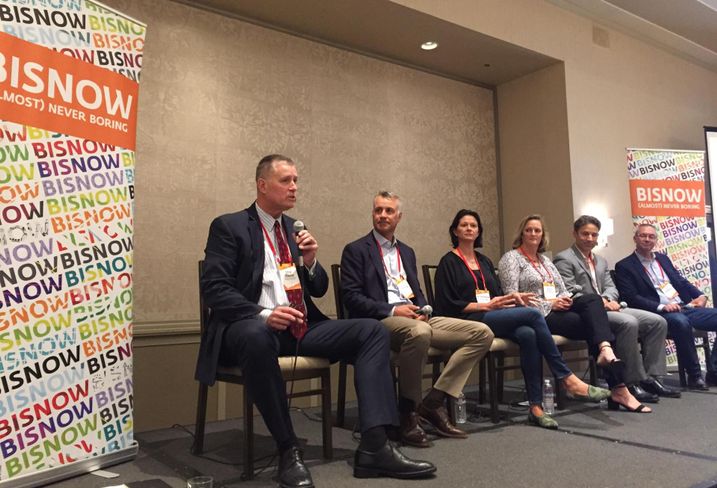 "We will run it every way under the sun in the pro forma to make it work," McMahon said with a laugh, in response to Rubicon Point Partners Ani Vartanian Boladian's request for a definition of co-living.

And in many cases, the co-living model does work. Both co-living and micro-unit developers cite the greater rents per SF that their denser living arrangements allow. With smaller units in general attracting greater occupancy around the country, developers are taking notice. In San Jose, getting projects as large as Starcity's 18-story, 803-bedroom project, which will break ground by year's end, to pencil out is no small feat — but doing so allows for more projects to thrive, developers say.

San Jose developer SWENSON is currently building The Graduate, a 19-story, 1,039-bed student housing project. That project has seen construction cost increases of 17% to 18% just since November, President and CEO Case Swenson said. Though material prices aren't helping, the region's labor shortage is by far the biggest driver, he said.

"Nobody can afford to live here," Swenson said. "You also only get 70% of the team you normally get, so everything takes longer, which doesn't help the financing side."

Developer Gary Dillabough thinks higher priority should be placed on building projects to allow construction workers to live in San Jose rather than deep in the Central Valley, for both cost-efficiency and ethical impact.

"We have to find a way to allow the people who build the city to stay in the city," he said. "We want to look at the cost equation differently, like not having to build as much parking, so all of a sudden a building becomes more affordable. A lot of us in this room know that probably half the parking stalls we'll be building are going to be stranded assets." 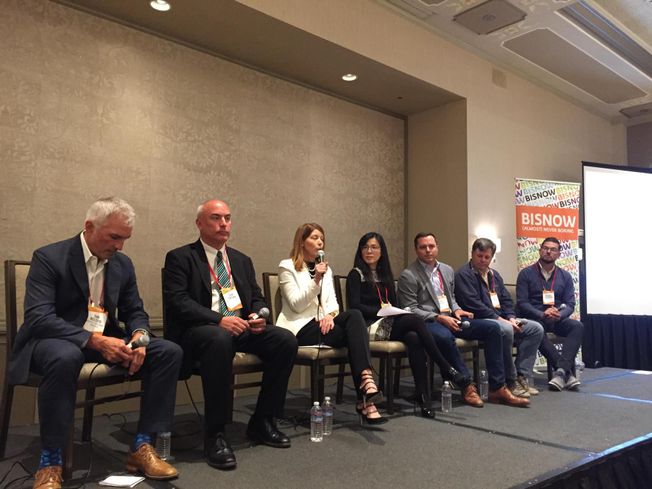 Anthony Cataldo, chief operating officer of Lowney Architecture, which has projects throughout the Bay Area, says he thinks San Jose is due for a correction in the sizes of its units going on the market.

"We're seeing 50 to 100 SF larger in one- to two-bedroom units [in San Jose]," Cataldo said. "I'm curious if, as we're increasing efficiency of units, unit sizes in San Jose come down to market demand in Oakland and S.F."

On top of financial feasibility for developers, builders said that the co-living layout offers a chance for affordability and density consistent with a vision shared by many of San Jose's stakeholders. "The simplest way to ensure 'affordability by design' is to build smaller units," Liccardo wrote in a blog post on housing earlier this year.

Increased density would also allow San Jose to handle the surge in population and jobs it needs to become a true metropolis.

"We are actively looking at more investments in downtown San Jose," said Boladian, whose company recently purchased office towers at 111 West Saint John St. and 111 North Market St. in San Jose for a combined $141M, according to the Mercury News.

"[Rubicon Point Partners] generally has a long-term perspective, and we think that downtown San Jose — particularly if some of these big projects come to fruition — will be likened to downtown Oakland and San Francisco," Boladian said.