When Cypress Equities snagged the location of its 6X6 retail shopping complex in Mid-Market, it made a huge gamble. It built a fully entitled building without securing any tenants during a time when retailers have been noticeably struggling. But it looks like the gamble will pay off through the creation of a one-of-a-kind retail building in the heart of Mid-Market. 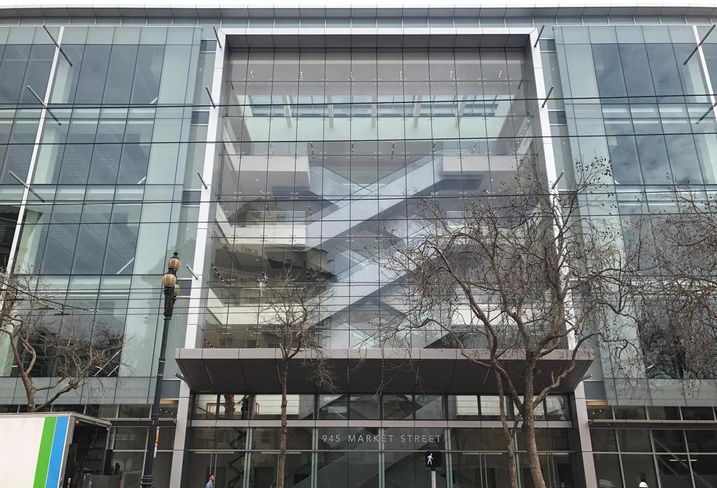 
The exterior of 6X6 in San Francisco's Mid-Market

“6X6 is the catalyst to extend the vitality of Market Street,” Cypress Equities CEO Chris Maguire said. “It will stand apart from traditional retail in this corridor due to its striking glass façade and be a beacon of change.”

Mid-Market has come to life in recent years. With Twitter and hundreds of other tech employees, additional pedestrian traffic has filled the street, which has helped retail thrive in this district. Salesforce CEO Marc Benioff has been encouraging his employees to get out and support local retailers, according to Cushman & Wakefield vice chairman Kazuko Morgan.

Morgan, with Cushman & Wakefield senior managing directors Vikki Johnson and Pamela Mendelsohn, is tasked with filling 6X6 with unique retail tenants. The six-story 250K SF building offers huge floor plates not seen in San Francisco’s iconic retail districts and will be the first retail development of its size since the Metreon. It is expect to open by the end of 2017. 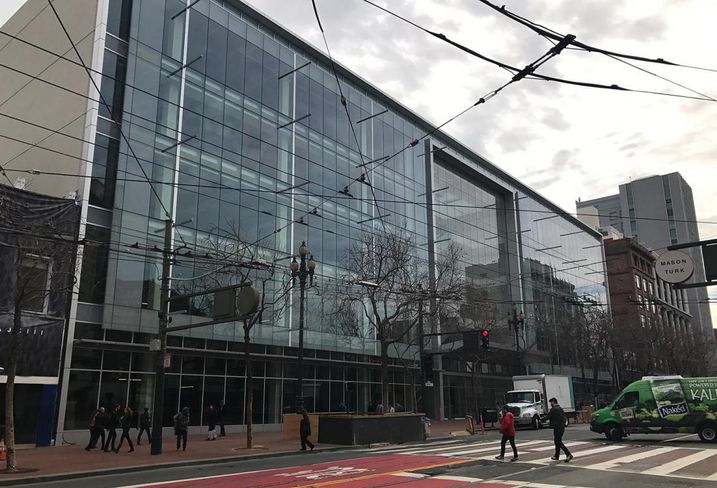 Bisnow Archives/Julie Littman
Previous owners of the vacant 6X6 mall received permission to convert almost 20% of it to office space.

Cushman & Wakefield’s retail team is not trying to make another luxury shopping experience like Union Square nor will this be a mall like Westfield San Francisco Centre. Instead, it will be an extension of these two retail areas.

“[6X6] will bring people in as a shopping destination,” Morgan said.

Each 40K SF floor offers different floor plan configurations allowing for an eclectic mix of tenants, including retailers wanting large floor plates. Morgan said rents have skyrocketed in Union Square to $1K/SF, which is not economically feasible for large tenants.

“This site brings in something San Francisco didn’t have and can accommodate the types of tenants we ordinarily couldn’t have in downtown San Francisco,” Johnson said.

The layout itself will be unique. When a customer steps off the escalator, there will not be any storefronts, just open floor plans, according to Morgan.

“We want tenants where people are flowing throughout the building,” Morgan said. 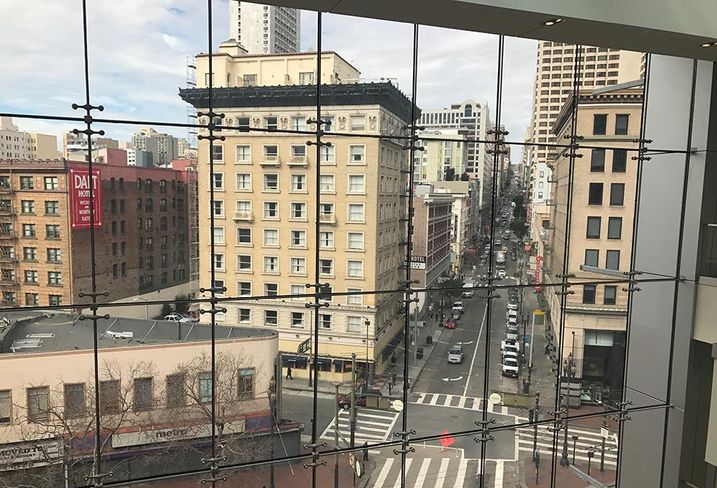 
The view from 6X6 in San Francisco's Mid-Market neighborhood

The team is not placing retailers just to fill up space, but painstakingly choosing retailers that would be attractive to younger shoppers who want edgier and state-of-the-art brands. The mix also will attract people throughout the day.

“You want the street to stay vibrant morning to night. You don’t want it all of a sudden to be dark and quiet,” Johnson said. “When we look at tenancy, we look at what serves what hour.”

Johnson said she anticipates retail to be spread from the ground floor to the fifth floor with an entertainment or restaurant component on the fifth floor. Food will be mixed throughout the building.

“I think it would be great if you had food throughout, and you can look up and down Market Street people-watching,” Johnson said. “It gets away from the norm of doing food ... in less valuable space like the basement.”

6X6 tenants will get plenty of visibility with 270 feet of frontage and will be easily accessible via public transit. There will be a two-level below-ground parking structure with 167 spots. 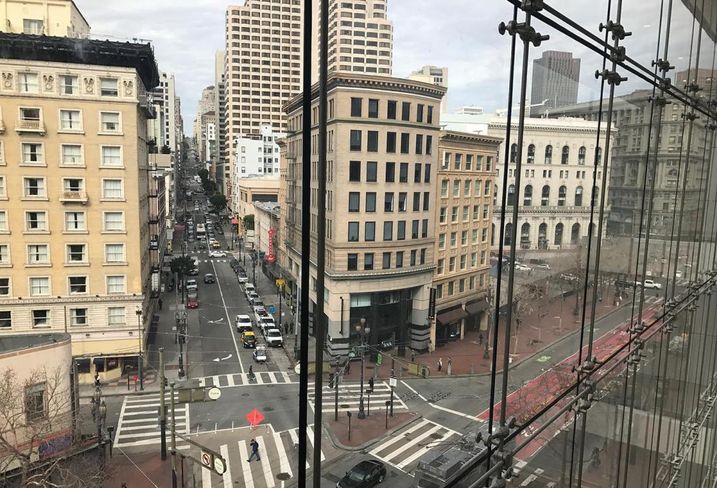 
The view from 6X6 in San Francisco's Mid-Market neighborhood

The Cushman & Wakefield retail team is not worried about the recent spate of department store closures when it comes to leasing up 6X6. Morgan said the closures relate more to consolidation and efficiency and decades of mergers.

“Sears and Mervin’s used to be stores with a little bit of everything, and we don’t shop that way anymore,” Johnson said.

Instead consumers prefer shopping at specialty stores for what they want. People go to places like TJMaxx for a certain price point or to an appliance store to purchase a refrigerator instead of department stores.

Morgan said some retailers, such as Barney’s, are expanding in San Francisco and New York. Nieman Marcus and Nordstrom also have opened new locations. These stores are successful because they have become stores specializing in fashion brands, Johnson said.