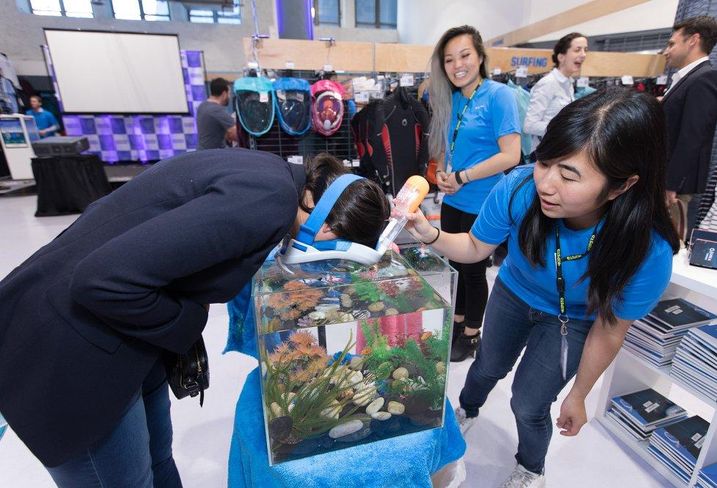 France-based Decathlon’s new U.S. location is not a typical sporting goods store. Not only does the 8K SF lab store at 735 Market St. in San Francisco provide facilities for demonstrating gear, it also provides maintenance, repair and customization services.

Decathlon Sports is set up in stations by sport and is overseen by retail staff specializing in that sport. The store serves as a spot for activities from group runs to workshops and yoga.

The retailer previously entered the U.S. market in 1999 when it acquired 18 stores from MVP Sports, but ended up shuttering the stores and leaving the U.S. in 2006, according to FashionNetwork.

Decathlon chose San Francisco because the city is a hub for different types of sports, including water sports, hiking, cycling and winter sports, according to Decathlon Chief Operating Officer Sophie O’Kelly De Gallagh.

This helps the company become more familiar with local sports fans, which will help the company gather information about its products. Decathlon uses vertical integration and creates and manufactures its own products based on feedback from its customers.

The company has an online website accessible to California residents, but the company plans to expand its online presence nationwide, she said.

Decathlon has over 1,350 stores in 39 countries. The company sells gear for over 50 sports, such as cycling, running, snowboarding, fishing, basketball and golf.

CORRECTION, APRIL 11, 9:25 A.M. PT: A previous version of this story incorrectly stated that Decathlon is opening its first U.S. store, but the retailer had stores in the U.S. in 1999 before shuttering them and leaving the U.S. market. The story has been updated.