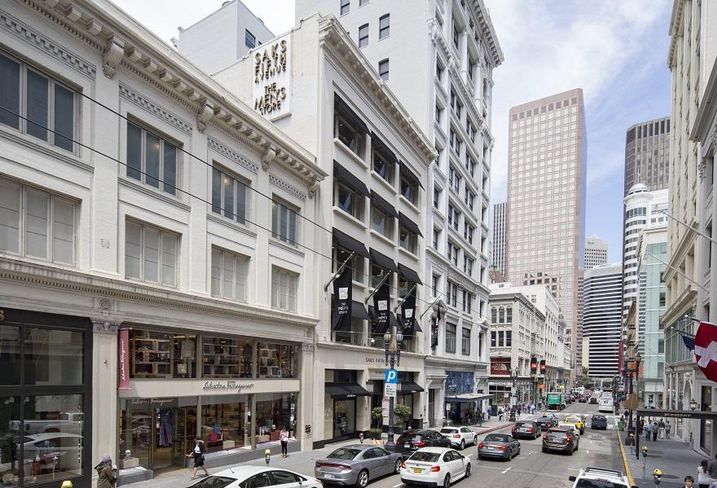 "This is truly a rare opportunity to acquire a high-profile retail property with significant upside potential in one of the most coveted investment markets in the country," CCRP founding partner and CEO Sigurd Anderson says.

The five-story building includes 50 feet of street frontage and totals 37,500 SF. The building is occupied by Sak’s Fifth Avenue men’s store, which will vacate in October once its lease expires.

“By delivering the building completely vacant, its new owners will be able to creatively re-image the building to appeal to discriminating luxury retailers,” says Colliers EVP Julie Taylor, who led the retail investment team repping the seller. Julie says this type of sale "only comes around once in a lifetime."

The buyer was represented by Newmark Grub Knight Frank. The team included Kyle Kovac, Dan Cressman, Mike Taquino and Jake Randolph of Newmark Cornish & Carey as well as Jay Luchs of NGKF's Los Angeles office. Luchs and his team will manage leasing of the property under the new ownership.