When Pacific Gas & Electric Co. broadened its shut-off map to about 600,000 customers Wednesday night, the utility company also added to the number of owners and property managers forced to enact emergency measures.

It's a potential, but untenable, new normal for Northern California.

"There has to be a better way," said Ed Del Beccaro, executive vice president of TRI Commercial, a prominent Northern California brokerage and property management firm. "We can’t be doing this four or five times a year. This can’t become the new norm." 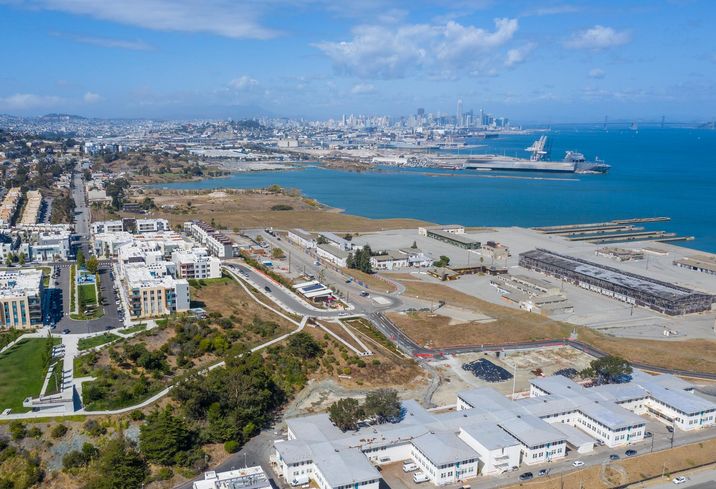 PG&E did not reply to a request for comment about how often it expects to enact rolling blackouts.

In San Diego County for much of the decade, Public Safety Power Shutoffs by San Diego Gas & Electric Co. have been a norm of sorts. The utility company has executed 13 such power shut-offs since the first instance in 2013, SDG&E told Bisnow.

Thrust into new territory starting Wednesday morning with the North Bay Area and counties inland falling into outage zones, Bay Area office and residential property managers have had to do some thinking on the fly while utilizing long-existing protocol.

“You can’t be in a building without power," Transwestern Northern California Vice President of Asset Services Blake Peterson said.

For the many older office buildings throughout the Bay Area, that means working remotely, or not at all, and hiring personnel for emergency 24/7 services.

"The whole building card access system goes down, and a lot of times that system is not on emergency power, but runs independently," Peterson said. "Engineers are on-site, security is on-site checking IDs, letting people in, often just to get medicine or cellphones."

Both Peterson and Institute of Real Estate Management San Francisco President Vanessa Honey say constant fire watch is a necessity. Honey says security will be compromised to an extent, even with more personnel brought to monitor darkened, unpowered multifamily buildings.

“We actually have to hire someone who is trained to use their eyes and their nose to monitor buildings and notify the fire department in the event of a fire," Peterson said. 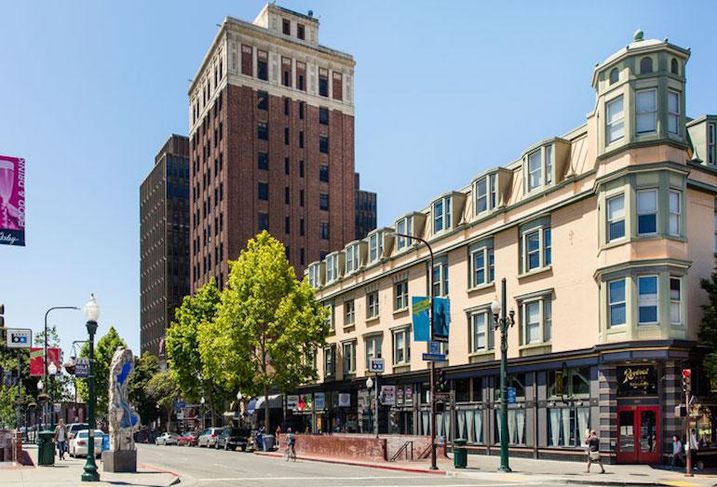 John Northmore Roberts & Associates
Berkeley is one of many cities affected by a lack of power.

Many of Transwestern's buildings, including its 1M SF footprint of life science ones in south San Francisco, have generators, but the company has faced several outages in unspecified properties in San Ramon and Walnut Creek. Peterson said Transwestern has taken precautionary measures for properties "on the cusp" of PG&E's shut-off map, which is based largely on weather forecasts, and has been in flux.

"We have a four-story building in Oakland, and we decided to stop using the elevators," she said. “The really critical piece is communicating with building occupants and owners."

IREM has stepped up its customer service, according to Honey. Many of its employees have dedicated their time to that given limited productivity on other tasks due to shut-offs. Most of IREM's leasing offices don't have generators.

"IREM professionals are going the extra mile from the leasing perspective and being extra kind and understanding during these times," Honey said. "We have more time because we have less to do with our computers down."

Transportation has been a widespread concern among tenants and property managers this week, including only recently allayed concerns that the vital Caldecott Tunnel would close and problems with BART would arise.

"The Public Safety Power Shutoffs are not affecting BART train service in any way because of the enhanced power redundancies we have put in place across BART's system," a BART spokesman told Bisnow.

But many were kept from work nonetheless, say Honey and Del Beccaro. Word that the Caldecott Tunnel would remain open barely arrived before outages commenced.

“I bet there is going to be a run on generators," Peterson said. "There is potential for landlords to recognize that lack of occupancy means lack of productivity and employers are going to want to be in buildings that can sustain through this type of thing. Our hands are completely tied by what PG&E chooses to do."

“Is this the new normal? That’s the question everyone is asking.”