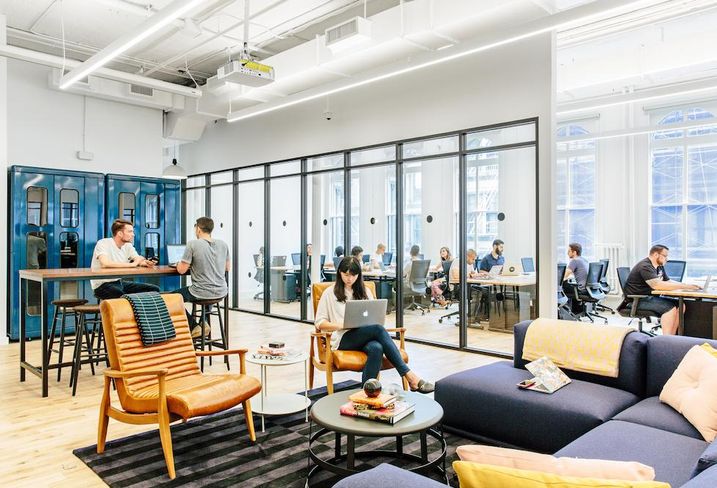 Courtesy of WeWork
HQ by WeWork, the new business line from the coworking giant aimed at midsize companies.

WeWork has secured more than 78K SF in San Francisco for its HQ by WeWork product.

The company is leasing 13 floors at 180 Sansome St., each with floor plates larger than 6K SF. The lease was signed last week, WeWork reports.

“With close to 80K SF representing the majority of office space at 180 Sansome Street, this is one of the largest locations we have secured for HQ by WeWork to date, reflecting the tremendous demand we are seeing for the offer across both East and West Coasts,” WeWork Chief Real Estate Development Officer Granit Gjonbalaj said in a statement.

WeWork announced the launch in August of HQ by WeWork, which is aimed at midsize businesses with between 11 and 250 employees looking for WeWork-managed spaces that are exclusive to their companies.

In San Francisco, the company leased 17,500 SF across four floors at 800 Market St. — the first HQ by WeWork location outside of New York City. It now has five locations in the San Francisco area, barring the new lease.

The company expects members to move into 180 Sansome St. in the first half of 2019.